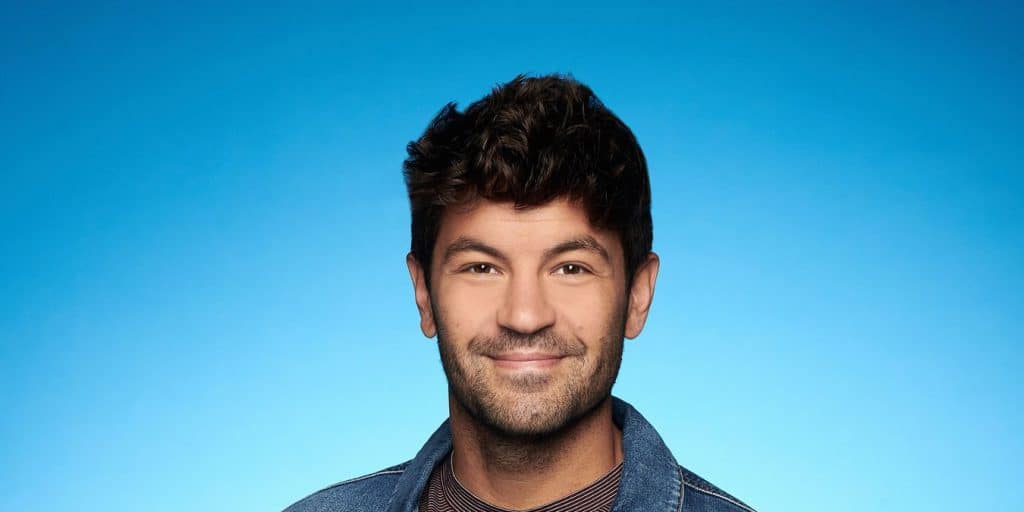 Jordan Masterson (How I Met Your Mother) Net Worth, Scientology

Who is Jordan Masterson?

Jordan Masterson was born on 6 April 1986 under the zodiac sign of Aries, in Long Island, New York City USA. He is a 35-year-old actor and director, probably best recognized for landing the role of Mark in the romantic comedy film “The 40-Year-Old Virgin” (2005), playing Dumptruck in the ABC Family comedy series “Greek” (2010-2011), and featuring as Ryan Vogelson in the ABC/Fox sitcom “Last Man Standing” (2012-present).

How rich is he, as of now? Jordan Masterson Net Worth

As of mid-2021, Jordan Masterson’s net worth is estimated at over $3 million, earned through his successful career as a professional actor and director, who has worked on more than 20 television and film titles since he launched his career back in 1993.

Jordan Masterson spent his early years on Long Island until his family later moved to Los Angeles, California. There, he was raised by his father, Joseph Anthony ‘Joe’ Reaiche, known as an Australian former professional rugby league footballer, and his mother, Carol Masterson, who works as his manager. He has two elder half-brothers from his mother’s previous relationship, named Daniel Peter ‘Danny’ Masterson and Christopher Materson, both of whom are actors. He has a younger sister, named Alanna Masterson, who is also an actress. He holds American nationality and belongs to White Caucasian ethnic group. Regarding his education, Jordan hasn’t shared any details about it.

Jordan Masterson started pursuing his professional acting career in 1993, when he made his debut television appearance in the role of Joseph in the made-for-TV drama film “Marilyn & Bobby: Her Final Affair”, alongside Jonathan Banks, James F. Kelly and Melody Anderson. During the same year, he featured as Zeb in the made-for-TV romantic drama film “Star”, directed by Michael Miller. He then took a break from acting for the next seven years and returned with a small role of a paperboy in an episode of the Fox period sitcom “That ’70s Show” in 2000. He then had guest parts in the Fox sitcom “Grounded For Life”, and The WB’s fantasy sitcom “Do Over”.

In 2002, Jordan Masterson made a guest appearance as a student in the critically-acclaimed Fox sitcom “Malcolm In The Middle”, which has been named one of the 50 greatest American TV series of all time. The series won seven Primetime Emmy Awards and a Grammy Award. Between 2002 and 2003, Jordan Masterson took the role of Adam Connors in two episodes of the ABC sitcom “George Lopez”. He then guest-starred as a teenager in an episode of the NBC comedy-drama series “Las Vegas”, and as Patrick in an episode of the CBS sitcom “Listen Up”.

His first major appearance came in 2005, when he was chosen to play Mark in the romantic comedy film “The 40-Year-Old Virgin”, sharing the screen with Steve Carell, Paul Rudd and Romany Malco. Directed by Judd Apatow, the film received positive critical reviews, and became a box office hit, grossing over $170 million worldwide against the budget of $26 million. Later that year, he featured as a skater in the short comedy film “Pancho’s Pizza”, which was followed by guest appearances as Eli in an episode of The WB/The CW family drama series “7th Heaven”, and Wayne Leonard in an episode of the CBS police procedural series “CSI: Miami”, both in 2006.

Thereafter, Jordan Masterson guest-starred as Jay Pastorfield in an episode of the CBS police procedural series “Without A Trace” (2007), and Colin in the episode “Three Days Of Snow” of the CBS sitcom “How I Met Your Mother” (2009) – the latter earned 30 Primetime Emmy Award nominations, and won ten. Later that year, he took the role of Jerry in the short comedy film “Poolside”, and featured as Chet in another short film, entitled “Midnight Ride”. Between 2010 and 2011, Jordan was cast in the recurring role of Dumptruck in the comedy-drama TV series “Greek”, broadcast on ABC Family. He then guest-starred as Pete Harrison in an episode of the TNT crime comedy-drama series “Memphis Beat” in 2011.

In 2012, Jordan Masterson landed the small role of Alex #14 in an episode of the social internet series “The Beauty Inside”, next to Topher Grace and Mary Elizabeth Winstead. During the same year, he played Jordy in the made-for-TV comedy film “Inland Empire”, written and directed by Eric Balfour, then joined the cast of the ABC/Fox sitcom “Last Man Standing”, in which he starred in the role of Ryan Vogelson for eight seasons from 2012 to 2021; it’s one of the highest-rating scripted TV series, which follows the life of a married father of three daughters.

Furthermore, he directed the 16th episode of the ninth season, entitled “Parent-normal Activity” in 2021. Concurrently, Jordan played Fred in the 2015 comedy film “Bad Roomies”, and portrayed a thief in the 2016 thriller film “Urge”, directed by Aaron Kaufman.

Jordan Masterson dated famous actress and singer Hilary Duff for three months back in 2004. He then entered a romance with actress and writer Angie Simms in 2006, a relationship which lasted for four years. Following their split, he became romantically involved with “Fifty Shades Of Grey” star Dakota Johnson back in 2011, but after dating for three years, the couple called it quits in March 2014. It is believed that he’s single at the moment.

Jordan has been active in the Church of Scientology since childhood, as he hails from a Scientology family. His mother and sister are still active there, while his father was ex-communicated.