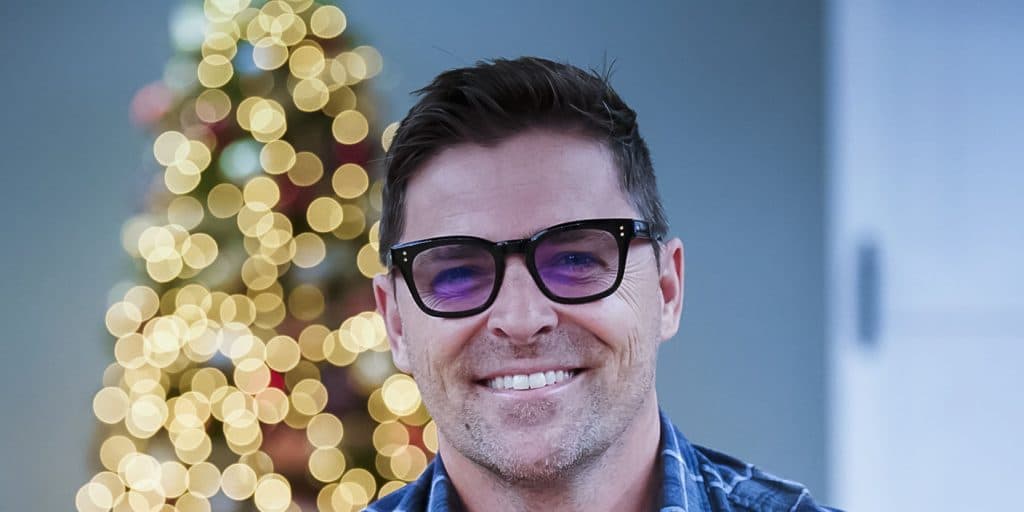 Who is Kavan Joel Smith?

Kavan Joel Smith was born on 6 May 1970 under the zodiac sign of Taurus, in Edmonton, Alberta, Canada. He holds Canadian nationality and belongs to White Caucasian ethnic group. He is a 50-year-old actor, probably best recognized for landing the role of Major Evan Lorne in the Syfy military sci-fi adventure series “Stargate: Atlantis” (2005-2009), and featuring as Leland Coulter in the Hallmark / Super Channel family drama series “When Calls The Heart” (2015-2021).

How rich is he, as of now? Kavan Smith Net Worth

As of early 2021, Kavan Smith’s net worth is estimated at over $800,000, earned through his successful career as a professional actor, who has garnered over 70 television and film titles since he launched his career back in the mid-1990s.

Kavan Smith spent his early years in his hometown of Edmonton – after his parents divorced, Kavan was raised alongside his brother by their father. Little is known about his family members, except that the name of his mother is June Hawk.

He excelled in various sports as a child, especially football and martial arts, and during his high school years, Kavan developed his love for performing and acting. He used to record and rehearse skits with a friend at the time, which they eventually performed on local buses and in shopping centers. Upon matriculation, he enrolled into the University of Calgary to study Economics, but dropped out after a year and a half.

He then joined the performing arts program at Mount Royal University, from which he graduated.

According to his IMDB account, Kavan Smith made his debut appearance as Clay Roberts in the Global adventure series “Destiny Ridge” in 1993. He then landed the roles of Chris in the NBC drama film “The Other Mother: A Moment Of Truth Movie”, young Dick Clark in the CBS biographical film “A Dream Is A Wish Your Heart Makes: The Annette Funicello Story”, and Tommy in the NBC romantic drama film “Mixed Blessings”, all in 1995. In the next year, he was cast as Lance in the Fox superhero film “Generation X” and played Fifth Officer Harold Lowe in the CBS two-part historical drama mini-series “Titanic”.

It was followed by his portrayals of Cliff in the ABC drama film “Alibi”, and Jack Templeton in the Fox psychological thriller film “Intensity”, both in 1997. By the end of the decade, Kavan also featured in such roles as Sergei Andropov in the UPN sci-fi film “Escape From Mars” (1999), Reese Godell in the made-for-TV action-drama film “Fearless” (1999), and Nicholas Willis in the sci-fi adventure film “Mission To Mars” (2000), directed by Brian De Palma.

In 2001, Kavan Smith landed the role of Ricky in the comedy film “See Spot Run”. It was followed by his portrayals of Matt in the CBS supernatural crime film “Living With The Dead”, Stephen Dugan in the Showtime drama film “Due East”, and Michael Frakes in the action-comedy crime film “Stark Raving Mad”, all in 2002.

He then played Anthony Wold in the 2003 Lifetime drama film “A Date With Darkness: The Trial And Capture Of Andrew Luster”, and starred as Neil Barlow in the 2004 made-for-TV family comedy film “Eve’s Christmas”.

Thereafter Kavan had a part as cowboy Eric in the made-for-TV western romantic film “Miss Texas” (2005), and took the recurring role of Zach in the Bravo! / Citytv comedy-drama series “Godiva’s” (2005-2006). He also starred in the role of Jed Garrity in the USA Network / Sky One sci-fi drama series “The 4400” between 2005 and 2007. He then joined the cast of the Syfy military sci-fi adventure series “Stargate: Atlantis”, portraying Major Evan Lorne from 2005 to 2009. The series was created by Robert C. Cooper and Brad Wright as a spin-off from “Stargate SG-1”, in which he reprised his role in two episodes, entitled “Enemy Mine” and “The Road Not Taken”.

In 2006, Kavan Smith took the role of Flynn in the made-for-TV sci-fi film “The Time Tunnel”, after which he played Brett in the Lifetime horror-thriller film “Nightmare At The End Of The Hall” in 2008. It was followed by his voice-over of a masked soldier in the 2009 video game “Damnation”, and his portrayal of Seth Cullen in the 2010 Hallmark Channel romantic film “Growing The Big One”. During the same year, he also appeared as Nathan Kessler in the Syfy horror film “Red: Werewolf Hunter”, based on the story of Red Riding Hood, as Simon in the CBC drama film “The Cult”.

Between 2010 and 2012, Kavan starred in the role of Deputy Andy in the Syfy adventure comedy-drama series “Eureka”. He then had parts as Jake in the Syfy film “Iron Golem”, and Mark in the Lifetime crime mystery thriller film “The Killing Game”, both in 2011.

In the next year, he served as an executive producer for the short drama film “Goner”. His next major role came when he was cast as Tom Travis in the Audience police series “Rough” from 2013 to 2014. Afterwards, he portrayed Scott in the made-for-TV romantic comedy film “Baby Boot Camp”, and Alan Bernard / Derrick Brooks in the Hallmark Movies & Mysteries crime mystery film “Garage Sale Mystery: All That Glitters”, both in 2014.

In 2015, Kavan Smith featured as Ellis in the ABC mystery drama soap opera “Mistresses”, and played James in the Hallmark romantic drama film “Hello, It’s Me”.

Later that year, he joined the main cast of the Hallmark / Super Channel family drama series “When Calls The Heart” (2015-present), starring in the role of Leland Coulter. It was followed by his portrayals of Nick Turner in the Hallmark romantic comedy film “Wedding Bells”, and Hayden Croft in the Hallmark Movies & Mysteries romantic drama fantasy film “The Irresistible Blueberry Farm”, both in 2016. He then featured as Nick Dyson in the Hallmark film “The Perfect Bride” (2017), and its sequel “The Perfect Bride: Wedding Bells” (2019). Most recently, Kavan co-wrote, and landed the role of Hank in, the romantic film “Love On The Menu” in 2019.

Apart from being an actor, Kavan Smith has worked on other projects as well. In 2006, he narrated the Canadian version of the documentary film “Uganda Rising”, then did voice-overs for such documentary TV series as  “Jetstream” (2008) and “Combat School” (2009), both of which were broadcast on the Discovery Channel. Thereafter, he narrated the Discovery Channel reality series’ “Pyros” (2012-2013), and “Strip The City” (2012-2014). Besides that, he served as a guest host for the Hallmark morning talk show “Home & Family”, from 2018 to 2020.

Kavan Smith has short dark brown hair and blue eyes. He stands at a height of 5ft 8ins (1.73m), while his weight is around 175lbs (80kgs). Information about his vital statistics, biceps size, and shoe size isn’t available.

Kavan Smith is a married man; his wife is Corrine Clark who is a casting director, who worked on “Stargate: Atlantis” and “Stargate Universe”. They met each other when Kavan volunteered at a treatment center. Although they manage to keep their relationship under the wraps, it’s known that they have two children.

He trained martial arts for 15 years.