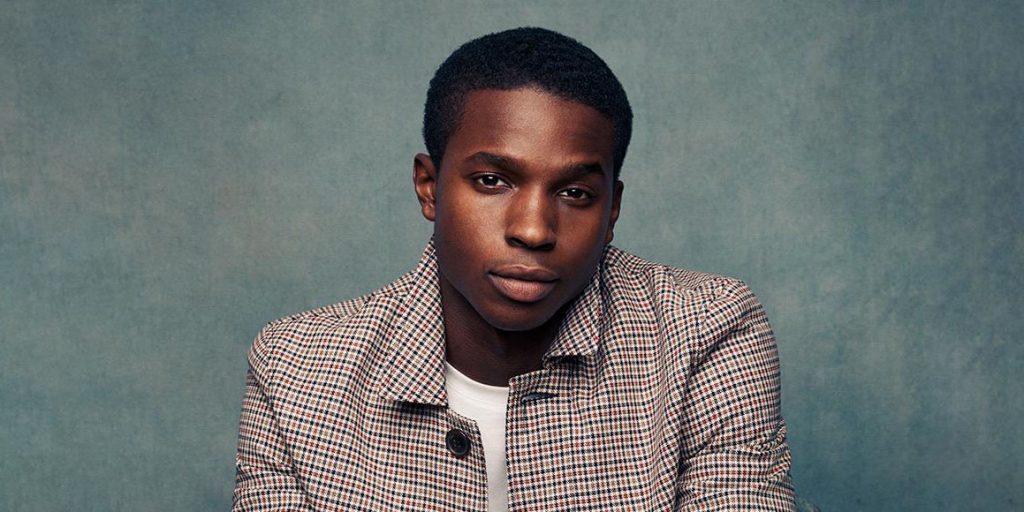 Kedar Williams-Stirling was born in Plaistow, London, England, on 14 December 1994 – his zodiac sign is Sagittarius and he holds British nationality. He is an actor and a model, who might still be known best for his portrayal of the lead character Junior, in the 2010 action crime comedy movie “Shank” written by Paul Van Carter, directed by Mo Ali, and which also starred Adam Deacon and Ashley Thomas. It follows a gang trying to avenge the death of one of their members, set in a futuristic London.

Kedar spent the first couple of years in Plaistow before the family moved to South London. He hasn’t spoken about his parents nor any siblings he might have, but it’s known that he is very close to his mother, and that she was there to encourage him when he decided he wanted to become an actor.

Kedar became interested in acting while attending elementary school, and appeared in various plays, often portraying lead characters. His mother persuade him to apply to Sylvia Young Theatre School when he was 10 years old, into which he was accepted, and went on to practice his acting skills at Barbara Speake Stage School as well.

Upon matriculating in 2012, he enrolled at the Italia Conti Academy of Theatre Arts (London), from which he graduated with a Bachelor of Arts degree in theatre in 2016.

Kedar made his debut TV series appearance in 2007, when cast to portray Adie Mazvidza in the episode “Back from the Dead” of the crime drama “The Bill”, which aired from 1984 to 2010 and counted 2404 episodes, although only managing to win seven awards.

The following year saw Kedar portray Levi Harris in two episodes of the mystery crime drama “Silent Witness”, which starred Emilia Fox, William Gaminara and Tom Ward, and follows various forensic pathologists and scientists as they help solve crimes – the series won eight awards and was nominated for five others.

In 2009, Kedar appeared in a single episode of the drama “Doctors” and gained recognition in 2012 after being cast to portray Tom Okanawe, one of the lead characters in the family fantasy “Wolfblood”, created by Debbie Moon and which also starred Gabrielle Green and Leona Baughan. It follows the only family of wolfbloods leading a peaceful life in Stoneybridge, until another wolfblood comes to the city and wreaks chaos. The series won four awards and was nominated for three more.

The year 2016 saw Kedar star in a single episode of the biographical historical mini-series “Roots”, which was a hit winning four awards and being nominated for 51 others including seven Primetime Emmys.

In the same year, he reprised his role as Tom Okanawe in eight episodes of the fantasy drama “Wolfblood Secrets”, then 2017 saw him portray Torey Martin in the episode “Stumped in Murder” of the crime comedy drama “Death in Paradise”, and he also appeared as Owen in six episodes of the drama “Will”, about the young William Shakespeare.

Two of Kedar’s most recent roles in TV series have been in the 2020 episode “Lovers Rock” of the drama “Small Axe”, and all 17 episodes of the comedy drama “Sex Education” which has been airing since 2019, and been nominated for 23 awards, winning four.

The year 2011 saw Kedar star as Nathan in the short comedy “Drink, Drugs and KFC”, written and directed by Aml Ameen who also played one of the lead characters in the film.

In 2013, Kedar starred in the short historical drama “You Are Me”, then in 2014 portray Lorenzo in the action crime drama “Montana”, which starred Lars Mikkelsen, Ashley Walters and McKell David, and follows a commando from Serbia and a teenage boy living in London who are plotting to kill a powerful crime lord and those who work for him.

In 2016, Kedar starred as Tony in the short romantic comedy “Elderflower”, which is about an interesting florist who has the most unusual clientele.

Kedar’s only other two roles in movies have been in the 2018 thriller “Two Graves”, and the 2019 comedy drama “Changeland”, the latter written and directed by Seth Green who also starred in it alongside Breckin Meyer and Brenda Song.

Kedar appeared in an episode of the 2013 documentary series “School for Stars”, and the following year saw him appear in the family show “Officially Amazing”. In 2015, he competed in the game-show “Ultimate Brain”.

Kedar might be one of the most secretive actors in the film industry, as he hasn’t mentioned any girls or boys he might have dated, preferring to keep his personal matters to himself. However, several people on the internet have claimed to have seen Kedar walking hand in hand with his girlfriend on more than a single occasion, and have indicated that it was the same girl each time, meaning that Kedar might be in a long-term relationship.

He hasn’t commented on the rumors, and his current relationship status remains a mystery.

There are also some who believe Kedar to be gay, mostly because he is a model, but Kedar hasn’t commented on these rumors either.

Although Kedar enjoys modelling, he considers it only as a hobby rather than a job. He picks the offers he wants, and turns down the others.

He is very muscular as a result of going to the gym four to five times each week.

Kedar believes all people deserve equal rights, and thus his support of the movement Black Lives Matter. He’s uploaded at least one picture taken during the protests onto his Instagram account, and has also attended one protest himself. He is also a lover of animals, and is helping the World Wildlife Fund (WWF) protect endangered species from extinction.

In his spare time, Kedar likes to watch movies starring his favorite actor and actress Robert Downey Jr. and Scarlett Johansson, such as “Iron Man”, “Avengers: Endgame” and “Ghost in the Shell”.

Age, eyes, height, and net worth