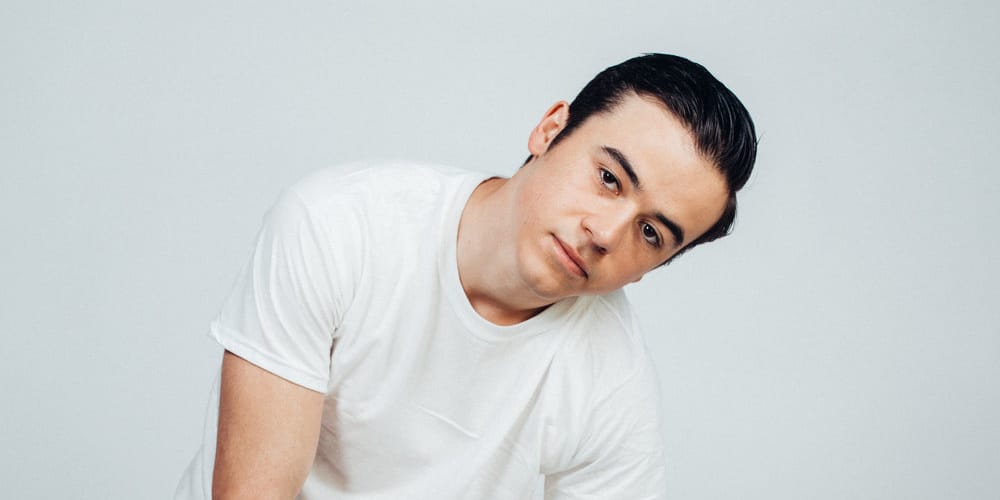 Who is Keean Johnson?

Probably best known for his role of Hugo in the action movie “Alita: Battle Angel”, Keean Johnson is a rising American actor and dancer. He was born on 25 October 1996 in Denver, Colorado USA, under the star sign of Scorpio. He holds American nationality, and as of 2021, he is 24 years old.  His full name is Keean Manny Johnson, and he’s of mixed ethnicity.

Despite the scarcity of information regarding his family, here is what is known: his father’s name is Mark and he’s British, while his mother is American. In an interview, he disclosed that he was homeschooled at a young age, and enrolled at a school only in the fourth grade.

He a younger brother named Cade, who has also done some acting, appearing in the 2011 documentary entitled “Reagan” on History Channel in the role of a young Ronald Reagan in.  In a couple of Keean’s public appearances, Cade joined his brother such as in the “Billy Elliot” musical, and the premiere of the “Turbo Fast”.  There is not much information about his academic endeavors, except that he’s a university graduate.

Before making his TV and movie debut, Keean was a very active young theater actor, appearing in over 300 shows on Broadway. He began his career at the age of 11, participating in the play “Plainsong” at the Denver Center for Performing Arts.

His active involvement in theater and his acting abilities caught the eye of the casting director of the musical “Billy Elliot”, who offered him the role of Michael in the acclaimed Tony Award-winning musical.

He made his TV debut in 2012 as the recurring character Colt Whitaker, in the American musical drama ”Nashville”. In 2013 he landed the main role of Adam Freeman in the action/adventure TV series “Spookesville”, which garnered him two nominations in the same year, for the Young Artist Award in the category for Best Performance in TV series-Supporting Young Actor, and Outstanding Young Ensemble in a TV Series. According to many, this role gained him popularity and opened doors for many other acting gigs and opportunities.

After the success of the above-mentioned TV series, he made appearances in various American family drama series, such as “The Fosters”, “Switched at Birth”, “Guidance”, etc. In 2016, he made his movie debut in the American comedy drama “Heritage Falls”, followed by his most accomplished part in “Alita: Battle Angel” – without a doubt, his career took off after his portrayal of Hugo in the cyberpunk action movie, alongside Rosa Salazar, Christoph Waltz, and Jennifer Lynn Connelly. The movie was based on a Japanese Manga series titled “Battle Angel Alita” by Yukito Kishiro and directed by Robert Rodriguez. It is the most successful and the highest-grossing movie with a break-even report considering the budget, which was between $150-200 million.

In 2019, he starred in the American drama film “Low Tide” and the horror slasher movie “We Summon the Darkness”. In the same year, he appeared in “Midway”, an epic war movie that was received with mixed to negative reviews. During the same year, he was cast as Daniel in the teen drama series “Euphoria”. Upon its premiere, the show amassed a heap of praise and positive reviews for its story, cinematography and acting. His latest appearances include the American historical drama “Emperor”, the heist movie “Cut Throat City”, and the romantic teen drama “The Ultimate Playlist of Noise”, which premiered on 15 January 2021.

Reportedly, Kean has been dating Sofia Boutella, an Algerian model, actress, and dancer.

They were spotted for the first time at the premiere of “Alita: Battle Angel” in early 2019, after which the news about their relationship became public. It’s believed that the couple started dating sometime in 2018, but decided to hide the relationship from the public eye. Later they were spotted holding hands and enjoying long walks in LA. The reason for hiding their relationship may be the 14-year age difference, despite which they seem to have managed to make it work.

Sofia rose to prominence with a Nike add which led her to be cast as a professional dancer for Madonna. She’s appeared in over 20 music videos of superstars such as Usher, Bebe Rexha, Chris Brown, etc.

After six years of accompanying Madonna, Sofia decided to dip her toes into acting; her most notable role has been as Princess Ahmanet in the film “Mummy”, alongside Tom Cruise. Regarding her dating history, she previously  dated the Irish actor Robert Sheehan.

Keean is 5ft 7ins tall (170cm) and weighs around 130lbs (60kgs). His hair is dark brown, and his eyes are brown as well. Keean was given the title “quadruple threat” by Flaunt Magazine for his active involvement in acting, photography, dance, and art; his Instagram account is full of his photographs and collaborations with other artists. In an interview, he said that his greatest influence was his mother’s outlook: “My mom’s big philosophy, which most people watching us grow up disagreed with, was that creativity is as important as academia.

Every single day we would do something creative as well as learn about math or science or social studies.”

He further explained that even though he was not trained in anything, this type of mindset allowed him to be free and express his feelings through art. Even though he is best known for his acting gigs, he is a great lover of dancing; on 17 January, he posted a very distinctive dance video on his Instagram, choreographed by Keean and JA (collective).

Sources estimate that net worth is close to $3 million, which he’s acquired through his acting career. His estimated monthly income is reputedly around $50,000. It does not come as a surprise, given he’s starred in high-grossing movies and TV shows.

It seems that Keean is not a great fan of social media. He has an Instagram account with over 60,000 followers, with most of his posts are recent acting gigs such as “Cut Throat City”, and unique photography, collaborations with his girlfriend Sofia, and other artists. In a 2019 interview, he said that he uses social media to share inspiration. He is also a supporter of Black Lives Matter protests and demonstrations.

Keean seems to price his private life and family orders away from the public light, given that he doesn’t share any family photos. It appears that Keean uses neither Facebook nor Twitter.

His favorite place is Iceland; his travel essentials are a sketchbook, headphones, and a good book. At the moment, Keean is living in LA due to his job, during which he’s developed an interest in surfing, so when he’s not working he’s at the beach catching waves.

Interestingly, Keean is a creative fashion enthusiast; he has a stylist with whom he arranges outfits and makes original clothing. He has even designed his own with the help of the stylist, saying: “It was cool. She’s pretty amazing and took me under her wing, and allowed me to express myself in my own way.“