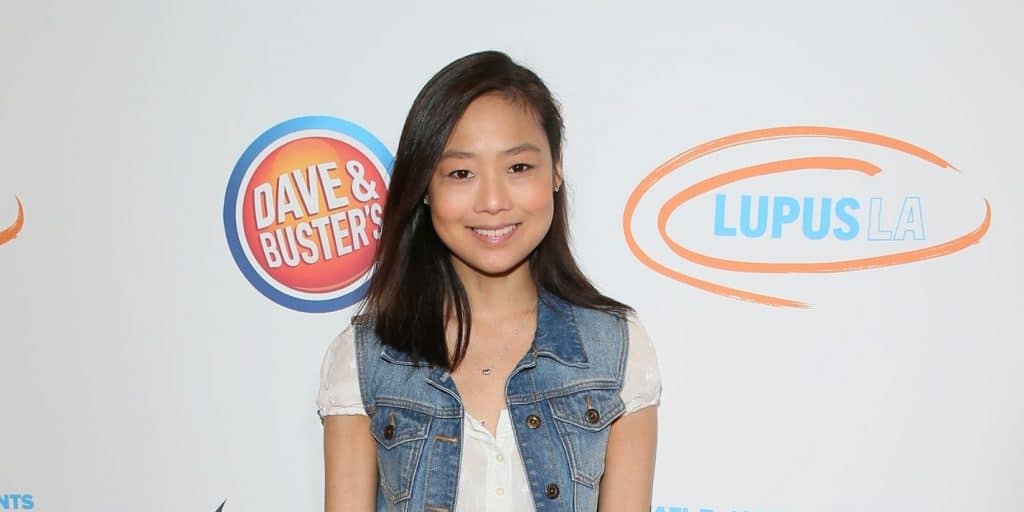 What is Krista Marie Yu’s ethnicity?

Krista Marie Yu was born in Alameda, California USA, on 25 October 1988 – her zodiac sign is Scorpio, she holds American nationality, and her ethnicity is Chinese. She’s an actress, who’s perhaps known best for her portrayal of Molly Park in the comedy series “Dr. Ken”. Created by Jared Stern, Ken Jeong and John Fox, it aired from 2015 to 2017, starred Ken Jeong, Tisha Campbell and Suzy Nakamura, and follows the life of a doctor, who’s struggling to balance work and family; the series won one of the four awards for which it was nominated.

I cried a lot this past year. So many people are hurting, including those within my community. Within this past year the rise in Anti-Asian hate crimes have increased by 1900% and targeting our most vulnerable elders. Each attack breaking my heart. pic.twitter.com/cJDIRpqdmV

Krista was raised alongside her younger brother in Alameda, by their parents who prefer to be left out of the media’s attention, thus nothing is known about them.

She attended a local high school, and was a member of its drama club, appearing in various plays. Upon matriculating in 2007, Krista enrolled at Carnegie Mellon University, and graduated with her Bachelor of Fine Arts degree in acting in 2011.

Krista made her debut film appearance aged 13 in 2002, when she starred in the short drama “The Theater of Martin Lin”, and her following role came eight years later, in the 2010 short comedy drama “Death to Romance”.

In 2012, Krista was cast to play Yoshi in the action science fiction “Sync”, and the same year saw her portray Jordan, in the hit adventure comedy “Fun Size”. Written by Max Werner, and directed by Josh Schwartz, it starred Victoria Justice, Johnny Knoxville and Chelsea Handler, and follows Wren who has to babysit her brother during Halloween, but has now gone missing.

A couple of Krista’s following roles were in the 2012 comedy “I’m Not a DJ”, and in 2014 the short family drama “Life Grows On” and the short comedy “On Georgia’s Mind”. In 2015, she played the supporting character Lily the Florist in the romantic fantasy comedy “Love the Coopers”, written by Steven Rogers, directed by Jessie Nelson, and which starred Steve Martin, John Goodman and Diane Keaton. It follows four generations of the Cooper family, and the film was nominated for two awards.

Three of her most recent roles in movies have been in the 2019 short drama “Swimming”, the  short drama “Fall to Fame” and the  short fantasy drama “Moonchild”, both in 2020

Krista made her debut TV series appearance in 2012, when she played a Waitress, in the episode “Family Portrait” of the comedy drama “Parenthood”, and the following years saw her make a guest appearance in various series, such as the romantic comedy “Cougar Town”, the comedy “The Middle”, and the romantic family drama “Switched at Birth”.

Between 2013 and 2015, Krista played the supporting character Ashley, in the action comedy drama “The Thundermans”, created by Jed Spingarn and starring Kira Kosarin, Jack Griffo and Addison Riecke, it follows the lives of twins with superpowers. The series aired from 2013 to 2018, and won two of the 18 awards for which it was nominated.

The year 2017 saw her play Julia, one of the main characters in the comedy mini-series “Just Another Nice Guy”. It revolves around Derek, who’s trying to learn what it really means to be a ‘nice guy’.

Since 2018, Krista has been portraying Jen in the comedy “Last Man Standing”. It was created by Jack Burditt, stars Tim Allen, Hector Elizondo and Nancy Travis, and follows the life of a married man and his three children. It has won five of the 18 awards for which it has been nominated, including three Primetime Emmy nominations.

As of mid-2021, Krista’s currently shooting for the upcoming comedy “The Break-up Diet”.

She could have been seen featured in the 2020 TV special “The 28th Annual Movieguide Awards”.

Krista has made a guest appearance in a number of talk-shows, including in “The Week in Hollywood”, “What’s Up Orange County” and “Stars in the House”.

Krista prefers not to speak about her love life, as she wants to keep the details surrounding the men whom she might have dated to herself.

There are still rumors circulating the internet, claiming that Krista perhaps has a husband. Some of her fans have claimed to have seen Krista spending time with a man who could perhaps be her other half – it’s believed that they exchanged vows in secret, sometime in 2020.

This hasn’t been confirmed, nor has Krista commented on this.

There are also those who claim that she’s a lesbian, and that this is why she hasn’t spoken of the men whom she has been with. This hasn’t been confirmed either.

As of June 2021, Krista seems to be single, hasn’t married, and doesn’t have children.

Krista’s passionate about travelling, and has been to various US states for both work and pleasure, and to a number of Asian countries, with her favorite being China.

She’s into anime, and her favorites are “Death Note”, “Naruto” and “Cowboy Bebop”. Krista also enjoys watching Studio Ghibli movies, with some of her favorites being “Laputa: A Castle in the Sky”, “Nausicaa of the Valley of the Wind” and “Howl’s Moving Castle”.

She likes to taste various cuisines, and her favorite is Mexican food.

Krista has her own favorite actors and actresses, some of whom are Jackie Chan, Steven Yeun and Lucy Liu, and a couple of her favorite movies are “The Drunken Master”, “Burning” and “Sorry to Bother You”.