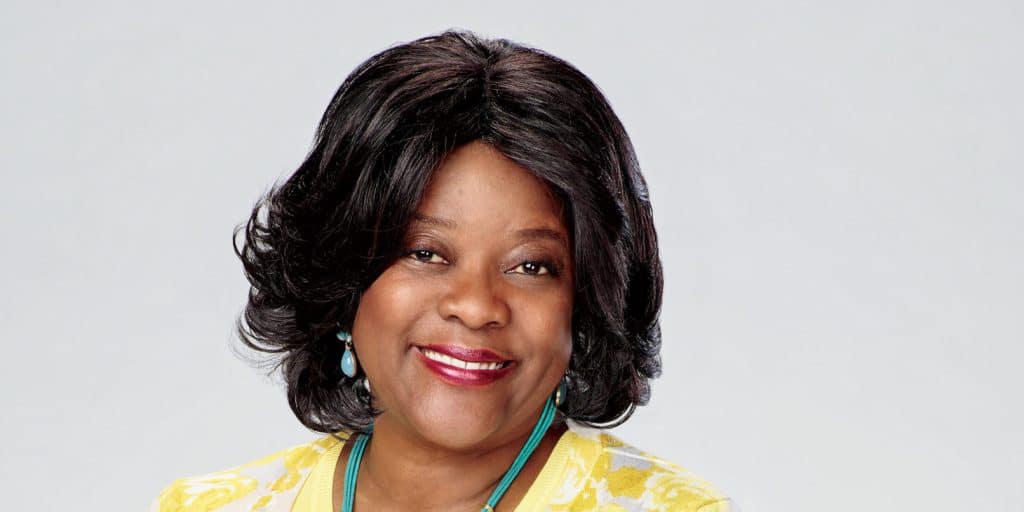 Who is Loretta Devine?

Loretta Devine was born in Houston, Texas USA, on 21 August 1949 – her zodiac sign is Virgo, and she holds American nationality. She’s an actress and a singer, who has appeared in more than 160 movies and TV series, while she’s perhaps still known best for her portrayal of Shaniqua, in the 2004 crime thriller movie “Crash”. It was written and directed by Paul Haggis, starred Don Cheadle, Sandra Bullock and Thandiwe Newton, and follows several Los Angeles citizens whose lives interweave in loss and redemption; the movie won 69 awards, including three Oscars, while it was nominated for 112 other awards.

Loretta was raised in Houston alongside her five siblings, by their mother Eunice O’Neal (nee Toliver), who worked as a beautician; Loretta’s father James Devine was a laborer, but he abandoned the family when she was still very young.

She was physically highly active while attending George Washington Carver High School, as she was a cheerleader, and also played soccer and tennis. It was during her four years there that she became interested in acting, appearing in various plays performed at the school, however, Loretta still chose to focus on her education, rather than to pursue an acting career straight away.

She worked several jobs for the following five years, before launching her acting career.

Loretta made her debut film appearance in the 1981 drama “Will”, and two years later, she was invited to play Schoolteacher Ms. Benson, in the science fiction drama “Anna to the Infinite Power”. She gained recognition in 1988, when she portrayed the supporting character Verna McLaughlin in the thriller drama “Little Nikita”, directed by Richard Benjamin, and which starred Sidney Poitier, River Phoenix and Richard Jenkins; it follows an FBI agent who’s trying to prove that an American family are Soviet sleeper agents.

Loretta started off the ‘90s with her appearance in the 1991 action thriller “Caged Fear”, and in 1992 she portrayed Blade’s Mom in the comedy “Class Act”. It was directed by Randal Miller, starred Christopher Reid and Christopher Martin, and follows a delinquent and a valedictorian, whose school records have been switched, while their peers have now also begun treating them differently.

Some of Loretta’s other notable performances in the ‘90s were in the ‘95 romantic comedy drama “Waiting to Exhale”, the ‘97 crime drama “Hoodlum”, and the ‘98 drama “Down in the Delta”.

One of the most popular movies in which she has appeared was the 2000 romantic fantasy comedy “What Women Want”, directed by Nancy Meyers, and which starred Mel Gibson and Helen Hunt.

It follows an advertising executive who has become able to hear women’s thoughts – the movie won five of the 14 awards for which it was nominated. In the following year, Loretta appeared in the hit drama “I Am Sam” which starred Sean Penn, and a couple of her other notable performances in the 2000s were in the 2006 musical drama “Dreamgirls”, the 2007 romantic comedy drama “The Christmas”, and the 2008 crime comedy drama “First Sunday”.

In 2011, we saw her play Mrs Taylor, in the comedy drama “Jumping the Broom”, which follows two very different families who are spending a weekend together on Martha’s Vineyard, attending a wedding, and it won three of the 16 awards for which it was nominated. Loretta also had roles in the 2014 drama “You’re Not You”, the 2017 romantic fantasy comedy “Naked”, and the 2018 drama “Behind the Movement”.

Three of her most recent movie roles have been in the 2020 thriller “Always and Forever”, followed by the short drama “The McHenry Trial – Don’t Judge a Kid by Their Hoodie”, and the 2021 romantic comedy drama “Queen Bees”. Loretta’s currently shooting for five upcoming movies, including the romantic drama “Christmas Déjà Vu”, and the comedy “Rites & Wrongs”.

Loretta made her debut TV series appearance in 1987, with her portrayal of Cheryl in the episode “Sirens” of the action adventure comedy “CBS Summer Playhouse”, and gained recognition in the same year when she guest starred as Stevie Rallen in the comedy “A Different World”. It was created by Bill Cosby, starred Lisa Bonet, Kadeem Hardison and Jasmine Guy, and follows a group of black students who are attending an historically Black university; the series aired from 1987 to 1993, and won 17 of the 28 awards for which it was nominated, including three Primetime Emmy nominations.

The ‘90s saw Loretta play supporting characters in a couple of critically acclaimed series, such as the comedy drama “Roc”, the family crime drama “Picket Fences”, and the family fantasy drama “Touched by an Angel”. Between 1999 and 2001, she voiced the main character, Muriel Stubbs in the animated comedy “The PJs”, created by Eddie Murphy and Steve Tompkins, and which also starred Ja’net DuBois and Michele Morgan.

It follows the people living in a housing project, and won eight awards, including three Primetime Emmys, while it was nominated for eight other awards.

Between 2000 and 2004, Loretta played the lead character Marla Hendricks, in all 81 episode of the comedy drama “Boston Public”, created by David E. Kelley, and which also starred Anthony Heald and Fyvush Finkel. It follows the lives of people employed at a Boston high school, and the series won 14 awards, including a Primetime Emmy, while it was nominated for 29 other awards. Some of Loretta’s other notable performances in that decade were in the mystery comedy drama “Wild Card”, the musical comedy drama “Everybody Hates Chris”, and the fantasy comedy drama “Eli Stone”.

In 2012, she starred as Georgia Cummings, in the crime drama “The Client List”, and the following year heard her star as Hallie, in the animated mini-series “The Doc Files” (voice role).

Three of Loretta’s most recent roles in TV series have been in the 2021 episode “No Bus No Fuss/Resident Upheaval” of the animated adventure comedy “The Loud House” (voice role), 23 episodes of the romantic drama “Grey’s Anatomy” since 2005, and since 2019, 35 episodes of the comedy “Family Reunion”.

She has sung songs in 18 movies and TV series, including in the 2001 family comedy film “Kingdom Come”, the 2004 episode “Chapter Seventy-Nine” of the series “Boston Public”, and the 2006 biographical musical drama “Life Is Not a Fairytale: The Fantasia Barrino Story”.

She has been featured in numerous documentaries, including the film “Urban Legacy: The Making of Urban Legend” and the short movie “The Legend Continues: Urban Legends Final Cut” both in 2018, and the 2021 movie “Broadway: Beyond the Golden Age”.

Loretta has also made a guest appearance in various talk-shows, such as “The Chew”, “Made in Hollywood” and “The Wendy Williams Show”.

Loretta has won 23 of the 54 awards for which she has been nominated, including a 2011 Primetime Emmy win for Outstanding Guest Actress in a Drama Series, for her performance in “Grey’s Anatomy”.

Some of the other awards she’s won include nine National Association for the Advancement of Colored People Image Awards, a Vegas Movie Award, and a Gracie Allen Award.

We wanted to take some time to give some flowers to the one and ONLY Ms. Loretta Devine (@lodivadevine). 💐❤️ pic.twitter.com/AYYCgzDZNo

Loretta has married twice. In 1973, she exchanged vows with Lamar Tyler, an American film editor, and the two were together for close to 35 years, before divorcing on 4 January 2008, following a 10 years long separation. They have one child together, however, Loretta has been keeping him/her away from the media’s attention.

She’s today married to Glen Marshall, a non-celebrity American who prefers to stay away from the media’s attention. Neither has shared the date of their wedding, although some sources mistakenly claim that the event took place in 2001.

As of August 2021, Loretta’s married to her second husband Glen Marshall, and has a child with her first husband Lamar Tyler.

Loretta loves to travel, and her acting career has taken her to nearly all US states, while she’s been to at least one country on every other continent, with the exception of the Antarctic; her dream travel destination is Venice in Italy.

She has been a philanthropist since the launch of her acting career, and has worked with various charity organizations which aim to help underprivileged children.

Loretta’s a fan of National Basketball Association (NBA), and her favorite player was the late Kobe Bryant.

Loretta has her own favorite actors and actresses, some of whom are Will Smith, Eddie Murphy and Rosario Dawson, while a couple of her favorite movies are “I Am Legend”, “Seven Pounds” and “Meet Dave”.