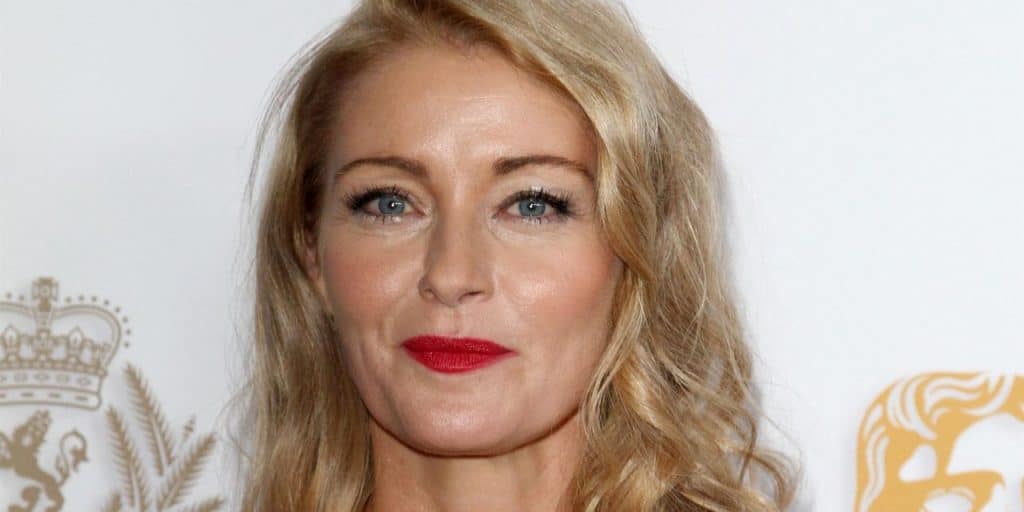 Who is Louise Lombard?

Louise Marie Perkins was born in Redbridge, London, England, on 13 September 1970 – her zodiac sign is Virgo, and she holds British nationality. She’s an actress with over 50 credits to her name, while she’s perhaps still known best for her portrayal of Lady Anne Davenport, in the 2004 biographical action adventure movie “Hidalgo”, written by John Fusco, directed by Joe Johnston, and which also starred Viggo Mortensen and Omar Sharif. It follows a cowboy who’s travelling to Arabia in 1890, to compete in a desert horse race. The movie won one of the three awards for which it was nominated.

Louise was raised in Redbridge alongside her six siblings, by their parents about whom nothing’s known, as their children respect their privacy.

She became interested in acting while attending Trinity Catholic High School, and was also into various other activities; Louise played soccer, took creative writing classes, and played the piano. She launched her acting career upon matriculating in 1988, with her appearance in the comedy movie “Twice Upon a Time”, however, Louise was urged by her parents to focus on her education, which was why she enrolled at Cambridge University, and graduated with a Bachelor of Arts degree in English literature in 1991.

In 1989, Louise portrayed Kristina in the action thriller drama “The Forgotten”, and a couple of her most notable performances in the ‘90s were in the 1991 drama “The Black Velvet Gown”, the 1998 adventure fantasy horror “Tale of the Mummy”, and the 1999 biographical historical drama “Esther”.

She gained recognition in 2002, with her portrayal of the main character, Ellen Brachman in the crime thriller “Claim”, directed by Martin Lagestee, and which also starred Billy Zane and John Shrapnel. It follows a claims assessor who’s investigating a multi-million pound marine insurance fraud. A couple of Louise’s following roles were in the 2003 war drama “War Stories”, the 2004 action crime adventure “Lichnyy Nomer”, and the 2008 crime drama “Kiss of Death”.

In 2012, Louise was cast to star as Queen Amberly in the romantic drama “The Selection”, directed by Mark Piznarski, and which also starred Aimee Teegarden and William Moseley. Set in a futuristic world, the movie follows a poor girl who’s been chosen to become the queen of a nation which has been torn by war. Three of Louise’s most recent movie roles have been in the 2019 horror thriller drama “The Small Hand”, the drama “The Bible Collection: Esther”, and the romantic drama “After We Collided” both in 2020.

She’s currently shooting for three upcoming movies: the drama “After We Fell”, the historical romantic fantasy “The Selection”, and the romantic drama “After Ever Happy”.

Louise made her debut TV series appearance in the 1989 drama “Capital City”; the following years then saw her make a guest appearance in an episode of numerous series, including the crime drama “The Bill”, the comedy “Perfect Scoundrels”, and the mystery crime drama “Bergerac”.

She gained recognition in 1991 with her portrayal of Anna in the mystery crime drama “Chancer”, which starred Clive Owen and Simon Shepherd, and follows a business adviser as he’s helping his friend fix his financial problems.

Between 1991 and 1994, Louise starred as Evangeline Eliott in the hit drama “The House of Elliott”, created by Jean Marsh and Eileen Atkins, and which also starred Stella Gonet and Aden Gillett. It follows two sisters living in London in the 1920s, and the series won four awards, including a Primetime Emmy, while it was nominated for 10 other awards. In 1997, Louise starred in all seven episodes of the action drama “Bodyguards”, and a couple of her following roles were in the drama “Metropolis”, the action crime drama “NCIS”, and the mystery action drama “Miami Medical”.

Between 2004 and 2011, she played Sofia Curtis, in the mystery crime drama “CSI: Crime Scene Investigation”, and in 2014, Louise played Elizabeth Lascelles in the fantasy crime drama “Grimm”.

Three of her most recent roles in TV series have been in the action crime comedy “Lethal Weapon”, the mystery crime drama “The Fix”, and the science fiction mystery “The Left Right Game”.

In 1998, Louise was featured in the documentary mini-series “Sex-Sverige”, and in 2005, she appeared in the TV special “2005 BAFTA/LA Cunard Britannia Awards”.

She has made a guest appearance in a number of talk-shows, including “Wogan”, “French and Saunders”, and “The Good Sex Guide”.

She was also nominated for two CableACE Awards for Actress in a Dramatic Series, in 1993 and 1995, both for her performance in “The House of Elliott”.

Louise married Jon Stephen in June 1998. Nothing’s known about Jon, with the exception of the fact that he has worked in the camera and electrical department of close to 20 movies and TV series. The two were married for several years before divorcing for unknown reasons; neither Jon nor Louise have shared the exact date of their divorce.

In 2004, she began dating Alessandro Sol, an American model, and the two could’ve been seen attending various red carpet events. They were together for over eight years, before splitting for unknown reasons.

Louse has two children, but hasn’t shared any details regarding their father/s.

As of July 2021, Louise seems to be single, was once married, and has two children.

Louise’s main hobby is travelling, and she’s uploaded numerous pictures taken during her travels onto her Instagram account. She has visited many European countries, and a couple of US states, while her dream travel destination is Los Angeles in California.

She’s both a fashionista and a shopaholic, as she goes shopping for clothes at least once a week.

Louise is a fan of old school rock music, and some of her favorite bands are AC/DC, Guns ‘n’ Roses, and Scorpions.

Her favorite season is summer, as she enjoys spending time at the beach, sun tanning, and swimming.

Louise has her own favorite actors and actresses, some of whom are Jim Carrey, Clint Eastwood and Meryl Streep, and a couple of her favorite movies are “Liar Liar”, “The Eternal Sunshine of the Spotless Mind” and “The Bridges of Madison County”.