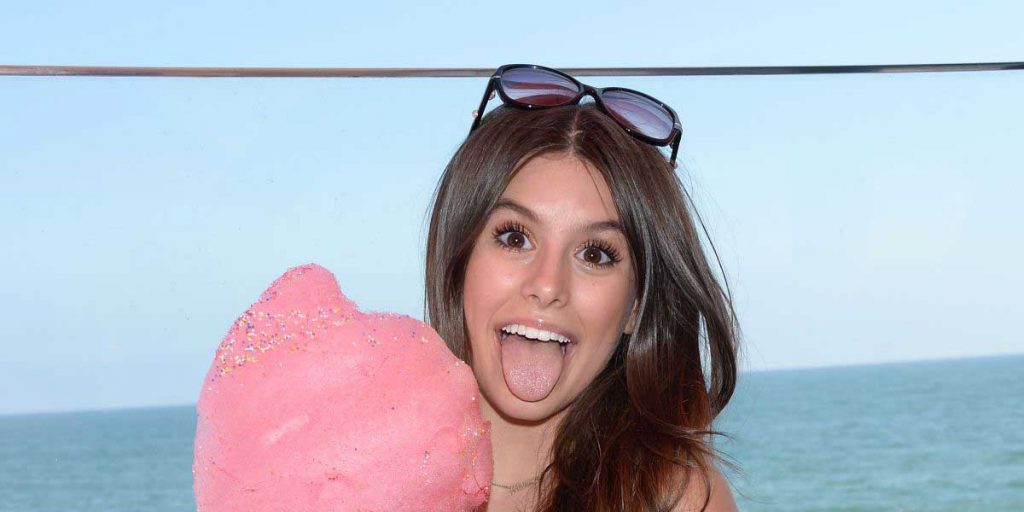 Who is Madisyn Shipman?

Madisyn Shipman is an American voice and television actress, best known to the world as Kenzie Bell in the TV series “Game Shakers” (2015-2019), and also as Flora in the TV series “Red Ruby” (2019-2021), in addition to several other roles that she’s secured so far in her young but already successful career.

She is the oldest child born to Jen and Tracey Shipman and has three younger brothers, Caden, Jesse and Sawyer Shipman. She has attended San Juan Hills High School, located in San Juan Capistrano, California. She is still unsure which college she will enroll, but has stated her desire to become an obstetrician-gynecologist.

Madisyn’s career started she at just five years of age,. when she signed up with a talent agency.

Her first work was on the popular comedy sketch show “Saturday Night Live”, appearing in two episodes from 2009 to 2011, while in 2010 she made an appearance in the popular children’s show “Sesame Street”. She continued with minor roles as a child actor, appearing in the romantic comedy film “Arthur” in 2011, while in 2012 she featured in the television comedy film “Modern Love”.

As she got older, Madisyn became more interested in acting, which resulted in popular roles, first as Queen of England in the television special “Nickelodeon’s Ho Ho Holiday Special” in 2015, and the same year as the voice of Violet in the animated film “The Peanuts Movie”.

2015 was her most successful year as she was also chosen as the voice of Blossom in the animated TV series “Whisker Haven Tales with the Palace Pets” (2015-2017), but was also selected for the main part of Kenzie Bell in Nickelodeon’s series “Game Shakers”, starring in all 61 episodes of the popular series, next to Cree Cicchino, Benjamin Flores Jr., and Thomas Kuc, among other stars of the show.

In 2016, Madisyn portrayed Salome in the comedy music-drama film “Ordinary World”, starring lead singer of the popular punk-rock band Green Day Billie Joe Armstrong, Fred Armisen and Judy Greer. Next, in 2017 she guest-starred as Kenzie Bell in the TV series “Henry Danger”, while in 2019, she joined the cast of the fantasy horror-drama series “Red Ruby” (2019-2021), appearing in a total of seven episodes of the short-lived series.

Most recently, Madisyn appeared in the short film “For Real”, starring Reggie B. Sean Crampton, and Kathlynn Dubow.

When it comes to her personal life, Madisyn hasn’t been the one who often speaks about her personal endeavors, however, her Instagram profile speaks more than a thousand words. She’s been in a relationship with an actor and her co-star from “Game Shakers”, Logan Patrick. The two met on the set in 2016, and have been together since. She often shares pictures of the couple on her official Instagram account, however, according to some sources, Madisyn and Logan have broken-up and she is currently single, of which speaks her newest song “Flying Solo”.

As of mid- 2021, Madisyn Shipman’s net worth has been estimated to be around $500,000, earned through her successful career as an actress, during which she has already appeared in 15 film and TV titles, all of which have increased her wealth. In recent years, she has also launched her music career with the official music video “Flying Solo”, which also contributed to her wealth.

In addition to acting, Madison has also showcased her musical talents. She is a singer and songwriter, having started writing lyrics when she was only eight years old;she also plays the guitar.

Madisyn is a fitness freak, and one of her training routines includes kickboxing.

She is afraid of heights, but is a fan of cycling and often goes on bicycle routes whenever she has free time.

Madisyn has appeared in commercials for a number of brands, including Kleenex, Kodak, Blue Cross Blue Shield, among many others.

She’s a foodie and has named several cuisines as her favorites, while she often cooks her own food.

She spends a lot of time out with her friends, partying, and has become close with her co-star Cree Cicchino. Madisyn adores beaches, but Palm Springs is one of her favorite destinations to relax.

Madisyn is a huge animal lover and has a pet dog, but hasn’t shared its name.