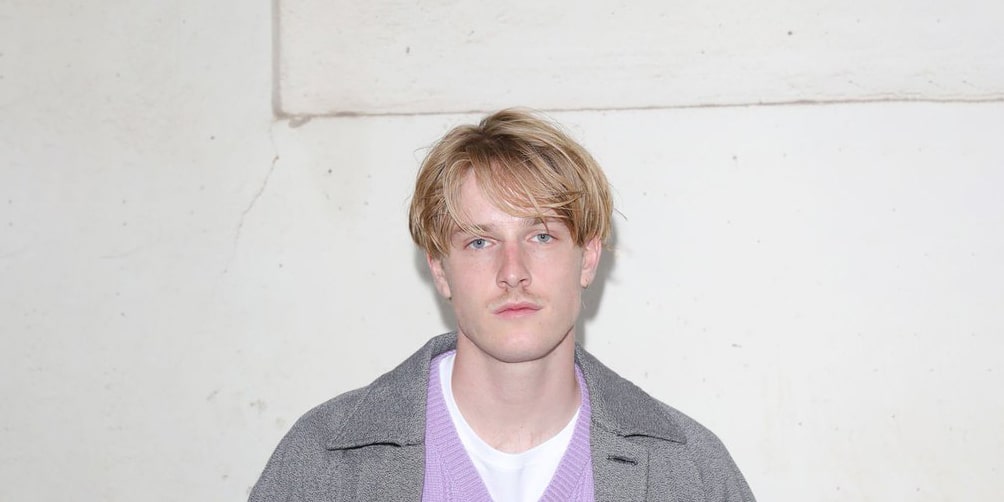 Who is Louis Hofmann?

Louis Hofmann was born in Bergisch Gladbach, North Rhine-Westphalia, Germany, on 3 June 1997 – his zodiac sign is Gemini and he holds German nationality. He’s an actor, who’s probably known best for his portrayal of the lead character Tom Sawyer in the eponymous adventure family movie written by Sascha Arango, based on the book by Mark Twain and directed by Hermine Huntgeburth. It also starred Leon Seidel and Heike Makatsch, and follows Tom Sawyer and Huckleberry Finn as they’re pretending to be pirates and are going on adventures. The movie won one of the four awards it was nominated for.

Louis was raised in Cologne, Germany alongside his brother Kevin by their father Marov and their mother Shefna who prefer to stay away from the media’s attention.

He became interested in acting at a quite an early age after he and his family appeared in the TV show “Die Ausflieger”, which features families competing in recreational activities. Louis was 13 when he launched his acting career, with his portrayal of David Salzbrenner in the 2010 drama movie “Der Verlorene Vater”, and the same year also saw him appear in the crime thriller movie “Tod in Instanbul”, and the comedy series “Danni Lowinski”.

Louis attended a local high school at which he was physically active, as he played soccer, the most popular European sport, and was also interested in basketball and table tennis. Upon matriculating in 2015, he chose not to pursue a college degree, but to focus on his career as an actor.

He gained recognition in 2018 after being cast to play Dalton in five episodes of the thriller drama “You Are Wanted”, created by Richard Kropf, Bob Konrad and Hanno Hackfort, and which starred Matthias Schweighofer, Catrin Striebeck and Alexandra Maria Lara. The series follows Lukas Franke whose internet accounts have been hacked and who’s now trying to solve the situation with the help of Lena Arandt, who’s also a victim of a cyber-attack. It won one of the four awards it was nominated for.

Louis’ following roles were in the 2017 episode “Das Cello” of the crime drama “Schuld” and the 2019 episode “Fall 23 Berlin-Amsterdam” of the short comedy “Paare”. From 2017 to 2020, he played Jonas Kahnwald, the main character in the hit mystery crime drama “Dark”, created by Jantje Friese and Baran bo Odar, and which also starred Karoline Eichhorn and Lisa Vicari. It follows the lives of four families in a German city, after two young children mysteriously disappear. The series won six awards and was nominated for 21 others, and is rated amongst the best 100 TV series of all time.

In 2012, Louis reprised his role as Tom Sawyer in the family adventure “The Adventures of Huck Finn”, and the following years saw him appear in a couple of mediocre movies, such as the 2013 comedy drama “The Almost Perfect Man”, the 2014 historical drama “Das Zeugenhaus”, and the 2015 drama “Sanctuary”.

He gained recognition in 2015, after being cast to play the lead character Sebastian Schumann in the historical war drama “Land of Mine”, written and directed by Martin Zandvliet, and which also starred Roland Moller and Joel Basman. The movie follows a group of German soldiers who are clearing mines on a beach in Denmark after World War II; it won 32 awards of the 58 it was nominated for, including an Oscar. Louis was then invited to play supporting characters in several hit movies, such as thehistorical war drama “Alone in Berlin”, the thriller drama “The White Rabbit” and the romantic drama “Center of My World” all in 2016. In 2018, he portrayed The Bank Manager in the action thriller drama “Red Sparrow” written by Justin Haythe, based on by book by Jason Matthews and directed by Francis Lawrence.

The movie starred Jennifer Lawrence, Matthias Schoenaerts and Joel Edgerton, and follows Dominika Egorova, a famous ballerina, as she’s turned into a Russian intelligence agent whose first target is a CIA agent. The film won three of the 12 awards it was nominated for.

In 2018, Louis was cast to play Teja Kremke, one of the lead characters in the biographical drama “The White Crow”, written by David Hare inspired by the book “Rudolf Nureyev: The Life” by Julie Kavanagh, and directed by Ralph Fiennes. It also starred Ralph Fiennes and Oleg Ivenko, and follows the life of the famous ballet dancer and choreographer, Rudolf Nureyev.

Three of Louis’ most recent roles in movies have been in the 2019 drama “Prelude”, another 2019 drama “The German Lesson”, and the 2019 animated action comedy “The Elfkins” (voice role).

Louis has been credited with singing the song “Barfuss Gehen” in the 2011 film “Tom Sawyer”.

He has appeared in the TV special “Bayerischer Filmpreis 2014”, an episode of the 2018 talk-show “Kolner Treff”, and the 2019 documentary series “Zibb”.

For his performance in the series “Dark”, Louis won three awards in 2018: a Jupiter Award for Best German TV Actor, a Adolf Grimme Award for Fiction, and a Golden Camera Curt Jürgens Memorial Camera Award for Best Young Actor.

Louis’s more or less secretive when it comes to his love life, but it’s known that he was in a relationship with Lisa Vicari, a German model and an actress probably known best for her portrayal of Martha Nielsen in the series “Dark”, which is also how she and Louis met. She has been credited with appearing in around 20 movies and TV series, while some of her most notable performances have been in the 2014 German comedy movie “Playing Doctor”, the 2017 German thriller movie “Luna” in which she portrayed the lead character, and the 2020 German romantic comedy movie “Isi & Ossi”.

Louis hasn’t spoken of any other girls he has perhaps been with, so as of March 2021, he’s single, hasn’t married and doesn’t have children.

Louis’s enjoys being active on social media networks because of the attention he receives from his fans. His Instagram account is followed by more than 1.1 million people, while he’s uploaded around 70 pictures, most of which have been taken during his everyday life.

He has been interested in music since a very early age, and has taught himself to sing, play the guitar and the piano.

Louis’s interested in various types of art, especially photography and painting, and has been to various museums and galleries around Germany.

He’s also keen on travelling, and his acting career has taken him to various European countries such as England, Italy and Spain, also to several American states, including New York and California.

He has his own favorite actors and actresses, some of whom are Johnny Depp, Leonardo DiCaprio and Emma Watson, and some of his favorite movies are the franchise “Pirates of the Caribbean”, “Shutter Island” and the franchise “Harry Potter”.