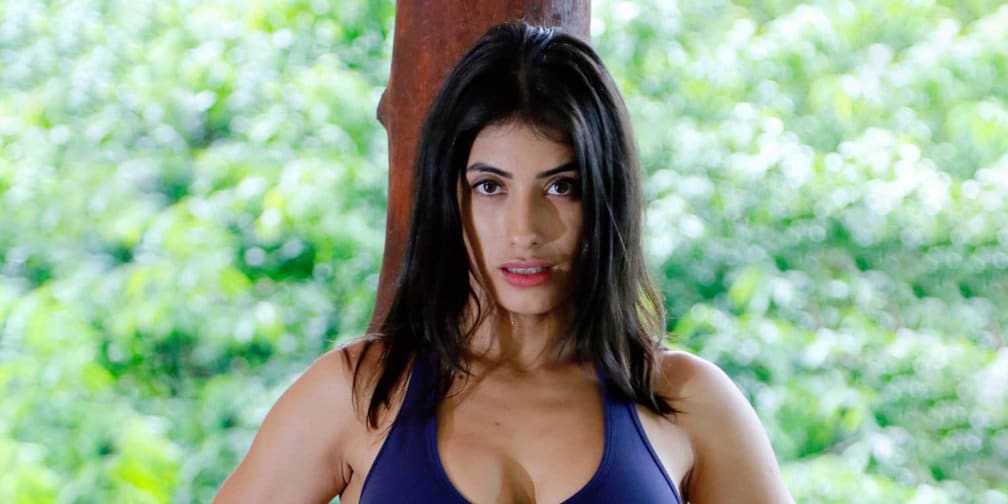 Who is Anabella Galeano?

Anabella Galeano was born on 16 January 1989 under the zodiac sign of Capricorn, in Sébaco, Matagalpa, Nicaragua. She is a 32-year-old social media phenomenon, bikini and lingerie model, fitness enthusiastic, and a former journalist, probably best recognized for running her official self-titled YouTube channel, on which she has amassed over a million subscribers, while her videos have been viewed almost 190 million times.

How rich is she, as of now? Anabella Galeano Net Worth

As of mid-2021, Anabella Galeano’s net worth is estimated at close to $1 million, acquired largely through her successful career on social media, which includes creating sponsored posts, video monetization, and selling exclusive content.

Anabella Galeano spent her early years in her hometown of Sébaco, where she was raised by her parents, but she remains silent when it comes to their names and professions. It’s also unknown whether she has siblings or not.

She holds Nicaraguan nationality and belongs to the Hispanic ethnic group. Regarding her education, Anabella hasn’t shared any details.

Career as a Journalist

Anabella Galeano is known professionally for being a journalist. She served as the host of the TV news program “Adelantos”, and also hosted the TV newscast “Extra Lo Más Increíble”, which follows the most shocking events on the social media scene in Nicaragua, both of which were broadcast on Canal 6. She worked as a broadcast journalist for eight years, and then moved her focus to a fitness and Internet-based career.

After discovering all the advantages of social media platforms, Anabella became a part of them. In 2012, she launched her official Instagram account under the username ‘@anabellagaleano__’ and immediately started sharing photos and short videos of provocative content. In no time her life completely changed, since she gained enormous popularity largely thanks to her attractive looks, which presented a lot of opportunities, such as working as an Instagram bikini and lingerie model, and creating sponsored posts for various brands and companies.

Recently she created another account on Instagram under the nickname ‘@anabellaplus_’, on which she started posting IGTV videos.

Anabella Galeano launched her official self-titled YouTube channel on 24 March 2012, but only became active on it in January 2018, when she posted her first video entitled “Rutina de Piernas y Glúteos – Anabella Galeano”. She continued to produce videos related to fitness and working-out, in which she would record herself demonstrating the performance of the exercises, which helped to enlarge her fan base.

Apart from running her main channel, Anabella created her second YouTube channel under the username ‘Anabella Plus’ on 3 February 2019.

In addition to her career on Instagram and YouTube, Anabella Galeano has expanded her work across other social media platforms – on Twitter you can find her under the username ‘@AnabellaGaleano’. She also has two Facebook pages, called ‘Anabella Galeano’ and ‘Anabella+’.

Besides those, Anabella eventually started creating explicit content for adults, such as photos and videos. She runs her official account on the highly popular OnlyFans service, and also has an account on Patreon, on which she offers four membership levels – “Hot”, “Vip”, “Diamante”, and “Zafiro”.

Anabella Galeano has long dark brown hair and dark brown eyes. She stands at a height of 5ft 2ins (1.58m), her weight is around 114lbs (52kgs), while her vital statistics are 34-26-37, bra size is 34D. Information about her dress and shoe sizes isn’t available.

She works out almost every day, and eats healthy food to maintain her perfectly built body, although it’s known that she’s undergone breast enlargement surgery.

Anabella Galeano keeps her private life far away from the eye of the public. She has never been spotted with any guy, so it’s believed that she is single at the moment, since there’s no information regarding her boyfriend. Her residence is still in Nicaragua.