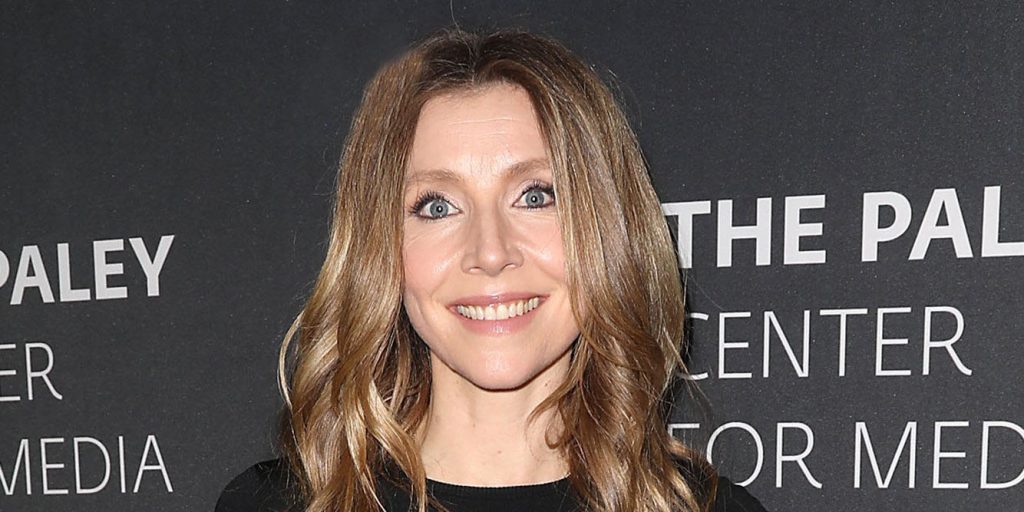 Who is Sarah Chalke?

Sarah Louise Christine Chalke was born in Ottawa, Ontario, Canada, on 27 August 1976 – her zodiac sign is Virgo and she holds both American and Canadian nationality. She’s an actress and a model, who’s probably known best for her portrayal of one of the lead characters – Dr. Elliot Reid – in the hit comedy series “Scrubs” created by Bill Lawrence, and which also starred Zach Braff and Donald Faison. The series follows the life of the medical intern John ‘J. D.’ Dorian at Sacred Heart Hospital, aired from 2001 to 2010, and won 33 awards, while it was nominated for 135 others including three Golden Globes.

Sarah grew up in North Vancouver, British Columbia as her parents moved there from Ottawa not long after she was born. She has two sisters Natasha and Piper Chalke, and the girls were raised by their German mother Angela and their Canadian father Douglas.

Sarah grew up being interested in various activities including singing, dancing and acting, and she was also into languages, as she went to a German school twice a week; today, she’s fluent in German, French and English. She attended Handsworth Secondary School, and in 1992 aged 16, Sarah launched her acting career with her portrayal of a realtor in the episode “A Place Called Nowhere” of the family adventure series “The Odyssey”. The same year saw her appear in an episode of the drama series “Neon Rider”, while she also made her debut film appearance with her portrayal of Angelica in the adventure drama “City Boy”. In 1993, Sarah played supporting characters in the crime thriller film “Relentless: Mind of a Killer”, and the drama “Woman on the Ledge”.

She matriculated in 1994, and then enrolled at a college, however, Sarah dropped out around two years later.

Shortly upon matriculating, she appeared in the thriller film “Beyond Obsession” and the family sports comedy movie “Ernest Goes to School” to concentrate on her acting career.

Sarah has now been credited with appearing in close to 80 movies and TV, and we’re about to mention some of her other notable performances.

The first years following college saw her play supporting characters in numerous relatively mediocre movies, such as the 1996 family adventure drama “Robin of Locksley”, the 1997 drama “Dying to Belong”, and the romantic comedy “Nothing Too Good for a Cowboy” in 1998. She gained recognition in 2001 after her portrayal of Linda, one of the lead characters in the crime thriller “Kill Me Later”, written and directed by Dana Lustig, and which also starred Selma Blair and Max Beesley.

It follows a woman who’s about to commit suicide because her boss who’s also her lover has a pregnant wife, but who’s then stopped by a bank robber who takes her as a hostage. A couple of her following roles were in the 2005 romantic comedy “Cake”, the  comedy “Mama’s Boy” in 2007, and the 2008 romantic comedy “Chaos Theory”, which starred Ryan Reynolds and received positive reviews. In 2009, Sarah voiced the lead character Magee in the animated family comedy “Prep & Landing”, written and directed by Kevin Deters and Stevie Wermers, and which also involved Dave Foley and Mason Vale Cotton.

The year 2016 saw her play the supporting character Gabi in the romantic comedy “Mother’s Day”, starring Jennifer Aniston, Kate Hudson and Julia Roberts, and which follows three generations of women in the week before Mother’s Day.

Sarah has recently finished shooting for the upcoming comedy “Eat Wheaties!”, set to be released on 30 April 2021.

In 1999, Sarah played one of the lead characters, Gloria Hobson in the romantic comedy “Nothing Too Good for a Cowboy”, created by David Barlow and Charles Lazer, and which also starred Yannick Bisson and Ted Atherton. It follows Richmond Hobson Jr. who has quit his job as a stockbroker, and is now trying to build the largest cattle ranch on earth. The series was nominated for 13 awards.

In 2003, she starred as Melissa in the short comedy “The ‘Bu”, which follows the young and sexy people living in Malibu, then in 2011 she played the supporting character Kate Swanson, in the popular romantic comedy “Mad Love”.

The following years saw her appear or voice characters in an episode or two of various series, such as the animated action adventure “Special Agent Oso” (voice role), the animated adventure comedy “Robot Chicken” (voice role) and the romantic drama “Grey’s Anatomy”. In 2013, she starred as Polly Green-Tatham in the comedy “How to Live with Your Parents (For the Rest of Your Life)” which aired 13 episodes before being cancelled for low ratings, then in 2014, she made a guest appearance as Stella in the episode “Sunrise” of the critically acclaimed romantic comedy “How I Met Your Mother” which won 26 of the 121 awards for which it was nominated, including two Golden Globe nominations.

Between 1993 and 2018, Sarah played both Becky Conner-Healy and Andrea in 72 episodes of the comedy “Roseanne”, created by Roseanne Barr, who also starred in it alongside John Goodman and Laurie Metcalf, and which follows the lives of a middle-class American family. She also portrayed and voiced supporting characters in the comedy drama “Friends from College”, the animated comedy “American Dad!” (voice role), and the comedy “Speechless”. Since 2013, Sarah has been voicing Beth Smith in the critically acclaimed animated adventure comedy “Rick and Morty”, created by Justin Roiland and Dan Harmon, and which stars Justin Roiland, Chris Parnell and Spencer Grammer. It follows a scientist who’s the smartest person in the universe, and his grandson who’s not so smart; the series has won 17 awards including two Primetime Emmys, while it’s been nominated for 25 other awards.

Sarah’s most recent role in a TV series has been in the  animated action comedy “Paradise PD”, created by Roger Black and Waco O’Guin, and in which she has been voicing the lead character Gina Jabowski since 2018. The series follows police officers who aren’t very skilled at their job, and has won a 2020 BMI Film, TV & Visual Media Streaming Award.

Sarah has been credited with singing eight songs in eight episodes of the series “Scrubs”, between 2003 and 2009.

Had so much fun talking to @strombo !! Tune in today at 2pm PT https://t.co/pIVOWnycoC

She has a single producing credit: in 2016, she worked as the executive producer on the romantic drama movie “After the Reality”.

Sarah has been featured in many documentaries, such as the 2000 movie “Truth Behind the Sitcom Scandals 5”, the 2003 mini-series “Heroes of Comedy: Women on Top”, and the video “2008 American Music Awards”. She can also be seen in various TV specials, such as the 2002 “The 28th Annual People’s Choice Awards”, the 2008 “The 6th Annual TV Land Awards”, and the 2012 “Comedy Central Roast of Roseanne”.

Sarah has made a guest appearance in various talk-shows, including “The Kelly Clarkson Show”, “A Little Late with Lilly Singh”, and “Movies That Changed My Life”, all in 2021.

Some of the other awards she has been nominated for include two TV Land Awards, seven Online Film & Television Association Awards, and four Gold Derby TV Awards.

In 1995 and 1996, Sarah was in a relationship with Devon Sawa, who’s a Canadian actor probably known best for his portrayal of the lead character Owen Elliot in the action thriller series “Nikita”.

In 2002, she dated Orville Willis Forte IV, an American actor and comedian known best for his portrayal of the lead character in the post-apocalyptic comedy series “The Last Man on Earth”. They were together for only a couple of months.

From 2003, Sarah dated Zach Braff who’s an American actor, film director and producer, and is perhaps known best for his starring role in the series “Scrubs”.

As of April 2021, Sarah’s engaged to Jamie Afifi who’s an American lawyer. The two have been together since 2006, and in December 2009 Sarah gave birth to their son Charlie Rhodes, while their daughter Frances followed in May 2016; Charlie was two years old when he was diagnosed with Kawasaki disease, which effects the blood vessels, but which is short-lived.

Sarah has changed her opinion about obtaining a college degree multiple times, and in 2001 stated that she would like to take a break from acting and enroll at a college, however, this hasn’t happened.

She’s a philanthropist who has volunteered with various charity organizations but unlike many other celebrities, Sarah doesn’t usually talk about her philanthropic activities.

It’s known that she has volunteered at a hospital for terminally ill children, and that she has contributed to the Audrey Hepburn Children’s Fund.

Sarah’s interested in music, and plays both the guitar and the cello.

She’s sporting, and has been skiing since a very early age while she’s today an instructor. She can also snowboard, enjoys kayaking and playing beach soccer and volleyball.

Sarah’s a dog-lover, and has two pet dogs called Tankers and Harley.