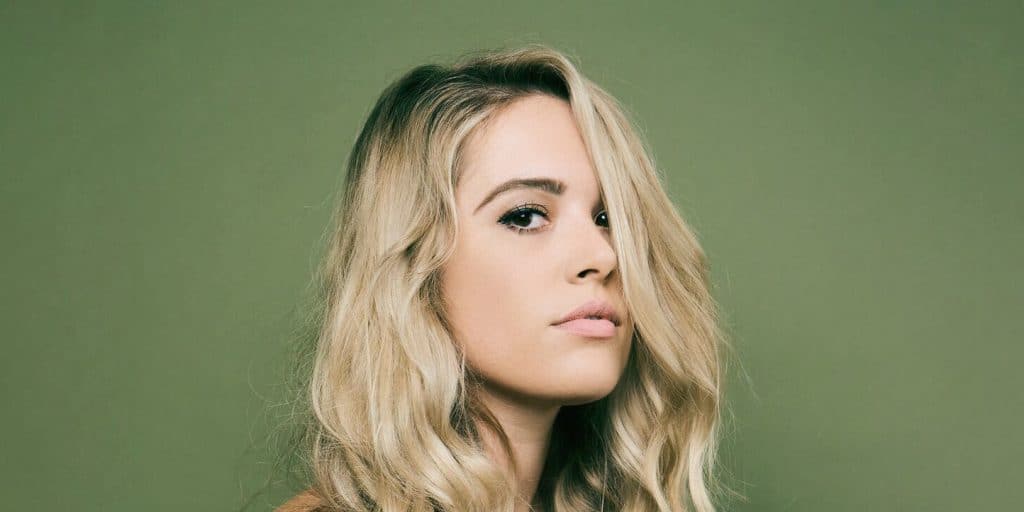 Natalie Hall’s Biography, Measurements, Age. She is NOT died!

Who is Natalie Hall?

Natalie Elise Hall was born in Vancouver, British Columbia, Canada, on 25 January 1990 – her zodiac sign is Aquarius and she holds Canadian nationality. She is an actress and a musician, who is probably known best for her portrayal of Natalie Johnson in the 2017 biographical action movie “Only the Brave”, which starred Josh Brolin, Miles Teller and Jeff Bridges, and tells a story of a group of firefighters risking their lives to protect a city from a wildfire. It was nominated for three awards.

There have been rumors circulating the internet that Natalie has died, however, these have since been proven untrue, as she is alive and well.

Natalie was raised in Vancouver alongside her two brothers by their mother who was a ballerina, and their father, but about whom nothing is known.

Mostly because she was very close to her brothers, Natalie grew up being interested in sports, and played soccer for her elementary school’s team made up of only boys except for her. She also launched her acting career around the same time, with her starring role in the play “Annie” performed at a community theatre. She also entered a national singing competition, and winning it. Natalie made her debut film appearance aged 14, when she portrayed Tes Taylor in the 2004 drama “Have You Heard? Secret Central”.

She attended the London Academy of Ballet, Ontario, and upon matriculating aged 16, chose not to continue her education but to move to New York City and pursue a career in acting.

Natalie is of royal blood as she is King Robert the Bruce of Scotland’s direct descendant. King Robert is depicted by Angus Macfadyean in the 1995 biographical historical movie “Braveheart” which starred Mel Gibson and won 33 awards including five Oscars.

Natalie made her debut TV series appearance in the 2008 episode “Streetwise” of the mystery crime drama “Law & Order: Special Victims Unit”, which has been airing since 1999 counting over 500 episodes, while it’s won 55 awards including a Golden Globe, and has been nominated for 157 other awards.

From 2009 to 2011, she portrayed the supporting character Colby Chandler in 179 episodes of the romantic mystery drama “All My Children”, which aired from 1970 to 2011 and numbers over 4,000 episodes. It follows Erica Kane portrayed by Susan Lucci, and her life with her husbands.

In 2011, Natalie was cast to play Kate Randall in five episodes of the romantic mystery drama “Pretty Little Liars”, which starred Troian Bellisario and Ashley Benson, and follows four friends as they team up to fight a mysterious enemy who is threatening to leak their darkest secrets to the media. The year 2014 saw her appear as Taylor Beecham in the romantic science fiction drama “Star-Crossed”, which follows a relationship between an alien boy and a human girl, and Natalie’s following notable performance was in the 2017 action crime drama “Shades of Blue”, which was nominated for 10 awards. In 2018, she portrayed Candy Coco in eight episodes of the drama “UnREAL”, which won five awards and was nominated for 21 others. including two Primetime Emmys. In the same year, Natalie appeared as Lucy in 11 episodes of the fantasy drama “Charmed”, which received mixed reviews.

Two of her most recent roles in TV series have been in two 2019 episodes of the crime thriller drama “Jett”, and the 2019 episode “A Nasty Piece of Work” of the fantasy horror drama “Into the Dark”.

Natalie portrayed Brenna in the 2010 family drama “Rising Stars”, which failed to attract a lot of attention and received mixed reviews. The following year saw her play the lead character Ellie Davis in the romantic western “Love’s Christmas Journey”, which also starred JoBeth Williams and Greg Vaughan, and follows Ellie who has recently lost her husband and daughter, and is now spending Christmas with her brother and his kids. The movie won two awards.

The year 2012 saw her star in the romantic comedy “The Seven Year Hitch” and the following year Natalie had a supporting role in the romantic science fiction thriller “+1”, written and directed by Dennis Iliadis.

Natalie performed the songs “Better With You” and “Free to Fall” in the 2010 movie “Rising Stars”, and the following year heard her sing “Hark! The Herald Angels Sing” in the film “Love’s Christmas Journey”. In 2020, she sang “Only Christmas Wish” in the movie “A Very Charming Christmas Town”.

In 2011, Natalie announced that she was in a relationship with Brandon Barash, a famous American actor whom she met when they appeared together in the series “All My Children”.

Brandon is perhaps known best for his portrayal of Johnny Zacchara in the soap opera “General Hospital”, while he’s also appeared in the series “Gilmore Girls” and the drama movie “The Unauthorized Melrose Place Story”. Natalie and Brandon became engaged after only a couple of months of dating, however, they broke it off and split for unknown reasons.

As of February 2021, Natalie is married to Jack Robbins, who prefers to stay away from the media’s attention thus not a lot is known about him. Natalie has spoken about Jack in one of her interviews, saying that he was a marine, and served in both Afghanistan and Iraq. They don’t have any children.

Natalie is a huge fan of dancing, and was three when she started practicing. She has been dancing to this day, and has learned many different styles.

She is a philanthropist who has volunteered with various charity organizations, including KidWorks which aims to teach children to love and care for each other. Natalie is also interested in helping animals, having rescued a blind dog and named it Beau.

Natalie likes to travel, and has been to various US states for both work and pleasure, however, her dream travel destination is still New York City. She was 10 when she started dreaming about visiting it, and once she went there, Natalie decided never to move away.

She draws her inspiration from the actresses Kate Winslet, Cate Blanchett and Jane Fonda. Natalie likes Kate because she chooses her movies wisely, Cate because she believes her to be perfect, and loves Jane because she is a strong woman and is very passionate about acting. Natalie’s favorite movies are “The Eternal Sunshine of the Spotless Mind”, the trilogy “The Lord of the Rings”, and “Book Club”.