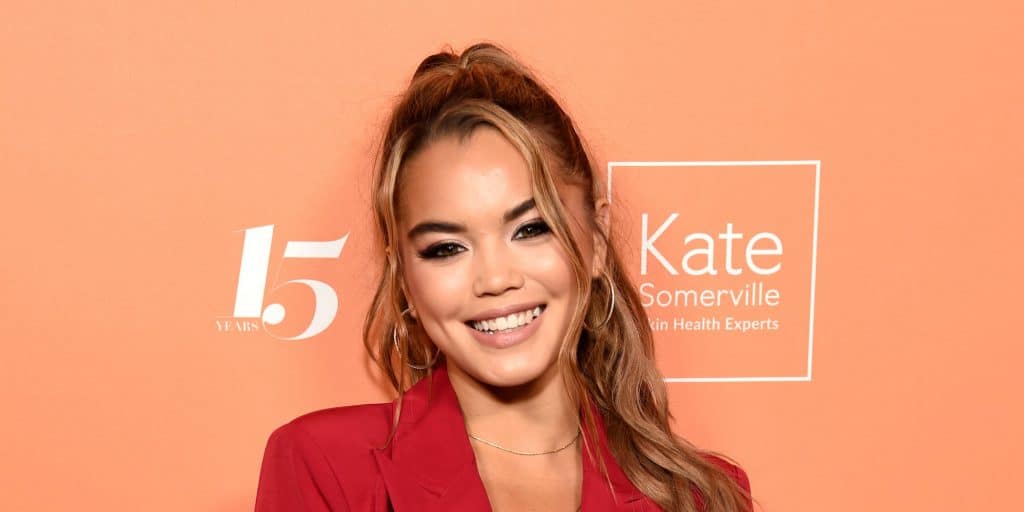 Who is Paris Berelc?

Paris Berelc was born on 29 December 1998 under the zodiac sign of Capricorn, in Milwaukee, Wisconsin USA. She is a 22-year-old actress, probably best recognized for landing the role of Skylar Storm in the Disney XD original series “Mighty Med” (2013-2015) and “Lab Rats: Elite Force” (2016), and featuring as Alexa Mendoza in the Netflix sitcom “Alexa & Katie” (2018-2020).

How rich is she, as of now? Paris Berelc Net Worth

As of mid-2021, Paris Berelc’s net worth is estimated at over $3 million, acquired largely through her successful involvement in the world of entertainment as a professional actress, who has garnered almost 20 television and film acting credits since she launched her career in the mid-2010s, plus from her earlier days as a model.

Paris Berelc spent her early years in her hometown of Milwaukee, where she was raised by her parents Joseph and Maria Berelc, whose professions haven’t been revealed to the public; Her mother is Filipino and her father is French-Canadian, so she belongs to a mixed ethnic group, with her three younger sisters named Bless, Joelie and Skye. She holds American nationality.

Paris has never revealed any details regarding her education, but at the age of four she became interested in dancing. A year later she started training in gymnastics, and subsequently even participated in and won several championships, and achieved the highest level in the US Junior Olympic Program before she turned to modeling and acting.

Paris Berelc’s professional career began when she was discovered by Ford Models at the age of nine, and soon started making appearances in various ads for such brands as K-mart, Kohl’s, Sears, and Boston Store.

In 2009, she featured on the cover of the November/December issue of the magazine ‘American Girl’; in the following year, she decided to try herself as an actress, and took classes at the Acting Studio Chicago. Two years later, she moved with her parents to Los Angeles to pursue further her career as a professional actress.

Paris Berelc made her debut TV appearance when she was offered a main role in the Disney XD original series “Mighty Med”, in which she portrayed Skylar Storm.

Created by Andy Schwartz and Jim Bernstein, it ran for two seasons from October 2013 to September 2015, and she would later reprise the role in its spin-off entitled “Lab Rats: Elite Force” (2016), which earned her a Young Entertainer Award nomination for Best Leading Young Actress – Television Series.

Concurrently, Paris continued to work on other projects – in 2014, she starred as Captain Berelc in two short film titles, “Work That” and “Nod Your Head”, both directed by David H. Venghaus Jr, and she continued to work with him in the next year, reprising the role in two more short films, entitled “Night You Won’t Forget” and “California Party Life”.

These were followed by her portrayal of Molly in the Disney Channel Original Movie “Invisible Sister” (2015), opposite Rowan Blanchard.

In 2016, Paris Berelc took the recurring role of Sofia in the comedy web series “WTH: Welcome To Howler”. Thereafter, she made her debut film appearance as Brittany Gomez in the drama thriller film “Deadly Scholars”, directed by Danny J. Boyle, and then had a guest part as Phoebe Actor in two episodes of the Nickelodeon comedy series “The Thundermans”, both in 2018.

Her next major role came later that year when she was chosen to play Alexa in the Netflix sitcom “Alexa & Katie”, co-starring alongside Isabel May, and remaining on the series for three seasons until it ended in 2020.

While filming “Alexa & Katie”, Paris Berelc also worked on other film and TV titles. In 2019, she secured the role of June in the horror mystery “Confessional”, next to Lucas Adams, and during the same year, she also played Carla in the short action film “Lines Of Descent”, and featured as Liz in the Netflix original film “Tall Girl”.

It was followed by her portrayal of Megan in the 2020 ensemble comedy-horror film “Hubie Halloween”, written by Adam Sandler, directed by Tim Herlihy, and released on Netflix.

Most recently, Paris took the role of Jessie De La Cruz in the Netflix comedy series “The Crew” (2021), and it’s been announced that she will play Vivian Lee in the upcoming comedy film “1Up”, which is currently under post-production.

Paris Berelc has dated several guys – she was in a relationship with actor Aramis Knight from 2013 to 2015, and following their split, she went on to date actor Jack Griffo between 2017 and 2019. In September 2020, she became romantically linked to Rhys Athayde, known for being a founder of the fitness platform PHANTOM.

Her current residence is in Los Angeles.