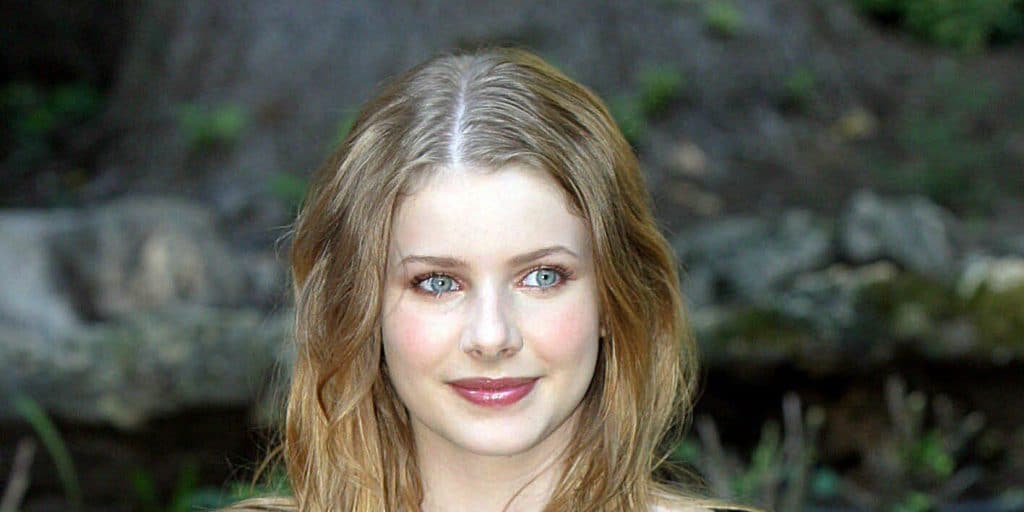 Rachel Claire Hurd-Wood was born in Streatham, London, England, on 17 August 1990 – her zodiac sign is Leo, and she holds British nationality. She’s an actress, who has been credited with appearing in 17 movies and five TV series, while she’s perhaps still known best for her portrayal of Wendy Darling in the 2003 family fantasy adventure movie “Peter Pan”, directed by P. J. Hogan, and which starred Jeremy Sumpter, Jason Isaacs and Olivia Williams. It follows Peter Pan who has visited the Darling family, and has taken the children to Never Never Land.

Rachel was raised in South London alongside her younger brother Patrick, by their father Philip, who’s an actor and a screenwriter, and their mother Sarah who’s a housewife.

When Rachel was eight years old, the family moved to Godalming, Surrey, England.

She became interested in acting while attending Rodborough Technology College (high school), and at the age of 16, Rachel began appearing in school plays, as a member of her school’s drama club. In 2006, she transferred to Godalming College, from which she matriculated in 2008. Rachel then enrolled at the University College, London to study linguistics, but spent only a year at college, as she then chose to focus solely on acting.

In 2004, Rachel played Imogen Helhoughton, in the mystery crime drama “Sherlock Holmes and the Case of the Silk Stocking”, directed by Simon Cellan Jones, and which starred Rupert Everett, Nicholas Palliser and Neil Dudgeon.

It follows Sherlock as he’s trying to catch the serial killer who’s stalking teenage daughters of the aristocracy.

Rachel’s following roles were in the 2005 historical thriller drama “An American Haunting”, the evergreen 2006 fantasy crime drama “Perfume: The Story of a Murderer”, and the 2009 mystery fantasy drama “Dorian Gray”. Also in 2009, she portrayed one of the lead characters, Meredith Crowthorn, in the action fantasy adventure “Solomon Kane”, written and directed by M. J. Bassett, and which also starred James Purefoy and Max von Sydow. It follows a mercenary who has renounced violence, but is forced to fight once again, after a young girl is kidnapped, and her family murdered. The movie won one of the two awards for which it was nominated.

Rachel’s following roles were in the 2010 action adventure drama “Tomorrow, When the War Began”, and the 2011 fantasy thriller “Hideaways”, while she then starred in a couple of short films, including the drama “The Mapmaker”, and the mystery drama “It Ends Here”.

Three of her more recent movie roles have been in the 2016 short drama “Entitled: The Story of a Selfish Bastard”, the 2017 drama “Beautiful Devils”, and the 2019 comedy “For Love or Money”. She’s currently shooting for the upcoming fantasy thriller “Labirintus”.

Rachel made her debut TV series appearance in 2014, with her portrayal of Miss Summers in the episode “Parents Evening” of the comedy “BBC Comedy Feeds”.

In 2015 and 2016, she portrayed Kate Campbell in the war drama “Home Fires”, created by Simon Block, and which starred Clare Calbraith, Brian Fletcher and Samantha Bond. The series follows the women living in Cheshire during World War 2, and it won two of the four awards for which it was nominated.

In 2016, Rachel played Keira Stockton, in the drama “Spark”, and then in 2017 and 2018, she starred as Rachel Maddox, in the thriller drama “Clique”, created by Jess Brittain, and which also starred Synnove Karlsen and Sophia Brown. It follows Georgia and Holly, who are attending a university in Edinburgh.

Rachel’s currently shooting for the upcoming drama “The No Hopers”.

In 2015, Rachel won a Madrid International Film Festival Award for Best Lead Actress, for her performance in the romantic drama movie “Highway to Dhampus”.

She has been nominated for six other awards, including two Academy of Science Fiction, Fantasy & Horror Film Awards, a Young Artist Award, and a Teen Choice Award.

Back in 2003, Rachel began dating Jeremy Sumpter, an American actor, who’s perhaps known best for his performance in the 2003 movie “Peter Pan”, which was also how the two met. They were together for around two years, before breaking up in 2005.

In November 2017, Rachel married Russ Bain, an actor with 42 credits to his name, who’s probably known best for his portrayal of Police Officer in the 2018 crime thriller series “Bodyguard”. In May 2018, Rachel gave birth to their son Liam, and in April 2021 to their daughter Stella. The family of four’s today living in Northamptonshire, England.

Rachel hasn’t mentioned any other men whom she has perhaps been with, so as of July 2021, she’s married to Russ Bain, and has two children with him.

Rachel’s into modelling, but considers it a hobby rather than a job. She could’ve been seen on the poster for the bohemian party Volstead Putsch, and has also posed for the clothing brand Raw Riddim Records.

She’s a philanthropist, and has mostly contributed to the charity organization World Famous Star Cards, which supports the Great Ormond Street Hospital; Rachel has also worked with Shooting Star CHASE.

She enjoys spending her spare time in nature, and her Instagram account is filled with pictures featuring her and her children at parks; Rachel likes flowers, which is why spring’s her favorite season.

She’s keen on travelling, and her acting career has taken her to various European countries, while she’s also been to a couple of US states, including California, New York and Florida.

Rachel has her own favorite actors and actresses, some of whom are Eddie Redmayne, Amanda Seyfried and Julia Roberts, and a couple of her favorite movies are “Les Miserables”, “Dear John” and “Notting Hill”.

Rachel’s age is 30. She has long brown hair which she’s dyed various colors, including ginger and blonde, she has light blue eyes. Her height is 5ft 7ins (1.7m), and she weighs around 128lbs (58kgs).