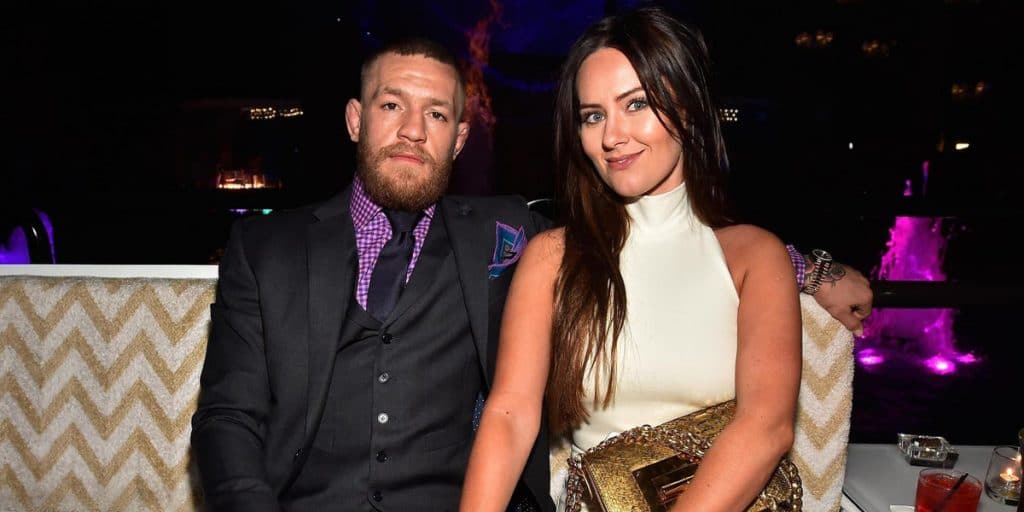 Who is Dee Devlin?

Dee Devlin is an Irish businesswoman and Instagram personality, but perhaps best recognized as Conor McGregor’s long-term girlfriend. She was born on 9 August 1987 in Walkinstown, Dublin, Republic of Ireland, under the Zodiac sign Leo. Dee holds Irish nationality, and as of early 2021, she is 33 years old.

Information about her parents is scarce, however, it is known that Dee grew up with her sisters, Sarah and Cathy. Since she began attending school, she struggled significantly, showing no interest in studying. Dee barely matriculating from elementary school, and at the age of 15 dropped out of high school, much to her family’s disappointment. She took up various jobs such as waitressing and modeling, signed to a Dublin-based agency called” Assets Model Agency”.

How did she meet Conor?

The martial artist and Dee met at a nightclub in 2008, and after chatting for a while, Dee was taken by his sense of humor, and they began dating shortly afterwards. During these times, Conor had a change of heart regarding his profession, and switched from pluming to chasing his dreams of becoming an MMA fighter; meantime, the couple moved into Conor’s parents’ attic, struggling to stay afloat.

As McGregor’s popularity grew, Dee began taking charge of finances and training schedules, and now works as a part of his management and promotional teams.  Dee also serves as the director of his company, which makes Irish whiskey called “Proper No. Twelve”. On various occasions, Conor has credited and thanked his wife for her patience and perseverance, which was essential for his success.

From the modest beginnings to international MMA career, Dee has stayed by his side, motivating and supporting him.

The couple has two children. The first child they welcomed on 5 May 2017, a son they named Conor Jack Jr., and on 2 January 2019, they welcomed daughter they named Coria. Conor wrote on his Instagram: ”Heading home with my two healthy babies and an energised and healthy SuperMam. 2019 is off to the best start! Thank you for the well wishes everybody!”

The story of how the underdog rose to the top of the world serves as an inspiration for many people who strive to become professional fighters.

He was born on 14 July 1988 in Crumlin, Dublin, into a working-class family. From a young age he developed an interest in fighting, and regularly visited Crumlin Boxing Club. During his training days at the club, Conor met his coach John Kavanagh after he beat up two of the best of Kavanagh’s fighters in a sparring match. The coach responded “pinning him and throwing heavy blows until Conor promised he was there for training and not for a street brawl”

Similar to his girlfriend, Conor also wasn’t very interested in attending school and studying. He decided to take up a plumbing apprenticeship as a trade, but quickly dropped out as he planned to become an international star.

During this period, he worked and trained as extensively as possible, doing a 12-hour shift before hitting the gym. This idea of giving up the plumbing was met with disapproval from his parents, however, Conor wasn’t discouraged as he also had Dee to support him through his journey. He told his parents: “You’ll be sorry when I’m a millionaire,” he later to his father – “I remember saying, at 25 years of age, I will be a self-made millionaire.”

Conor had his first MMA fight in 2008, in which he defeated Garry Morris by TKO in the second round. He went 4-2 through his first six fights before he started gaining popularity and worldwide recognition, winning his next eights fights and becoming the two-division champion of Cage Warriors. In 2013 he fought against Marcus Brimage and won by knockout in the first round taking home the prize for Knockout of the Night and $60,000 bonus.

From this point his reign began; soon after he won the UFC Featherweight Championship against Chad Mendes, and after scoring a couple of more notable wins and titles, Conor faced Diaz in “bloodbath”, which resulted in Conor’s defeat. Three months after, he challenged Eddie Alvarez for the UFC Lightweight Championship, and won the fight despite accusations of Conor’s misconduc, during the fight. Revolted by his loss to Nate Diaz, Conor seemed more than desperate to settle the score. This time Conor rose as the victor, setting up an historic fight.

In 2017 he was campaigning for a boxing match with Floyd Mayweather JR, which is often regarded as the biggest fight in his career. Conor lost to Mayweather in the 10th round, who became the owner of the longest active unbeaten streak in boxing.

Despite the loss, Conor took $100 million home, while the winner scooped $300 million.

After a two-year break, Conor came back to UFC to fight Khabib Nurmagomedo, the undefeated Russian fighter. The temperatures were running high as the whole ordeal was covered with media reports of various insults and allegations. At the fight, Conor was dominated by Khabib who kept the UFC Lightweight title.

In 2019 he announced his retirement, but came quickly to his senses. After having various issues with the law, and another announcement of his retirement, he has been tied to a potential come back in a fight against Manny Pacquio. However his last fight was on 24 January 2021, against Dustin Poirier, which Conor lost by TKO.

Dee is 5ft 7ins (170cm) tall, weighs around 130lbs (60kgs), and her vital statistics are 34-26-35.  Her natural hair color is brown; her eyes are blue. Dee, as well as Conor, deeply believes in the Law of Attraction which says ”that positive or negative thoughts bring positive or negative experiences into a person’s life.’ During some interviews, Dee disclosed that she is a big believer in the power of visualization.

An interesting detail about Dee is that before the fight matches she would add inspirational quotes on his bottles such as “The Champion” ,”Winner”. She also took great care of his diet, and habits, saying “I cook, clean, pack his gym bag, all that kind of stuff.”

Would you like to know Dee Devlin’s net worth?

Her estimated net worth is around $20 million, which she’s mostly earned being a part of Conor’s managing teams. According to Forbes, Conor’s estimated net worth is around $48 million, earned through his career as a UFC fighter. Both Dee and Conor are known to give each other numerous extravagant presents, such as cars, expensive watches, jewelry, etc. One of McGregor’s recognizable traits is flashing his expensive possessions; he’s bought some extra luxurious items such as his impressive car collection, which includes Rolls Royce Dawn. Conor also owns a jet, and a $2,000,000 mansion in Ireland.

Dee is very popular on Instagram, having 1.8 million followers. She usually posts family photographs, happy moments with Conor, and selfies. In 2016, she garnered the Most Stylish Newcomer Award in Dublin at VIP Peter Mark Style Awards, saying later that the award was quite unexpected and a huge surprise. Both Dee and Conor have expensive taste fashion-wise, which is visible from their posts on social media. Dee also takes great pride in being fashion-conscious, and hence posts only carefully selected items on Instagram.