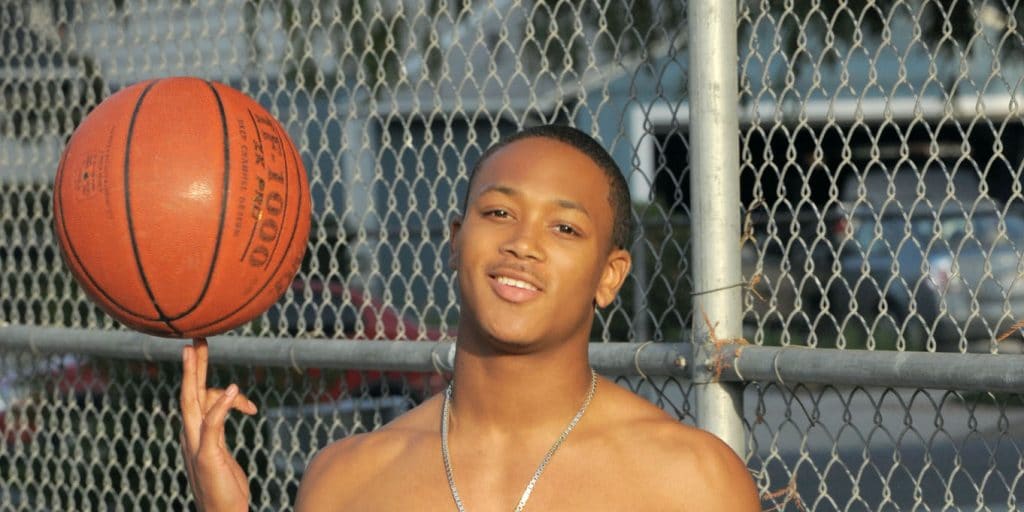 Who is Romeo Miller?

Percy Romeo Miller was born in New Orleans, Louisiana USA, on 19 August 1989 – his zodiac sign is Leo and he holds American nationality. He’s an actor, rapper and a model, who’s probably known best for his debut single “My Baby” which was released in 2001 and became an instant hit, certified platinum in around 15 days.

He was raised in New Orleans by his father and his mother Sonya C, who’s a former rapper known best for having been a member of the rap group TRU. Romeo has a sister named Cymphonique Miller who’s an actress and a singer, while many of his cousins are also in the music industry, including the rapper Silkk the Shocker, the rapper C-Murder, and the rapper and producer Mo B. Dick.

Surrounded by music from the day he was born, Romeo wrote his first rap song aged five, and his father then helped sign him to Soulja Music Entertainment. He officially launched his career aged 11, but still chose to focus on his education, but upon matriculating from Beverly Hills High School in 2007, Romeo chose not to enroll at a college but to focus on his career as a rapper and actor.

Romeo released his debut album “Lil’ Romeo” on 3 July 2001 – its lead single “My Baby” topped the R&B/Hip-Hop Singles Chart. The album peaked at #6 on the Billboard 200 Chart, and was certified gold by the Recording Industry Association of America (RIAA) on 28 July 2001.

Romeo released his first digital album entitled “Lottery” on 4 April 2006, and on 12 December of the same year, Romeo’s next album “God’s Gift” came out.

On 11 January 2011, he released his extended play (EP) “Don’t Push Me” through The Next Generation Entertainment, which he had founded months before, and on 19 August of the same year, his mixtape “I Am No Limit” was released; it was originally meant to be an album, but Romeo considered it would work better as a mixtape.

On 7 January 2016, he released another mixtape, “Fighting Monsters” which was once again supposed to be released as a studio album before Romeo changed his mind. He still hasn’t released his fourth album, but has stated that he’s working on it as of April 2021.

Career as a basketball player

Romeo began playing basketball while attending Windward High School, however, he stayed there for only around a year before transferring to Beverly Hills High School. In 2006, he was invited to attend ABCD Camp which had previously been attended by numerous future famous National Basketball Association (NBA) players including LeBron James and Kobe Bryant. Romeo was then accepted at the University of Southern California on a full basketball scholarship on 13 April 2007, but he eventually decided not to attend.

Romeo has appeared in numerous musical videos, TV series and movies, while his debut TV series appearance was in the 2002 episode “Bully” of the comedy “Raising Dad”, which failed to attract any attention, and received mixed reviews. In 2003, he played Benny, one of the lead characters in the romantic musical movie “Honey,” written by Kim Watson and Alonzo Brown, directed by Bille Woodruff, and which also starred Jessica Alba and Mekhi Phifer. It follows the music video choreographer Honey, who has been given a choice by her mentor: sleep with him or fail in the industry. The movie was nominated for eight awards.

In 2007, Romeo starred alongside his father in the comedy movie “Uncle P”, which received poor reviews, and in 2009 he played the lead character in the horror movie “The Pig People” which also failed to attract any attention.

Perhaps one of the most popular movies in which Romeo has appeared was the 2011 comedy “Jumping the Broom”, directed by Salim Akil, and which starred Paula Patton, Laz Alonso and Angela Bassett. It follows two entirely different families who have come together for a weekend to attend a wedding – the movie won three of the 16 awards for which it was nominated. In 2011 as well, Romeo made a guest appearance as Mark Bakale in the episode “Royal Angels” of the action crime adventure series “Charlie’s Angels”, while a couple of his following roles were in the 2013 romantic comedy movie “The Love Letter”, the 2014 romantic movie “Could This Be Love”, and the 2015 drama film “A Girl Like Grace”.

Three of his most recent roles have been in the 2018 family drama movie “Never Heard”, the 2019 comedy movie “I Got the Hook Up 2”, and the 2019 episode “Bodak Yellow” of the drama series “Tales”. He’s currently shooting for two upcoming movies: the biographical action comedy “King of the South” which will follow his father’s life, and the sports drama “One Heart”.

Romeo has 10 producing credits, which include 59 episodes of the reality TV show “Growing Up Hip Hop”, and seven episodes of the talk-show “Master P Reviews”. He’s currently working on the documentary movie “From the Hood to Hollywood”, and the upcoming comedy movie “Uncle Santa”.

He has two writing credits: the 2008 comedy movie “Internet Dating” which received poor reviews, and the upcoming movie “King of the South”.

Romeo has been featured in numerous talk-shows, such as “Jimmy Kimmel Live!”, “The Sharon Osbourne Show” and “Live with Kelly and Ryan”.

Romeo’s quite open when it comes to his love life, and there are eight girls whom he has dated that the public knows about.

In 2007 and 2008, he was in a relationship with Khloe Kardashian, a famous American model and a social media star, then from 2008 to early 2010, Romeo dated Kaitlin Najjar, an American model. He then dated the American dancer Chelsie Hightower for around a year, while there are rumors circulating the internet that Romeo was in a relationship with American actress Francia Raisa in 2012. The same year saw him date Angela Simmons, who’s a shoe designer and a social media star with close to seven million followers on Instagram. In 2013 for a couple of months, Romeo was with the American model and social media star Briona Mae, then from 2014 to 2016, he dated Toneata Morgan, an American actress who’s probably known best for her portrayal of the lead character Anna Nicole in the eponymous 2019 biographical movie.

In late 2016, Romeo dated Serayah, an American actress and a social media star with close to two million followers on Instagram.

As of April 2021, Romeo appears to be single, hasn’t married, and doesn’t have children.

Romeo’s physically very active and works out at the gym nearly every day, while he’s also following a strict diet, thus his muscular body. Many pictures taken during his workout sessions can be found uploaded onto his Instagram account – on many occasions Romeo has given his fans advice regarding exercising.

He’s interested in fashion and is a bit of a shopaholic, as he goes shopping for clothes several times every week. He’s launched his own clothing line P. Miller Shortys, which made more than $50 million in only a year.

When the 9/11 attacks happened in 2001, Romeo was only three blocks away from the Twin Towers.

He loves to travel, and his career has taken him to many US states, while the popular rapper and actor has also been to various European countries, including France and England which are his two favorites.

In his spare time, he enjoys watching movies starring his favorite actors Al Pacino and Robert De Niro, such as “Scarface”, “Taxi Driver” and the trilogy “The Godfather”.

As of April 2021, his net worth has been estimated at over $5 million, while his father’s wealth is reputedly over $200 million.