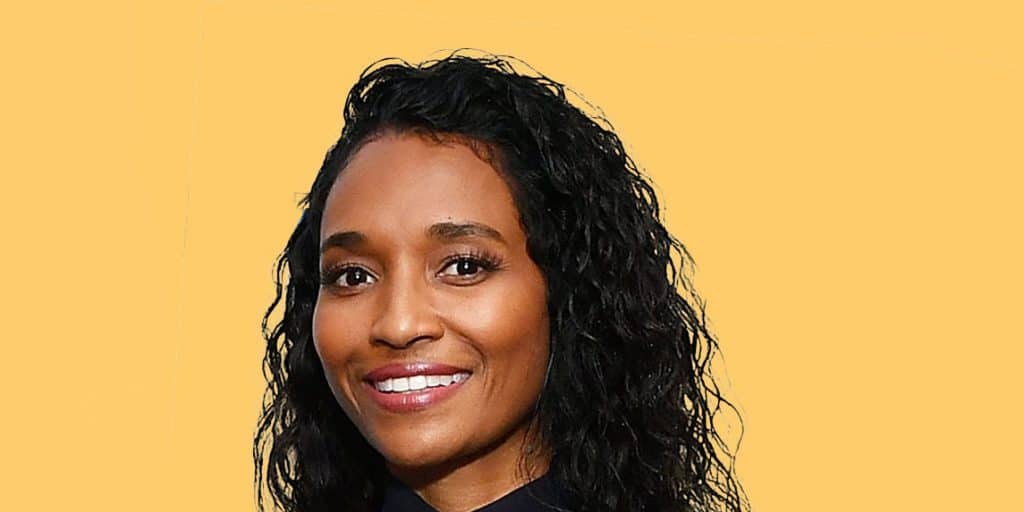 Who is Rozonda Thomas?

Rozonda Ocielian Thomas, better known by her stage name Chilli, was born on 27 February 1971 under the zodiac sign of Pisces, in Columbus, Georgia USA. She is a 50-year-old singer-songwriter, model, actress, producer, and TV personality, probably best recognized for being a member of TLC, one of the best-selling girl groups.

How rich is she, as of now? Rozonda Thomas Net Worth

As of mid-2021, Rozonda Thomas’ net worth is estimated at over $8 million, acquired through her successful involvement in the entertainment industry for almost three decades, since she launched her career in the early 1990s.

Rozonda Thomas spent her early years in her hometown of Columbus, where she was raised with her sister named Marni Ali Williams by a single mother, Ava Thomas; her father, Abdul Ali, left them before she was born – she met him for the first time at the age of 25in 1996, and their reunion was aired in an episode of “The Sally Jessy Raphaël Show”. She has a. Rozonda holds American nationality and belongs to a mixed ethnic group since her mother is of Puerto Rican and Tongan descent, while her father has Bengali ancestry. Regarding her education, Rozonda matriculated from Benjamin Elijah Mays High School in 1989. She’s apparently a Seventh-day Adventist Christian.

Rozonda started her career as a part-time backup dancer for the R&B group Damian Dame.

In 1991, she joined a girl group called TLC, which consisted of Lisa ‘Left Eye’ Lopes and Tionne ‘T-Boz’ Watkins, replacing their singer and third member Crystal Jones. She was nicknamed ‘Chilli’ so they could maintain the name TLC. The girls made their debut as backing vocalists on Jermaine Jackson’s track “Rebel (With A Cause)” for his album “You Said” (1991). Their own debut album, entitled “Ooooooohhh… On The TLC Tip”, was released through LaFace Records in February 1992; it peaked at No. 14 on the Billboard 200, and received quadruple platinum certification by the Recording Industry Association of America (RIAA).

Over the next few years, TLC continued their rise to stardom, releasing their second studio album “CrazySexyCool” in November 1994 – the album was critically acclaimed, won a Grammy Award for Best R&B Album, and was even ranked among the 500 Greatest Albums of All Time by the magazine Rolling Stone.

The album reached No. 3 on the Billboard 200, spending over two years on the chart, achieving diamond certification from the RIAA, and becoming one of the best-selling albums with over 23 million copies sold worldwide. The album spawned two number-one singles – “Waterfalls” and “Creep” – the latter earning them a Grammy Award for Best R&B Performance by a Duo or Group.

In February 1999, TLC released their third studio album, “FanMail”, which debuted atop the Billboard 200 chart, and attracted positive reviews as well as commercial success. It was certified six-time platinum by the RIAA, and was nominated for eight Grammy Awards, winning three of them – Best R&B Album, Best R&B Song, and Best R&B Performance by a Duo or Group with Vocals, the last two for the album’s lead single “No Scrubs”, which topped the Billboard Hot 100. The album spawned another number-one single, entitled “Unpretty”.

The girls continued to work on their fourth album, “3D”, until the tragic death of Lisa Lopes, killed in a car crash, after which Rozonda and Tionne went on hiatus. They eventually completed the album, using some unreleased material Lisa had recorded for her solo albums. The album was launched in October 2002, debuted at No. 6 on the Billboard 200, and subsequently received platinum certification from the RIAA.

Over the next few years, Rozonda and Tionne occasionally performed as a duo – in 2009, they held a series of concerts in Asia. Four years later, they signed on as producers of a made-for-TV biography about their group, entitled “CrazySexyCool: The TLC Story”, in which Keke Palmer portrayed Rozonda. They distributed their fifth and final studio album “TLC” in June 2017.

In 2000, Rozonda started working on her debut solo album, which would be titled “Bi-Polar”; however, she didn’t complete it since she ceased production when work began on TLC’s album “3D”. Between 2006 and 2007, she released two tracks – “Gameproof”, featuring Tionne, and “Straight Jack”, featuring Missy Elliott. Her official solo single “Dumb, Dumb, Dumb”, came out in 2008. Four years later, she made an appearance in the music video for Tyrese’s single “Nothing On You”. In 2016, Rozonda recorded the single “Body” to promote her dance workout campaign.

Rozonda Thomas has made appearances in various TV series, such as “CBS Schoolbreak Special”, “That ‘70s Show”, “The Parkers” and “Strong Medicine”, to name a few.

She worked as a composer for the Nickelodeon comedy sketch series “All That” from 1994 to 2005, and concurrently on film titles, and had small parts in the comedy “House Party 3” (1994) and “Hav Plenty” (1997). Three years later, she starred as Nona in the comedy “Snow Day”, portrayed House Director in the MTV romantic drama “Love Song”, and played Marli Jacob in the VH1 Christmas film “Diva’s Christmas Carol”, alongside Vanessa L. Williams. It was followed by her portrayal of Lilly in the 2001 action “Ticker”, next to Steven Seagal and Tom Sizemore.

Thereafter, she served as an executive producer for the UPN reality TV music competition “R U The Girl?” (2005) and then wrote and produced the VH1 reality show “What Chilli Wants” (2010-2011), which follows her quest to find love with the help of relationship advisor Tionna T. Smalls.

She also made cameo appearances in the VH1 comedy series “Single Ladies” (2011). Two years later, she appeared in the Food Network cooking competition show “Rachael Vs. Guy: Celebrity Cook-Off”. In 2014, she served as a judge in truTV’s reality competition series, “Fake Off”, and her most recent role was of Zora Neale Hurston in the 2017 biographical legal drama film “Marshall”, directed by Reginald Hudlin.

Rozonda Thomas was romantically involved with Grammy Award-winning producer Dallas Austin – in 1991 she became pregnant with his child but decided not to have a baby, and had an abortion. They continued their romance, and she eventually gave birth to a son they named Tron Austin on 2 June 1997. However, soon after the couple called it quits, and Rozonda went on to date R&B singer Usher, from 2001 to 2004. It is believed that she is single at the moment.

In 2012, Rozonda established a non-profit organization called ‘Chilli’s Crew’ in Atlanta, with their main goal being to enhance teenage girls’ self-esteem and body image.