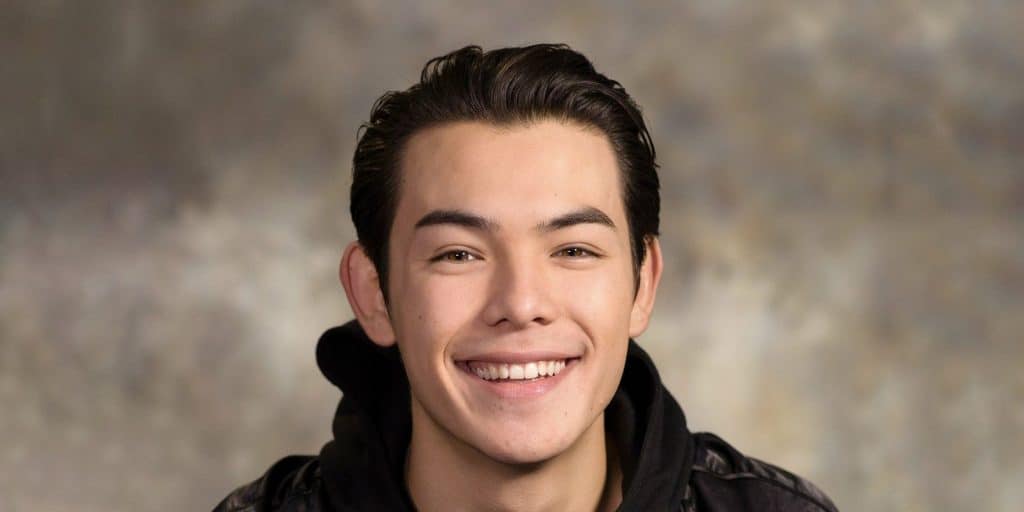 Ryan Potter (aka Beast Boy on Titans): Age, Dating. Is He Gay?

Who is Ryan Potter?

Ryan Potter is an American actor, who is best known to the world as Gar Logan in the TV series “Titans” (2018-2021), but also as Jo in the film “Running for Grace” (2018), in addition to a few other roles that he has secured in his career.

Ryan Potter was born on 12 September 1995 under the Virgo zodiac sign, in Portland, Oregon USA. He is the son of Jordanna Potter-Lew, a Jewish-American, while his father is Japanese but his name isn’t known to the media.

Although born in the US, he spent his first seven years of life in Tokyo, Japan, before returning to the states where he was raised by a single mother. She later remarried James Lew, the famous stuntman and actor in 2014, who is rather supportive of Ryan’s career. Ryan’s interest in acting saw him attend the renowned performing arts conservatory, The Juilliard School in New York City.

Ryan’s career started in 2011, when he was chosen for the role of Mike Fukanaga in the TV action comedy-adventure series “Supah Ninjas”, and from 2011 until 2013 starred in 39 episodes of the Primetime Emmy Award-winning series, alongside Carlos Knight and Gracie Dzienny.

In 2014, he starred in the comedy-drama film “Senior Projects”, with Vanessa Marano and Meaghan Martin.

Ryan’s career was slowly improving along with his acting skills, and as he got older he started getting more notable roles. He was Eric in the 2015 action film “Underdog Kids”, co-starring Phillip Rhee, Mirelly Taylor, and Max Gail, and the following year he portrayed Riker in the TV adventure comedy-drama series “Lab Rats: Elite Force”, with William Brent, Bradley Steven Perry and Jake Short as the main stars of the award-winning series.

In 2018 he secured his most prominent roles to date; firstly he portrayed Jo in the romantic drama film “Running for Grace”, co-starring Jim Caviezel and Matt Dillon, and was then selected for the part of Gar Logan in the crime action-adventure series “Titans”; so far he’s appeared in 21 episodes of the critically acclaimed series which has launched him to stardom, alongside other stars of the series, which includes Brenton Thwaites, Teagan Croft and Anna Diop.

In addition to his on-screen appearances, Ryan has also worked behind the camera as a voice actor; Ryan was selected to voice Hiro Hamada in the animated film “Big Hero” in 2014, and reprised the voice role in the subsequent animated series “Big Hero 6: The Series” (2017-2021). This brought him a couple of Behind the Voice Actors Award nominations, including the Breakthrough Voice Actor of the Year, however, he didn’t win. Nevertheless, he has continued to work as a voice actor, and has also voiced Hiro Hamada in the animated shorts “Big Chibi 6: The Shorts” (2018), then in the animated series “Baymax Dreams” (2018-2021), and for the video game “Kingdom Hearts III” in 2019.

Most recently, Ryan started voicing Kenji Kon in the animated series “Jurassic World: Camp Cretaceous”, with Paul-Mikel Williams, Kausar Mohammed and Jenna Ortega as the main stars of the series.

Ryan is very much secretive about his private life, and hasn’t often spoken about his personal endeavors. However, since acquiring world-fame, he has been linked to several other celebrities. Back in 2011, he was rumored to be dating Gracie Dzienny, and several other celebrities. He has also went on to date YouTube star Bethany Mota on several occasions, but neither of the two confirmed that they are dating.

According to reports, Ryan is currently single, and his only focus is his aspiring career.

As of mid- 2021, Ryan Potter’s net worth has been estimated at close to $3 million, earned through his successful career as an actor and voice actor, during which he has secured 20 film and TV credits to his name.

While living in Japan, Ryan became fluent in the Japanese language, however, he has since forgotten most of it.

He is a mixed martial artist, having been studying White Tiger kung fu discipline from his early years. He is into other sports and loves playing baseball, while he is also a skilled skateboarder.

Music is another fascination, and he’s been playing the drums since he was a child.

Ryan is known for his Toy Box of Hope charity, which he founded in 2011. The organization focuses on providing toys, blankets, bedsheets and jackets to children in homeless shelters, by organizing an annual holiday collection drive.

Ryan has also used his fame to address several social problems, and joined California’s No H8 Campaign in support of same-sex marriage back in 2012. Because of his support of same-sex marriage, rumors of his sexuality surfaced, however, he isn’t gay. He has also supported the ‘Stop Asian Hate’ campaign and several other events. He has stated that he was bullied in his childhood and decided to stop bullying in ways available to him as a young star actor, and also said that he won’t tolerate the thought of anyone being bullied for any reason, continuing to say that differences are beautiful, and that differences should be embraced.