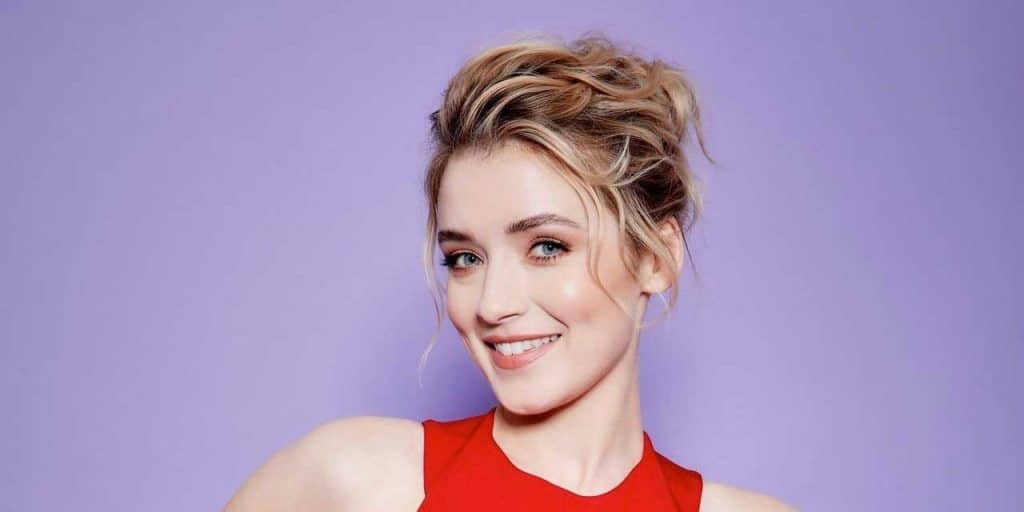 Who is Sarah Bolger?

Sarah Bolger is an award-winning Irish actress, who is known for her roles in such films as “In America” (2002), and “Spiderwick Chronicles” (2008), but also as Emily Thomas in the TV series “Mayans M.C.” (2018-2021), in addition to a number of other notable roles that she has secured so far in her career.

Sarah Bolger was born on 28 February 1991 under the Pisces zodiac sign, in Dublin, Ireland. She is the daughter of Derek Bolger who was a butcher, and his wife Monica, a housewife. She has a younger sister Emma, and they grew up in the Southside suburb of Rathfarnham.

Sarah’s career started in 1999 with the role of Eileen Cloney in the romantic drama film “A Love Divided”, and the same year she appeared as well in the television romantic drama movie “A Secret Affair”. Next, in 2002 she was Ariel in the Academy Award-nominated drama film “In America”, starring Paddy Considine, Samantha Morton, and Djimon Hounsou – her sister Emma also appeared in the film, but has since pursued academics.

Sarah’s first major role was as Mary Tudor in the critically acclaimed and multiple award-winning historical romantic drama series “The Tudors”, about the reign and marriages of King Henry VIII; the role earned her worldwide recognition, making her quite popular. She continued as Mallory Grace, one of the Grace children in the action adventure-drama film “The Spiderwick Chronicles”, co-starring Freddie Highmore and David Strathairn, which further increased her popularity.

The following year, she was selected for the role of Princess Aurora in the fantasy action-drama series “Once Upon a Time”, and through 2015 appeared in 16 episodes of the Primetime Emmy Award-nominated series. She continued with starring roles, including as Lucy Diamond in the comedy-drama film “As Cool As I Am” (2013), and as Eva in the sci-fi mystery horror film “The Lazarus Effect” (2015), next to Olivia Wilde, Mark Duplass and Even Peters.

Also in 2015, she played the titular role in the mystery horror-thriller film “Emelie”, and appeared with Robin Tinney, Aaron Eckhart, and Finn Wittrock in the sports drama film about Freddie Steinmark – “My All-American”. Furthermore, she was selected for the role of Jade in the TV action-adventure series “Into the Badlands”, appearing in 16 episodes of the award-winning series from 2015 to 2017.

Sarah has continued rather successfully in recent years. After the lead role in the comedy film “Halal Daddy” in 2017, she was selected for the part of Emily Thomas in the TV thriller crime-drama series “Mayans M.C.”, which turned out to be one of the most popular roles to date.

From 2018 to 2019 she played Anna Burton Silk in the TV series “Counterpart”, while in 2019 she co-starred in the adventure film “End of Sentence”, alongside John Hawkes and Logan Lerman. Furthermore, in 2019 she was announced as the main star of the crime-thriller film “A Good Woman Is Hard to Find”, co-starring Edward Hogg and Andrew Simpson, which was a success, making Sarah a star.

Since then, she has continued to appear in the TV series “Mayans M.C.”, and starred in the comedy-drama film “We Broke Up”, alongside Aya Cash and William Jackson Harper.

When it comes to her personal life, Sarah doesn’t like to flaunt details of her private life to the public. Nevertheless, she was in a relationship with her co-star Freddie Highmore from “The Spiderwick Chronicles” from 2008 to 2009.

Furthermore, she also dater her “Once Upon a Time” co-star Julian Morris for some time before splitting up. Since then, she has been single and focused on her career.

As of mid- 2021, Sarah Bolger’s net worth has been estimated to be around $1 million, earned through her successful career as an actress, during which she has appeared in more than 35 film and TV titles, all of which have added to her wealth.

Sarah is a devout Catholic; her strict grandparents helped her religious career as a communion minister at her local church in Rathfarnham. She has spoken about this in an interview, saying that her grandmother on her mother’s side was highly religious, and Sarah started attending mass every Sunday with her. Before becoming a minister, she was in the church choir and as she got older, her interest in religion increased.

Eventually, she became the minister of the Eucharist, and started giving Holy Communion at Mass herself.

Sarah enjoys board games and often plays “The Settlers of Catan” with her friends, but she also loves baseball and soccer.

Her best friend is London-based actress Ana Mulvoy Ten. Furthermore, she has also remained close with her “Once Upon a Time” co-stars, including Jamie Chung, Colin O’Donoghue and also Julian, despite their breakup.

Sarah is an avid animal lover and owns a pet dog named Darby, who she treats as a family member, going on long car adventures, but also watching films. Her favorite film is “The Fugitive” from 1993.