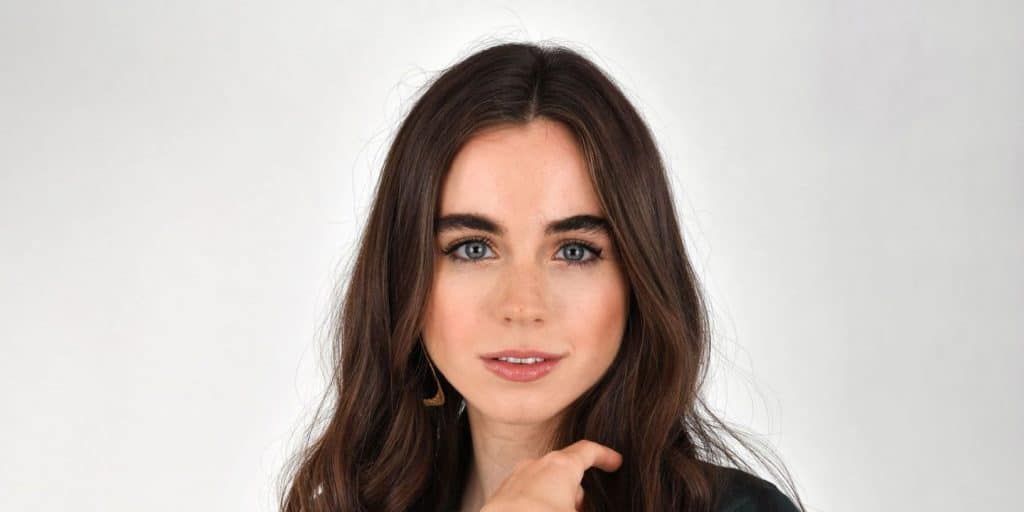 Who is Sarah Desjardins?

Sarah Desjardins was born in Vancouver, British Columbia, Canada, on 15 July 1994 – her zodiac sign is Cancer and she holds Canadian nationality. She’s an actress who has been credited with appearing in around 25 movies and TV series, and is probably known best for her portrayal of Sydnee in the 2015 action adventure movie “Into the Grizzly Maze”, written by three people, directed by David Hackl and which starred James Marsden, Thomas Jane and Piper Perabo. It follows two brothers who have reunited after many years, and are now hiking in the Alaskan wild, while a grizzly bear has set out to catch them.

Sarah was raised in Vancouver alongside her younger brother Nicholas by their parents, about whom nothing’s known as Sarah respects their privacy.

She became interested in acting when she was six years old, and her parents paid for her agent, however, they soon learned that it was too expensive, and told Sarah to pursue it when she got older, if still interested. She attended a local high school at which she began appearing in plays, and thus hired another agent and launched her career aged 16, when she played Diane Rowling in the biographical movie “Magic Beyond Words: The J. K. Rowling Story”.

The film was written by three people, directed by Paul A. Kaufman, and starred Poppy Montgomery, Emily Holmes and Antonio Cupo; it follows the life of the famous author J. K. Rowling, and it won four of the 15 awards for which it was nominated.

Sarah matriculated in 2012 and as she had already launched her acting career, she chose not to pursue a college degree.

In 2012, she was cast to play 15 Year-Old Zoe in the romantic drama “Kiss at Pine Lake”, and a couple of her following roles were in the 2013 biographical crime drama “Romeo Killer: The Chris Porco Story”, the 2013 short drama “Floodplain”, and the 2014 mystery adventure “Clue: A Movie Mystery Adventure”.

In 2015, Sarah was cast to play Barb in the thriller “Truth & Lies”, and in 2016, she portrayed the supporting character Zara Darcy in the romantic drama “Unleashing Mr. Darcy”, written by Teena Booth based on the novel by Teri Wilson, and directed by David Winning. The film starred Cindy Busby and Ryan Paevey, and follows Elizabeth Scott who has taken her Cavalier King Charles Spaniel dog to a dog show in New York; the movie won a Platinum Remi Award for Best Feature Film at WorldFest Houston. In 2016 as well, Sarah appeared in the crime thriller “I Didn’t Kill My Sister”, and the family science fiction “A. R. C. H. I. E.”, while 2017 saw her star as Claire in the science fiction action “Cold Zone”, but which received poor reviews.

Sarah made her debut TV series appearance in 2011, with her portrayal of Whitney in five episodes of the crime mystery “Clue”, and the following years saw her appear in single episodes of various series, including the fantasy horror drama “Supernatural”, the short comedy “Wasted Time”, and the science fiction mystery drama “Wayward Pines”.

The year 2016 saw Sarah play Catherine in four episodes of the popular action fantasy drama “Van Helsing”, which starred Kelly Overton, Jonathan Scarfe and Aleks Paunovic, and follows Vanessa Helsing, a relative of the vampire hunter Abraham Van Helsing, who has just been brought back to life, and has learned that vampires are ruling the world. The series aired from 2016 to 2021, and won 22 of the 75 awards for which it was nominated.

In 2017, Sarah guest starred as Melissa in the episode “Alice the Mole” of the fantasy comedy “Imaginary Mary”, and she also played the supporting character Maddy McAlister in 12 episodes of the family drama “Project Mc²”.

In 2018 and 2019, she starred as Jenna Hope in the action science fiction drama “Impulse”, created by Jeffrey Lieber, and which also starred Maddie Hasson and Enuka Okuma. It follows the life of a girl who has just learnt that she can teleport – the series won one of the five awards for which it was nominated. In 2020, Sarah made a guest appearance as Katie in the episode “Chapter Thirty-Four: The Returned” of the critically acclaimed fantasy horror drama “Chilling Adventures of Sabrina”, and she also played Donna Sweett in 16 episodes of the mystery crime drama “Riverdale”.

Sarah’s most recent role in a TV series has been her portrayal of Nicole Hegmann in the 2021 episode “Solar Winds”, of the mystery science fiction drama “Debris”.

Sarah has been nominated for only a single award: a 2014 Leo Award for Best Performance by a Female in a Short Drama, for “Floodplain”.

Sarah’s amongst the most secretive of actresses, as she avoids talking about the men whom she has perhaps been with, however, she has revealed in her Instagram account that she’s today in a relationship with Quinn Lord, an actor alongside whom she appeared in the 2013 movie “Floodplain”. The two began dating in March 2020 and are still together to this day, while there have been no rumors nor controversies surrounding their relationship.

Quinn has been credited with appearing in around 55 movies and TV series, and has won one of the eight awards for which he has been nominated.

He’s probably known best for his performance in the horror comedy movie “Trick ‘r Treat”, the romantic adventure fantasy series “Once Upon a Time”, and the science fiction thriller series “The Man in the High Castle”.

As of May 2021, Sarah’s dating Quinn Lord, hasn’t married and doesn’t have children.

Sarah likes to spend her spare time in nature rather than in overcrowded cities, and this is one of the reasons why she likes her country. Winter’s her favorite season as she likes snow, going skiing and wearing warm clothes.

She’s a cat-lover, and her pet cat can be seen featured in a couple of her Instagram pictures.

Sarah’s passionate about travelling, and her career has taken her to a couple of US states, but it doesn’t seem that she wants to live anywhere else but in Canada.

She has her own favorite actors and actresses, some of whom are Eddie Redmayne, Joseph Gordon-Levitt and Zooey Deschanel, and her favorite movies include “Les Miserables”, “500 Days of Summer” and “Bridge to Terabithia”.