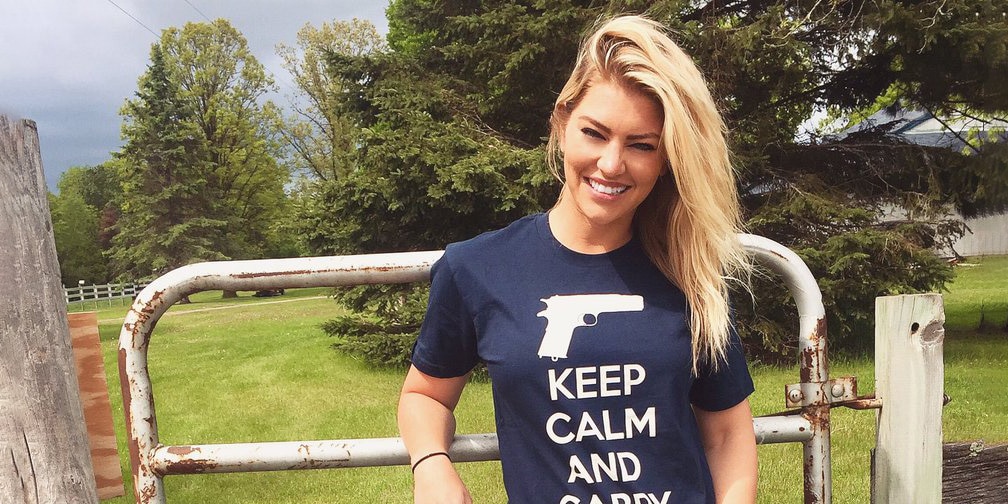 Who is Shannon Ihrke?

Shannon Ihrke was born in Minnesota, USA, on 15 August 1989 – her zodiac sign is Leo, and she holds American nationality. She’s a model and a social media star, but who’s perhaps known best for her Instagram account, which is today followed by more than 140,000 people. Shannon has uploaded close to 500 pictures, most of which nowadays feature her daughters Ary and Ava.

Shannon was raised in Minnesota by her parents, about whom nothing’s known, as she respects their privacy. She hasn’t mentioned having any siblings, but it’s believed that Shannon was raised alongside her sister.

She became interested in modelling at the age of nine, as her mother often read girly magazines, and Shannon admired the models featured in these. She began buying her own magazines upon enrolling at a local high school, however, she learned that more and more people were joining the US Marine Corps (USMC), especially after the 9/11 event, so upon matriculating in 2007, Shannon joined the USMC herself, staying in for four years, during which she spent some time serving in Afghanistan. As she has stated: ‘I owe the Marine Corps my life, hands down. It gave me a reason to wake up, push myself, set goals, and to push myself even harder when things got tough.’ She’s today a veteran USMC sergeant.

After her venture with the Marines, Shannon enrolled at Elmhurst University, from which she graduated with a Bachelor of Arts degree in 2015.

Shannon has been working as a model for the past five years, and gained recognition in 2018, when she won the Maxim Finest competition. She was then invited to attend the magazine’s 2018 Hot 100 Party, and was featured on the cover page of “Maxim USA”, and was then also featured in the Hot Shots calendar.

She has posed for various popular brands and companies, and her Instagram account is filled with pictures taken during her photoshoots.

Shannon launched her Twitter account in September 2011, and it’s today followed by more than 12,000 people, while she has tweeted over 13,000 times, but tt seems that she hasn’t tweeted since 22 January 2020.

Shannon also has a Facebook page, which is followed by close to 4,000 people, but she hasn’t updated it since 10 December 2018. She doesn’t have a TikTok account, but various videos related to her have been uploaded onto the network, and these have been viewed over 200,000 times.

Shannon launched her YouTube channel on 4 October 2011, mostly because she wanted to share her skills as an equestrian with the public. The channel’s today subscribed to by 269 people, and numbers over 30,000 views of all her 25 videos combined.

Shannon’s most popular video – “Shannon’s Ice Bucket Challenge” – has been watched over 10,000 times since 19 August 2014, and features her doing the ice bucket challenge (standing in her swimsuit while a bucket full of water and ice is emptied over her).

Her second most popular video, “Shannon Ihrke at the beach”, has been seen more than 6,000 times since 14 May 2014, and features Shannon showing off her body at the beach.

Shannon’s third most popular video is “Cliff Jumping at the Quarries in St.Cloud, MN”, and has been viewed over 4,200 times since 30 June 2012, and shows Shannon and her boyfriend as they’re jumping off a cliff in Saint Cloud.

She hasn’t been active on YouTube since 24 April 2018, when she uploaded her most recent video – “10 yr old girl riding Indy”.

Shannon has been riding horses since she was six, and once considered going professional.

She’s today a certified horse riding instructor, and is mostly focused on working with children.

She has been selling her own merchandise on the internet for several years now, and Shannon’s planning to launch her own clothing line.

There are rumors circulating the internet, claiming that Shannon has begun writing a book, which will follow her life during the four years she spent in the USMC.

Shannon’s more or less open when it comes to talking about her love life, and it’s widely known that she’s today engaged to the man named Jake, but has kept his surname hidden from the media’s attention.

The two were together for over two years before Jake asked Shannon to marry him – they haven’t talked about the date of their wedding – some of their fans believe that they are yet to set it. Jake’s a bodybuilder, and has been featured in many of Shannon’s Instagram pictures.

On 11 May 2019, Shannon announced on Instagram that she was pregnant, with the picture caption ‘No big deal, just the biggest news of my life – my boyfriend Jake and I are EXPECTING ???????? We’re pregnant AF!!…’ She gave birth to their daughter in October 2019, and in December 2020, gave birth to their second daughter.

Neither Shannon nor Jake have spoken of any other people whom they had perhaps dated before meeting each other, and as of July 2021, Shannon’s engaged but hasn’t yet married, and has two daughters with her boyfriend Jake.

Shannon’s physically highly active, as it’s important for her modelling career to stay in shape. She has four to five training sessions at the gym each week, mostly working out with her fiancé.

Summer’s her favorite season, as she loves to sun tan at the beach, play beach volleyball with her friends, and swim in the ocean.

She’s a lover of animals, with her favorites being horses. Shannon has her own horse, as well as two pet dogs.

She’s passionate about travelling, and has visited various American states, as well as a couple of Asian and European countries.

In her spare time, which is mostly late at night, Shannon likes to watch movies which star her favorite actor Leonardo DiCaprio. Some of these include “Titanic”, “Inception” and “Catch Me If You Can”.