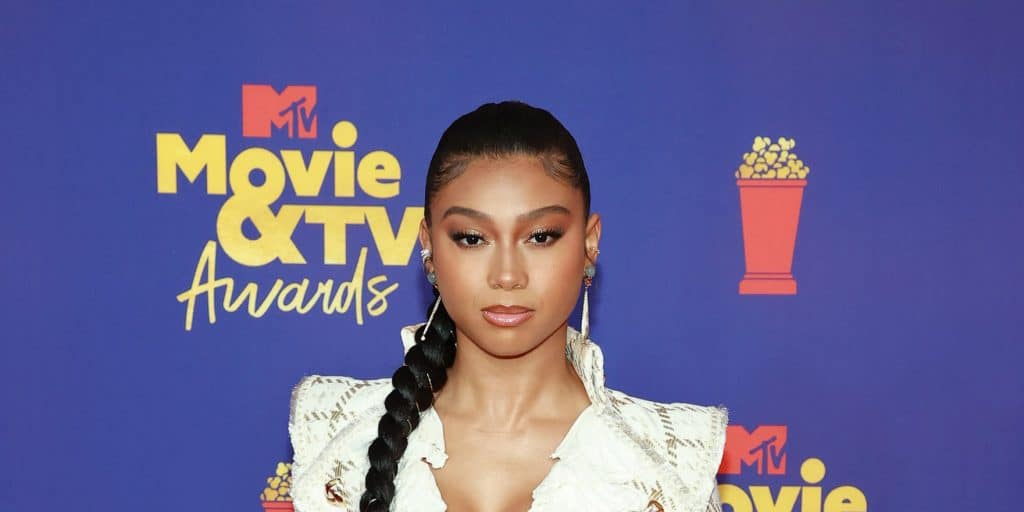 Who is Sierra Capri?

Sierra Capri was born in Baltimore, Maryland USA, on 8 September 1998 – her zodiac sign is Virgo, she holds American nationality, and her ethnicity is African-Latin. She’s an actress and a social media star, perhaps known best for her portrayal of Monse Finnie, one of the main characters in the Netflix comedy series “On My Block”. It was created by Lauren Lungerich, Jeremy Haft and Eddie Gonzalez, also stars Jason Genao and Brett Gray, and follows four friends while they’re attending a local high school in Los Angeles, California. The series has been airing since 2018, and has won one of the nine awards for which it’s been nominated.

Sierra was raised in Baltimore by her mother, who worked multiple jobs to support the two of them; she avoids talking about her father, and it’s widely believed that he abandoned the family before Sierra was born. As she hasn’t mentioned having any siblings, most people believe her to be an only child.

Sierra grew up being interested in acting, but was into various other activities while attending a local high school in Savannah, Georgia, where the family had moved when she was 12. She was into dancing, singing and creative writing, and was a cheerleader. Sierra’s mother supported her wish to become an actress, and in return, Sierra promised to attend college.

Upon matriculating in 2016, she enrolled at Armstrong State University, from which she graduated with a Bachelor of Arts degree in biology in 2020.

Sierra actually launched her acting career in 2016, with her uncredited appearance in the critically acclaimed biographical historical drama movie “Hidden Figures”, written and directed by Theodore Melfi, and which starred Taraji P. Henson, Janelle Monae and Octavia Spencer. The film follows a group of female African-American mathematicians who are working for NASA; it won 36 of the 133 awards for which it was nominated, including three Oscar nominations.

In the same year, she appeared (also uncre dited) in the comedy movie “Neighbors 2: Sorority Rising”, directed by Nicholas Stoller, and which starred Seth Rogen, Rose Byrne and Zac Efron. It follows Mac and Kelly, who have learned that a sorority has moved in next to their house, and are now set to have them leave. The film was nominated for the eight awards, and won three.

Most recently, with the exception of “On my Block”, we saw Sierra play Kai in the 2019 thriller movie “American Skin”, written and directed by Nate Parker who also starred in it, alongside Omari Hardwick and Beau Knapp. It follows a Marine veteran who’s working as a janitor, and who has taken justice into his own hands after the police officer who killed his son is found not guilty.

The movie won one of the five awards for which it was nominated.

In 2019, Sierra was featured in the episode “On My Block S2 Premiere” of the short news talk-show “Red Carpet Report”, and in 2020, she appeared in an episode of the game-show “TikTok Challenge Challenge”.

Sierra’s an Instagram star, as her account’s today followed by more than two million people, although she’s uploaded only around 70 pictures, most taken during her everyday life.

She launched her Twitter account in March 2014, and it’s today followed by more than 100,000 people, while Sierra has tweeted close to 800 times.

Her Facebook page numbers over 2,300 followers, while she’s a lot more popular on TikTok, with her account counting more than 1.3 million fans, and close to nine million likes of all her videos combined.

Sierra’s very secretive when it comes to her love life, and hasn’t mentioned any boys or girls whom she has perhaps been with. This is mostly why there are many rumors circulating the internet concerning her supposed past and present affairs, and her sexual orientation.

It’s widely believed that Sierra’s in a relationship with the American actor and model Diego Tinoco, who’s starring alongside her in the series “On My Block”. The two have apparently been seen spending time together on many occasions, but both have stated that they are only close friends.

There are also those who believe that Sierra is a lesbian, and that this is why she hasn’t spoken of the boys whom she’s perhaps dated.

A fan has even claimed to have seen her kissing her female friend at a Los Angeles’ club, but no evidence has been provided to support these claims, nor has Sierra commented on this.

As of August 2021, she seems to be single, hasn’t married, and doesn’t have children.

She’s a fan of tattoos, and has a music note inked onto her left wrist.

Sierra likes to travel, and her acting career has taken her to a couple of US states. She’s hoping to visit several European countries in 2022, especially Paris in France, which is her dream travel destination.

She’s a lover of animals, with her favorites being zebras and giraffes.

Sierra’s favorite season is summer, as she enjoys showing off her body at the beach, playing beach volleyball, and swimming in the ocean.

She’s physically active, and has two to three training sessions at the gym each week, mostly because it’s important for her acting career to remain fit and ‘in shape’.

She has her own favorite actors and actresses, some of whom are Leonardo DiCaprio, Anne Hathaway and Nicole Kidman, while some of her favorite movies include “Titanic”, “One Day”, and “Les Miserables”.