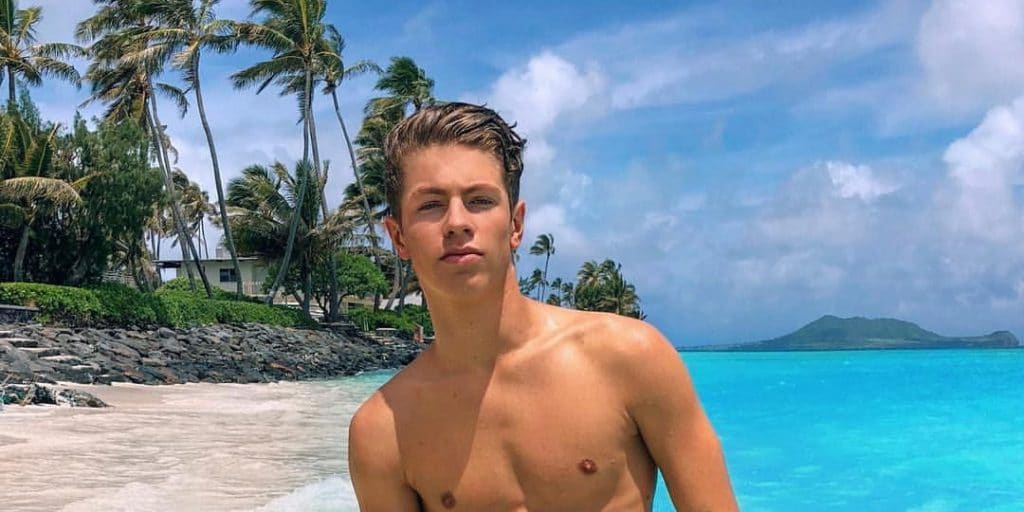 The Truth About Ben Azelart: Age, Girlfriend, Net Worth, Parents

Who is Ben Azelart?

Ben Azelart was born in Texas, USA on 10 January 2002 – his zodiac sign is Capricorn and he holds American nationality. He’s a social media star, an actor and a YouTuber, who’s probably known best for his YouTube channel which he launched on 5 June 2014, aged 12. The channel’s today subscribed to by over seven million people, while it numbers more than one billion views of all his videos combined. Ben uploads a video each Sunday, and these feature him pulling pranks, doing challenges and showing his fans his everyday life; his most popular video “Cutting Peoples Earphones, Then Giving Them Airpods” has been watched over 42 million times since 6 October 2019.

Ben was raised alongside his sister Julien Azelart in Texas by their father Lionel and their mother Jill, about whom nothing’s known as they prefer to stay away from the spotlight.

He became interested in skateboarding at a very early age, and it was his friends who encouraged him to launch a YouTube channel and start uploading his skateboarding videos onto it. These videos helped Ben amass many subscribers, and he eventually decided to focus on different content, and began uploading videos featuring him playing video games and following him during his everyday life.

Ben attended a local high at which he was mostly interested in playing sports, and was on his school’s football and soccer teams, then upon matriculating in 2020, he chose not to enroll at college but to focus on his career.

Ben has amassed over 5.7 million followers on Instagram, while he’s uploaded over 700 pictures, most of which have been taken during his everyday life. He launched his Twitter account in September 2020, and is today followed by more than 700 people while he also has a Facebook page followed by less than 1,000 people.

Ben’s a TikTok star too, with more than 13.4 million followers and over 320 million likes of all his videos combined.

Ben made his debut TV series appearance in 2018, with his portrayal of Bobby in the family science fiction series “Brobot”, which aired five episodes before being cancelled for low ratings, then later in 2018  he appeared in the comedy series “Bucket List”.

The year 2019 saw him portray Dorian in the episode “The Mystery Shopper” of the family comedy series “No Good Nick”, created by Keetgi Kogan and David H. Steinberg, and which starred Siena Agudong, Lauren Lindsey Donzis and Kalama Epstein. It follows a young man who has just knocked on the doors of a family claiming to be their distant relative; it was nominated for three awards. A couple of Ben’s following roles were in the reality mini-series “VS Couple Ships”, the drama mini-series “Awesomeness TV-Worlds Most Searched”, and the comedy series “Family Reunion”.

He starred as Wyatt in the 2020 short musical comedy film “Zombies 2: The Collab”, as well as in the reality show “Craziest Vacation Ever”.

Ben’s most recent role has been in the 2021 episode “Exposing The Truth About Ben Azelart” of the talk-show “Stay Wild”.

Ben wrote, produced, directed, edited and worked as a cinematographer on the 2016 reality comedy series “Ben Azelart”, and the 2021 talk-show “Stay Wild”.

He has been featured in various reality and talk shows, such as “Jeremy Hutchins”, “Group Chat with Jayden and Brent” and “Brent Rivera”.

Ben’s quite open when it comes to his love life, and has featured his girlfriend Lexi Rivera in many of his YouTube videos and Instagram pictures.

The two began dating in 2018 but haven’t disclosed how they met, although it’s widely believed that they began chatting on the internet before meeting in person several weeks later. Ben and Lexi spend nearly all of their time together as they live in the same house, and often collaborate, while they also occasionally work out together. On 3 November 2018, the two travelled to Japan, and numerous pictures taken during their trip have been uploaded onto their Instagram accounts.

Neither has spoken of their past relationships, so as of May 2021, Ben’s dating Lexi Rivera, hasn’t married and doesn’t have children.

Ben’s favorite season is summer as he enjoys showing off his muscular body at the beach, eating watermelon and playing beach soccer and volleyball. He also likes winter, as he can both ski and snowboard.

He’s keen on travelling, and has been to several US states while he’s also been to a couple of European and Asian countries.

Ben’s still an avid skateboarder, but doesn’t go skateboarding as often as he did when he was younger, but is still physically highly active ,and has five to six training sessions at the gym every week; he occasionally gives his fans advice regarding working out and dieting.

In his spare time which is usually late at night, Ben likes to watch movies starring his favorite actor Keanu Reeves, such as the trilogy “The Matrix”, the franchise “John Wick” and “Constantine”.

Who is his girlfriend Lexi Rivera?

Alexa ‘Lexi’ Rivera was born in California, USA, on 7 June 2001 – her zodiac sign is Gemini and she holds American nationality. She’s a YouTuber and a social media star, who’s probably known best for her YouTube channel which she launched on 21 August 2010, and is today subscribed to by more than 6.2 million people, and numbers close to one billion views of all her videos combined. The content which Lexi uploads is very similar to Ben’s – her most popular video “I’m PREGNANT!?” has been viewed over 31 million times since 21 September 2019.

Lexi was raised alongside her three brothers in California by their parents, about whom nothing’s known as they prefer to be left out of media.

She became interested in sports at a very early age, and was six when she started doing gymnastics. Lexi matriculated from a local high school in 2019, and then chose not to pursue a college degree but to focus on her career on social media.

She’s very popular on Instagram, and is followed by more than 7.7 million people while she’s uploaded over 420 pictures, most of which have been taken during her everyday life. Lexi launched her Twitter account in April 2020, which is today followed by more than 6,000 people, while she’s also a TikTok star with over 16 million followers, and close to 350 million likes of all her videos combined.