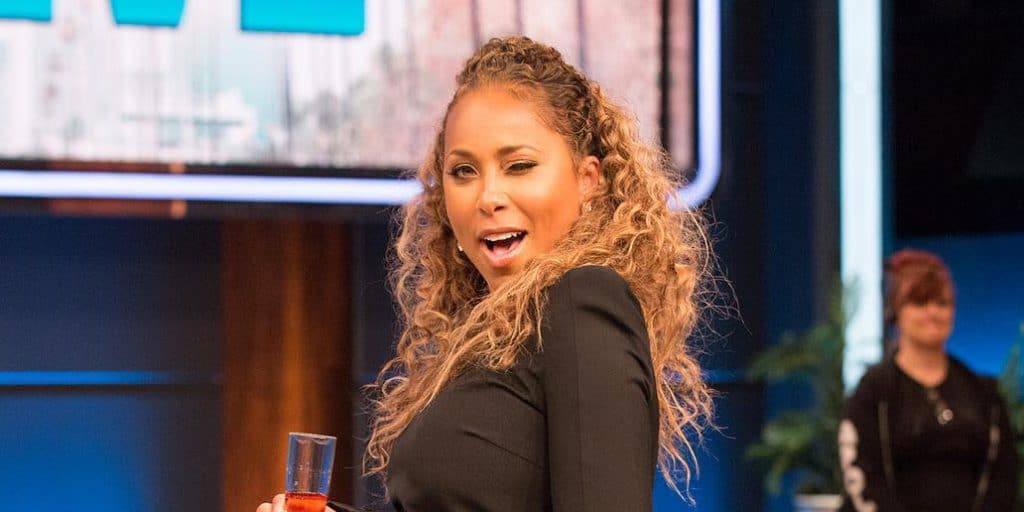 Who is Marjorie Harvey?

Being married to a Hollywood celebrity has not stopped Marjorie from pulling her weight in the fashion industry. From blogging about fashion to owning one of the most successful fashion businesses online, she has shown herself to be a very hardworking woman. So who is Marjorie Harvey?

She was born Marjorie Elaine Ridge under the Libra zodiac sign on 10 October 1964, in the USA. She is an American with mixed ethnicity. Her mother, Doris BriCareer was a secretary and her father whose name is not yet known worked as a driver. She was raised along with her brother, but not much is known about how her life growing up, who her brother is and what he does for a living.

She attended a local high school in which she showed an interest in sporting activities and literature. After her matriculation, she enrolled at the University of Memphis, Tennessee, but dropped out to focus on pursuing fashion professionally.

Marjorie began working on her career by gaining knowledge of the industry through her attendance at various fashion shows, both within and outside the country, as well as extensively researching fashion trends and styles. She started a blog named ‘The Lady Loves Couture’ in 2007 on which she posted beauty and fashion tips, tours and etiquette; the account has steadily grown to almost 400,000 followers.

The shopping platforms are renowned for their trendy clothing and designer bags. Her stores have turned out to be quite successful, and are regarded as her major source of income.

She also engages in charities, and co-founded the Steve and Marjorie Foundation together with her husband, geared towards poverty alleviation and improving the standards of living of impoverished individuals worldwide.

Before marrying her husband, Steve Harvey, a popular American comedian, Marjorie was married and divorced twice. Her first marriage was to Jimmy Townsend in the 1990s, whom she met when she was just 18 years, and about two decades younger than him. Jim is rumoured to be in his mid-50s although his birthplace, year and background have not been made public. He was sentenced to life imprisonment for purchasing about 40 kilograms of drugs to distribute; Jim was released in 2017 by then US President Barack Obama after he had served almost three decades.

Their marriage lasted about seven years before his incarceration, and when he had spent about five years in jail, Marjorie filed for divorce.

She moved on with her life and later re-married Darnell Woods – there isn’t much information about his background aside from being a member of the ‘Woods Brothers’ who were also alleged to be drug dealers. He and Marjorie had three children together: Morgan, Lori and Jason before he also was sent to prison.

Marjorie had earlier met her third husband Steve Harvey at a Comedy club in the 1990s, before he became famous. Steve still remembers the incident and recounted it in an interview, stating that she walked in while he was performing on stage and was smitten by her. He stopped his performance for a while, to the amusement of his audience, turned to Marjorie, and told her that someday he was going to marry her.

Broderick Steve Harvey was born under the Capricorn sun sign on 17 January 1957, in West Virginia, USA. His father Jesse Harvey was a coal miner, while his mother, Eloise Vera, was a stay at home mom and Sunday school teacher. The family later moved to East 112th Stret in Cleveland, Ohio, where Harvey and his siblings were raised with the little his parents could provide. The street has since been re-named after the comedian

After his matriculation from Glenville High School, Harvey did a series of odd jobs to earn a living. He debuted as a comedian in 1985 at a Comedy Club in Ohio, after replacing a comedian who did not make it to the venue. He won the amateur night, was gifted $50 and stated that the night at the club was the moment he was ‘born’ as a comedian, and realised what he wanted to be. The next couple of years were not easy for the young comedian, because he quit his day time job as a salesman to pursue his passion; he later stated in an interview that the only person who believed in his dream was his father.

Harvey slept in his car, showered at the gas station and was still an upcoming comedian who didn’t make much from his gigs. It was during this period that he met Marjorie, but due to his financial status and the distance between them, they lost contact.

Harvey continued to perform in shows and competitions such as the ‘National Comedy Search’ in 1990 in which he made it to the finals, “It’s Showtime at the Apollo’, and ‘Me and the Boys’ in 1994. He subsequently starred in ‘The Steve Harvey Show’ between 1996 and 2002, and also performed on ‘the Kings of Comedy tour’ alongside other famous comedians including Bernie Mac and Cedric the Entertainer. The tour was highly successful with almost $20,million taken in during its first two years, earning it the title of the highest-earning comedy tour.

He continued his stand-up career as well as starring in notable movies such as “The Fighting Temptations”, “You Got Served”, and ” Love Don’t Cost a Thing” among others.

He also has a widely successful book to his credit, entitled “Act Like a Lady, Think Like a Man” which was later adapted to a movie of the same name. He has since become one of the most successful American comedians, and hosted of some of the biggest shows worldwide including “Miss Universe” and “Family Feud”.

After his second marriage ended, Harvey reconnected with Marjorie and they were married in 2007. He has four children from his previous marriages: a son named Broderick and twins Brandi and Karli with ex-wife Marcia Harvey, and another son named Wynton from Mary Shackelford, his second ex-wife. They all live together in a blended family in Atlanta, Georgia US, with his three adopted children from Marjorie.

Her awards and recognition

The hardworking fashion designer is yet to have any awards or recognition for her work, but with the growth of her business and her work ethic, it may not be long before she gets recognised.

Both Marjorie and her husband have been involved in a fair share of controversies either from the ex-partners or career. Harvey in particular has been in the news for ‘racist’ comments directed at Asian men, for which he apologised, and other complaints from some of his jokes which some deemed as insensitive. Harvey’s ex-wife, Mary, accused him of assault during their marriage and also having an extramarital affair with his current wife before they divorced.

The former was revealed to be false by a judge, and he was cleared.

In 2015, Harvey’s name was splattered across tabloid headlines for the error he made during the announcement of the 2015 Miss Universe winner. He later claimed that it was a blessing in disguise, which opened up his biggest deal for a commercial at the Super Bowl.

Also, a report by Radar stated that Marjorie was suspected by the DEA and FBI to have had a part to play in her ex-husband, Jim Townsend’s drug ring. Although she wasn’t charged, Townsend planned to release a book in 2019 which detailed their drug-related activities during his previous marriage to Marjorie. He added that he didn’t have any allegiance to his ex-wife, and was going to spill his story, most of which he wrote while in prison. This didn’t seem to faze the couple who were already dealing with another rumour about them heading for divorce.

The couple responded to this in a funny skit, in which they appeared to make light of the allegations.

Her children have not been spared from media controversy, especially her daughter Lori, who has been in the news recently for her romantic affairs with high brow celebrities including musician Future, P.Diddy and one of his sons Memphis Depay, and her current man, Michael B Jordan.

Her favourites and hobbies

Marjorie enjoys travelling, either for work or leisure. She has been to many states within the US, plus France and the UK; her favourite travel experience was riding a camel in Abu Dhabi, UAE.

She has a dog which she is quite fond of.

She loves jazz and R’n’B, especially music by Dinah Washington and Frank Sinatra.

Being the wife of a comedian, it’s not surprising that she loves watching comedy shows. Her favourite comedians are Robin Williams and Chris Rock,Znd her favourite movies are “Aladdin”, “Patch Adams” and “Mrs Doubtfire”.

The fashion designer has stunning features as described by her famous husband, and left him speechless. She stands at a height of 5ft 6ins (1.67m) and weighs about 130lbs (58kg). She has long brown hair and blue eyes.

Marjorie’s net worth as of early 2021 is estimated at $50 million, which she’s accrued from her successful career as a fashion expert and her online stores. Her husband on the other hand is estimated by ‘Celebrity Net worth’ to have wealth of a whopping $200 million.

Where to find Marjorie

She is active on Instagram on which she runs her blog and fashion website. Her account @marjorie_harvey has over 2.3 million followers, and onto which she uploads pictures and videos of her family and travelling there. She doesn’t have a YouTube account linked to her, but she features on her husband’s channel occasionally.