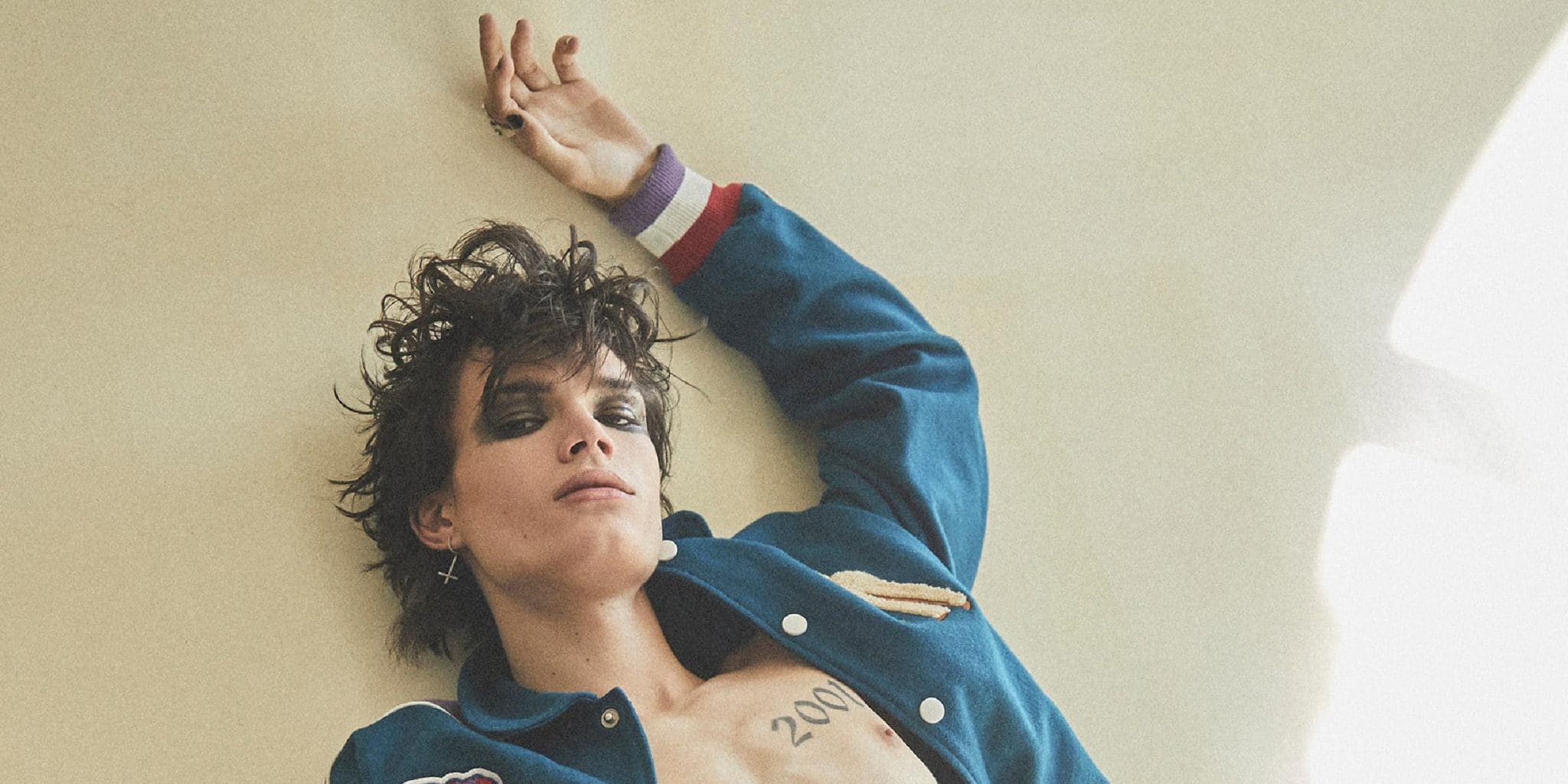 Who is Ian Jeffrey?

Ian Dickinson was born in New York USA on 17 December 2001 – his zodiac sign is Sagittarius and he holds American nationality. He’s a social media star and a model, but who’s probably known best for being the brother of James Charles, an American YouTuber, make-up artist and a social media star. He adopted ‘Jeffrey’ when he launched his online accounts.

Ian was raised in Bethlehem, New York alongside his brother, by their father Skip Dickinson who’s a contractor, and their mother Christine who’s a housewife.

He became interested in basketball while attending Bethlehem Central High School, and played for his school’s team wearing #3. Ian was bullied at school because of his brother, who was bullied even more than him, however, the two stuck together and continued pursuing their dreams. Ian was also interested in acting, and appeared in a couple of the school’s plays but as he steadily built a fanbase for himself on the internet, mostly thanks to his brother, Ian chose not to pursue a college degree upon matriculating in 2019, but to focus on his career on the internet.

Ian’s mostly popular for his Instagram account, which is today followed by more than 1.6 million people, while he has uploaded around 40 pictures, most of which have been taken during his modelling photoshoots; in many, he’s wearing make-up done by his brother. Ian has also revealed in one of his pictures that he has a tattoo on his chest, which reads ‘2001’.

He has also appeared in many of his brother’s videos, which is also why he rose to fame on the internet.

Ian’s more or less secretive when it comes to his love life, as he prefers to keep these matters to himself, however, it’s known that he was in a relationship with Loren Gray in 2018 and 2019.

Loren was born in Pottstown, Pennsylvania on 19 April 2002 – her zodiac sign is Aries and she holds American nationality. She’s a singer and a social media star, who’s known best for her TikTok account, which is followed by more than 52 million people while it numbers over 2.8 billion likes of all her videos combined. It’s widely believed that the two met on the internet, and met after chatting for several months, however, the relationship lasted for less than a year.

There are rumors circulating the internet that Ian’s either gay or bisexual, but this hasn’t been confirmed, nor has he commented on this; his brother is openly gay. As of May 2021, Ian’s single, hasn’t married and doesn’t have children.

Ian likes to spend his spare time in nature, and most of the pictures he’s uploaded onto his Instagram account feature him in fields, the woods, or close to the sea.

He has a couple of training sessions at the gym each week, and is following a strict diet, while he also occasionally plays basketball and soccer with friends.

Ian’s into travelling, and has been to a couple of US states for both work and pleasure, while he’s hoping to visit Paris in France in 2022.

He’s keen on reading books in his spare time, and late at night Ian likes to watch movies starring his favorite actor and actress, Heath Ledger and Natalie Portman, such as “Brokeback Mountain”, “The Dark Knight” and “Leon: The Professional”.

Who is James Charles?

James Charles Dickinson was born in Bethlehem, New York State USA, on 23 May 1999 – his zodiac sign is Gemini and he holds American nationality.

He’s probably known best for his YouTube channel which he launched on 1 December 2015, which is today subscribed to by more than 25 million people, and numbers over 3.4 billion views of all his videos combined. His most popular video, “No More Lies” has been viewed over 55.5 million times since 18 May 2019.

James also attended Bethlehem Central High School, from which he matriculated in 2017, and it was while studying there that he was asked by a friend to do her make-up for a dance evening organized at the school. James thus became interested in it, started teaching himself about make-up, and then began working in his hometown.

He steadily built his fanbase after the launch of his YouTube channel, and in October 2016, he became the American cosmetics brand CoverGirl’s spokesmodel. In November 2018, he launched his own clothing line – Sisters Apparel – and the make-up collection Sister Collection.

One of the first celebrities who asked James to do her make-up was Iggy Azalea, a famous Australian rapper, and he then appeared in her music video “Sally Walker”. It was revealed in April 2019 that James would embark on a tour around the US, but which had to be cancelled after he entered a feud with the American YouTuber and social media star Tati Westbrook. In October 2019, James released his eyeshadow Artistry Palette.

Between April and May 2020, he hosted his own reality competition show “Instant Influencer”, with the goal of finding ‘the next great beauty influencer’ – the winner also received $50,000.

Since the launch of his career, James has worked with celebrities such as Kim Kardashian, Madison Beer and Charli D’Amelio.

There’s been a lot of controversy surrounding James. Very early in his career, he was criticized simply because he’s a male make-up artist. In February 2017, he was criticized for tweeting ‘I can’t believe we’re going to Africa today omg what if we get Ebola?’ In April 2019, he stated that he’s not ‘fully gay’, and that he was, in the past, attracted to several girls and trans men, although he later apologized for this transphobic comment.

Multiple 16 years old boys have accused James of grooming, and of having sent nude photos to them, while he asked for them to send him nudes. James admitted to have done this, and apologized on 1 April 2021, claiming he wouldn’t be doing it again, however, more boys have since also accused him of grooming.