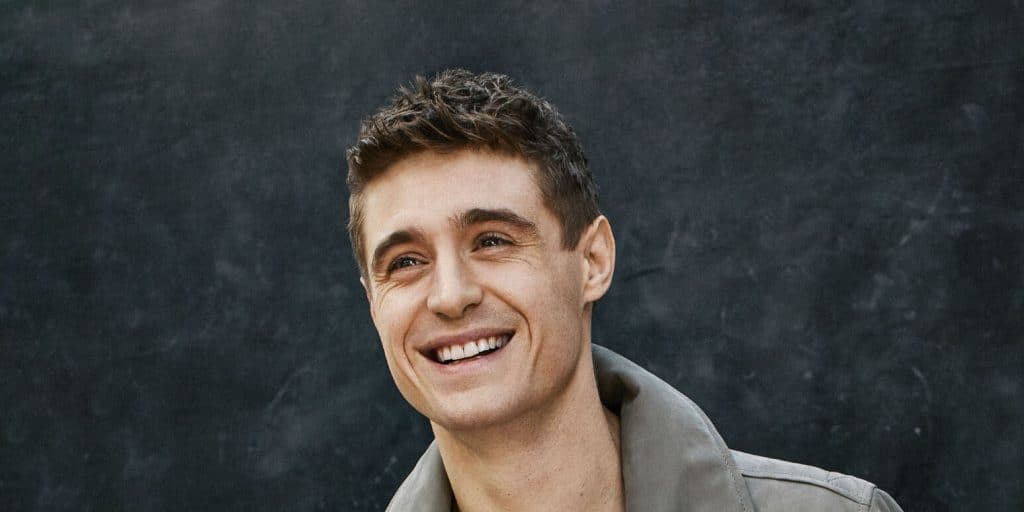 Who is Max Irons?

Maximilian Paul Diarmuid ‘Max’ Irons was born in Camden, London, England, on 17 October 1985 – his zodiac sign is Libra and he holds both British and Irish nationality. He’s an actor who’s probably known best for his portrayal of the lead character Joe Turner in the action thriller series “Condor”, created by Jason Smilovic, Ken Robinson and Todd Katzberg, and which also stars Kristen Hager and Bob Balaban. It follows a CIA analyst who remains the only one alive after a conspiracy kills everyone else at his office; the series has been airing since 2018 and has been nominated for a single award.

Max was raised in London alongside his brother Samuel who’s a photographer, and his maternal half-brother Richard Boyd Barrett who’s a politician, by their mother Sinead Cusack who’s a famous Irish actress, and his father Jeremy John Irons who’s a famous British actor and activist.

Max studied at Dragon School before moving on to Bryanston School at which he became interested in acting, and began appearing in school plays. He was also very sporting as he played soccer for his school’s team.  Upon matriculating in 2004, he enrolled at Guildhall School of Music and Drama, from which he obtained his Bachelor of Arts degree in 2008.

Max had problems at school because of his dyslexia, but still completed his education.

Max made his debut film appearance in 2004, with his portrayal of Curtain Call Boy in the hit romantic comedy “Being Julia”, written by Ronald Harwood based on the novel by W. Somerset Maugham, and directed by Istvan Szabo. It starred Annette Bening, Michael Gambon and Maury Chaykin, and follows the lives of stage actors and actresses in London in the 1930s, while the film won nine of the 28 awards for which it was nominated, including an Oscar nomination.

Max failed to win any roles in the following five years, although still studying, and worked as a barman to financially support himself. In 2009 he was cast to play Lucius in the critically acclaimed mystery fantasy drama “Dorian Gray”, and the same year saw him star as Tom in the short fantasy drama “Unrequited Love”. In 2011, Max played Henry in the mystery fantasy horror “Red Riding Hood”, written by David Leslie Johnson, directed by Catherine Hardwicke and which stared Amanda Seyfried, Lukas Haas and Gary Oldman. It follows the lives of people in a medieval village which is being threatened by werewolves, and a young woman who falls in love with an orphaned woodcutter; the movie was nominated for five awards.

Some of Max’s following roles were in the 2013 action adventure drama “The Host” (lead role), the 2014 thriller drama “The Riot Club” (lead role), and the hit biographical historical drama “Woman in Gold”, which starred Helen Mirren and Ryan Reynolds. The year 2015 saw him star in the short crime drama “Article Magazine: Echo”, and in 2017 he played Yuri in the historical romantic drama “Bitter Harvest”, David Castleman in the drama “The Wife”, and Charles Hayward in the mystery crime drama “Crooked House”.

Max’s most recent movie role has been his portrayal of Alf in the crime thriller drama “Terminal”, written and directed by Vaughn Stein, and which starred Margot Robbie, Simon Pegg and Dexter Fletcher; it follows three assassins, janitor, waitress, crime boss, and a teacher, who are at a train terminal at night; the movie was nominated for two awards.

Max has appeared in only five TV series, including “Condor”. He made his debut TV series appearance in 2011, with his portrayal of Tommy Pasqualino in three episodes of the crime mini-series “The Runaway”, and in 2013, he portrayed King Edward IV in the historical romantic mini-series “The White Queen”, which starred Aneurin Barnard, Rebecca Ferguson and Amanda Hale, and follows three women fighting for the throne in 15th century England – the series was nominated for 12 awards including three Golden Globes. The year 2016 saw Max play Howard Carter in another historical romantic mini-series, “Tutankhamun”, while his only other TV series role has been his portrayal of Al in two episodes of the 2018 thriller drama “The Little Drummer Girl”, which won two of the 10 awards for which it was nominated.

Max has been featured in various documentary movies such as the 2011 short “Red Riding Hood: Red’s Men”, the 2012 “Words of Captain Scott” and the 2015 short “The Making of Woman in Gold”.

He has made a guest appearance in various talk-shows such as “Sidewalks Entertainment”, “Extra with Billy Bush” and “Celebrity Page”.

Max prefers to keep the details of his love life to himself, but has still allowed his fans to have a glimpse into it.

Sometime in the late 2000s, he was in a relationship with a French actress and a fashion model Clemence Poes; they were together for around a year. In 2011, he began dating Emily Browning, a popular Australian actress and singer. They split in 2012 when Max began dating Sophie Pera, who’s working for the British magazine “Tatler” as a fashion director. The two became engaged in 2013, and married on 30 November 2019 in front of their wide circle of friends and family members.

They don’t have children, as it appears that they want to rather focus on their careers.

As of May 2021, Max’s married to Sophie Pera, and doesn’t have children.

He has done some modelling work too, but has considered it a hobby rather than a job; Max modelled for Burberry.

He likes spending time with people who have a good sense of humor, are kind and generous. He also looks for these same attributes in women.

He likes to read books in his spare time, and some of his favorites are “The Unbearable Lightness of Being”, “Catcher in the Rye”, and “Pride and Prejudice”.

Max’s physically quite active, and enjoys going diving and hiking. He also has a couple of training sessions at the gym each week.

He’s passionate about travelling, and has been all around Europe as well as to a couple of Asian countries and US states.

In his spare time which is mostly late at night, he likes to watch movies starring his favorite actor and actress Russell Crowe and Kate Winslet, such as “Gladiator”, “A Good Year” and “Eternal Sunshine of the Spotless Mind”.

Who is his father, Jeremy Irons?

Jeremy John Irons was born in Cowes, Isle of Wight, England, on 19 September 1948 – his zodiac sign is Virgo and he holds British nationality. He’s been credited with appearing in over 100 movies and TV series, and has won 33 awards including a 1991 Oscar for Best Actor in a Leading Role for his performance in the biographical mystery movie “Reversal of Fortune”.

He was raised in Cowes alongside his brother Christopher and sister Felicity Anne, by their father Paul Dugan Irons and mother Barbara Anne Brereton Brymer (nee Sharpe).

Jeremy studied at Sherborne School, and was interested in music during his time there, becoming a member of the band Four Pillars of Wisdom, playing the drums and harmonica. Jeremy practiced his acting skills at the Bristol Old Vic Theatre School, and appeared in numerous plays.

He launched his career on TV in 1971, with his appearance in the mystery crime series “The Rivals of Sherlock Holmes”. He continues acting to this day, with a couple of his most notable performances having been in the horror thriller movie “Dead Ringers”, the animated adventure drama “The Lion King”, and the action adventure science fiction movie “Assassin’s Creed”.

Jeremy’s a philanthropist who has worked with various charity organizations, and was a Goodwill Ambassador for the United Nations’ Food and Agriculture Organization.

Before meeting Max’s mother, he married Julie Hallam in 1969 but divorced her in the same year.

Who is his mother Sinead Cusack?

Sinead Moira Cusack was born in Dalkey, Dublin, Ireland, on 18 February 1948 – her zodiac sign is Aquarius and she holds Irish nationality.

Sinead was raised in Dalkey alongside her sisters Sorcha and Niamh, both of whom have become actresses, by their father Cyril Cusack who was an Irish actor, and their mother Maureen Cusack (nee Kiely) who was an Irish actress. She began acting at the Dublin’s Abbey Theatre, then in 1975 Sinead moved to London, and began acting with the Royal Shakespeare Company. She isstill acting to this day, and has appeared in numerous plays, over 80 movies and TV series, and has won three of the six awards for which she has been nominated.

While married to Jeremy, Sinead was in a long-term relationship with Tom Stoppard, a British playwright and screenwriter, but she still wanted to stay married to Jeremy because she didn’t want the family to fall apart.