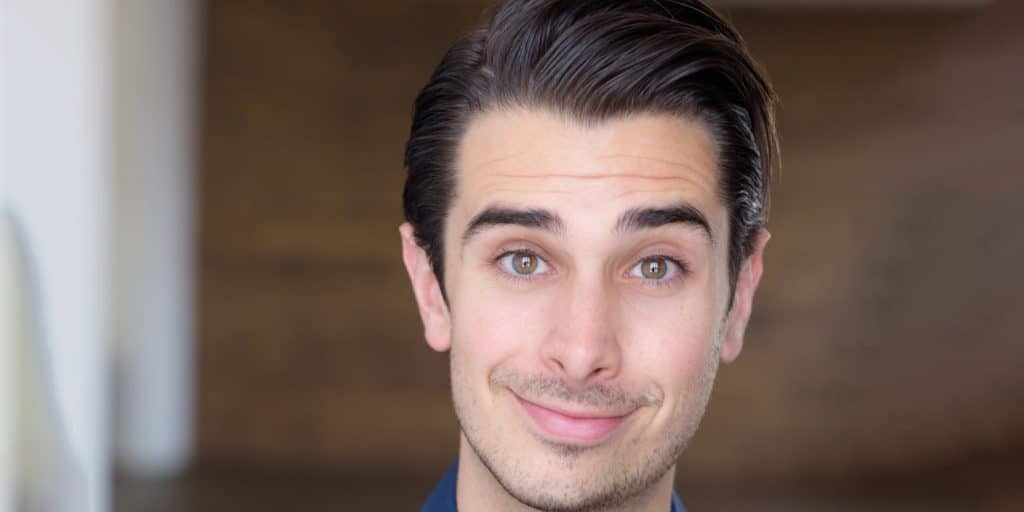 Who is Joey Richter?

Joey Richter is an American actor, comedian, writer and director, best known to the world for his portrayal of Ron Weasley in Starkid’s theatrical productions “A Very Potter Musical”, “A Very Potter Sequel”, and “A Very Potter Senior Year”, but also as one of Tin Can Brothers on YouTube.

Joseph Micahel Richter was born on 31 July 1989 under the Leo zodiac sign, in Laguna Niguel, Orange County, California USA. After high school, Joey enrolled at the University of Michigan from which he obtained a Bachelor of Fine Arts in Theater Performance, with a minor in Global Media Studies.

From 2012 to 2013 he was Officer Petey in the TV comedy series “Jessie”, while from 2015 to 2020 he portrayed The Time Jerker in the TV action-comedy series “Henry Danger”. In 2016 he starred in the comedy film “Spies Are Forever”, for which he also wrote the script.

The same year he was Ernest Hemingway in the TV comedy series “Edgar Allan Poe’s Murder Mystery Dinner Party”, and also appeared in the drama film “That Summer”, starring Leanne Agmon, Jamie Baer and Parker Harris. Two years later, he featured in the comedy-musical film “The Guy Who Didn’t Like Musicals”, with Jon Matteson and Lauren Lopez next to him in the lead roles.

In recent years, he played Crispin Lynch in the TV mini-series “Wayward Guide”, then featured in the musical “A VHS Christmas Carol”, while he is currently working on the comedy-drama film “Unaffiliated”, in which he will star with Jaime Moyer and Seamus McCarthy.

In addition to his work on screen, Joey has also displayed his talents on YouTube with the help of friends Corey Lubowich and Brian Rosenthal. They launched the TinCanBros YouTube channel in 2014, and since then have acquired around 80,000 subscribers and their videos have been viewed more than 10 million times.

Some of their most popular videos include “Curt, Owen & The Russian Affair| Spies Are Forever Act 1 Part 1”, which now has over 520,000 views, then “God I Hope I Get It (The Bomb, That Is) | Spies Are Forever Act 1 Part 3”, which has been viewed more than 320,000 times, and “Those Meddlesome Hooligans| The Solve It Squad Returns Part 1”, which has over 260,000 views, among numerous other videos that have only increased Joey’s popularity.

In regards to his personal life, Joey hasn’t talked much about it, however, his girlfriend has. Since 2012, he has been in a relationship with actress Lauren Lopez, and in July 2020, Lauren announced on her Instagram that the two had become engaged. The couple resides in Los Angeles with their Chihuahua Diane.

According to sources, Joey Richter’s net worth has been estimated to be around $1.5 million as of mid- 2021, which he’s earned through his successful acting career of more than 50 appearances in TV series and films; his YouTube career has also contributed to his wealth.

This prominent actor and entertainer has dark brown eyes and dark brown hair. He stands at a height of 6ft 1in (1.85m), while he weighs approximately 170lbs (77kgs). His vital statistics are currently unknown, though he has a fit figure.

Lauren Elizabeth Lopez was born on 8 March 1986, in Royal Oak, Michigan USA, of Jewish and Mexican ancestry; she has an older brother.

After high school, she enrolled at the University of Michigan, where she studied acting, and continued her education at The Second City and Improv Olympics (iO) in Chicago, but also with Groundlings in Los Angeles. She started learning various dances when she was just three years old.

Lauren is a founding member of the musical theatre company Team Starkid, working on eight original musicals, and touring the US with them on several occasions. She has worked in theaters across Chicago, Los Angeles, New York and others, while she’s also performed in Germany, England, and Ireland.

To speak of her on-screen career, Lauren featured in the TV series “Little White Lie” in 2009, while in the “A Very Potter Musical” played Draco Malfoy on several occasions, and in the “Spies Are Forever” film she was Cynthia Houston.

Lauren also appeared George Eliot in the TV mini-series “Edgar Allan Poe’s Murder Mystery Dinner Party”. In 2018 she was in the film “The Guy Who Didn’t Like Musicals”, and recently played Agnes Florentine in the TV mini-series “Wayward Guide” (2020). She’s currently working on the TV series “Stellar People”, which is yet to be released.

To speak further of her accomplishments, Lauren is a part of the Team StarKid YouTube channel, launched in 2009, which has over 725,000 subscribers, and the videos have attracted more than 300 million views. Lauren has featured in many videos, which has also contributed to her popularity.

Lauren is a theater audition coach too, and choreographer for new musicals. She’s also appeared in television commercials for such brands as Bank of America, Toys R Us, Intel, and Kmart, among others.

Lauren Lopez’s net worth has been estimated to be around $1.5 million as of mid- 2021, earned through her successful career as an actress, but also as a YouTube star.

Lauren has brown eyes and brown hair, while she stands at a height of 5ft (1.52m) – her other vital statistics are unknown.