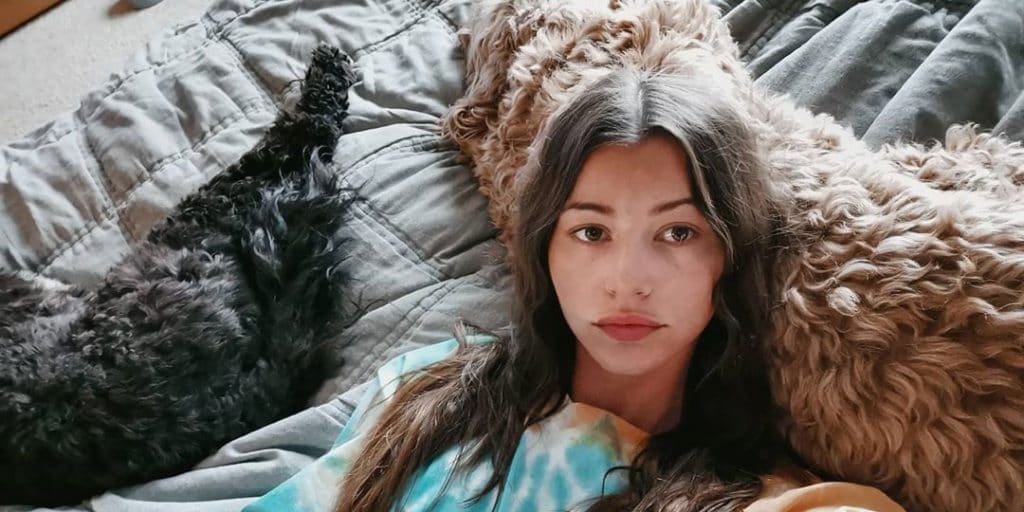 Who is Eleanor Calder?

Eleanor Jane Calder was born in London, England, on 16 July 1992 – her zodiac sign is Cancer, and she holds British nationality. She’s a social media star, model and an entrepreneur, but who’s perhaps known best for being the girlfriend of British singer-songwriter Louis Tomlinson.

Eleanor was raised in London by her mother Kim Hickman, and her father Murray Calder. She hasn’t spoken of having any siblings, and is thus believed to be an only child.

Eleanor became interested in modelling while attending St. Marylebone School, as she and her peers occasionally bought girly magazines together.

She practiced posing in front of her bedroom mirror, and was encouraged by her peers and family to pursue her dreams. Eleanor was physically active while attending a local high school, as she practiced volleyball, and was into gymnastics as well.

Upon matriculating in 2010, she enrolled at the University of Manchester, from which she graduated with a Bachelor’s degree in sociology and politics, in 2014.

Eleanor began modelling as soon as she matriculated, and has posed for various popular brands, such as Calvin Klein, Tommy Hilfiger and Valentino. Nowadays, she’s known better for her presence on the internet than for her modelling career.

Eleanor’s an Instagram star, having amassed more than 3.6 million followers, and has uploaded around 600 pictures, most of which have been taken during her photoshoots. She also has another Instagram account, “The Trend Pear”, which she’s running together with Maximilian Hurd. It’s followed by over 1,600 people, and the two use it to share their advice related to fashion.

She launched her Twitter account in January 2012, and it’s today followed by more than 2.8 million people, while Eleanor has tweeted over 1,700 times. A Facebook fan page of Eleanor is followed by more than 30,000 people, and she’s also active on TikTok, amassing over 30,000 followers, and more than one million likes of all her videos combined.

Back in September 2011, Eleanor was introduced to Louis Tomlinson through their mutual friend Harry Styles; both boys are members of the band One Direction, and are very popular.

Eleanor and Louis began dating a couple of days later, agreeing to maintain a long distance relationship, as Louis was often touring with his band, while Eleanor was focused on her studies. In 2015, they broke up for unknown reasons, and Louis could’ve then been seen dating Briana Jungwirth; this started rumors on the internet, which claimed that he had broken up with Eleanor because he wanted to date Briana, who later gave birth to their son.

Louis then broke up with Briana, and in February 2017, he reconciled with Eleanor.

They have since been together, although there are unconfirmed rumors claiming that Eleanor and Louis have recently split again.

As of July 2021, Eleanor’s dating Louis Tomlinson, hasn’t married and doesn’t have children.

Eleanor’s a dog-lover, and her pet dogs can be seen featured in some of her Instagram pictures.

Eleanor’s physically quite active, and has one or two training sessions at the gym each week, but prefers to do sports. She’s an avid horseback rider, and occasionally plays tennis with her friends.

She’s into travelling, and her modelling career has taken her to various European countries, while she has also been to many US states.

In her spare time, which is usually late at night, Eleanor enjoys watching movies starring her favorite actor and actress, Tom Hanks and Angelina Jolie, such as “Sleepless in Seattle”, “Cast Away” and “Mr. and Mrs Smith”.

Who is Louis Tomlinson?

Louis William Tomlinson was born in Doncaster, South Yorkshire, England, on 24 December 1991 – his zodiac sign is Capricorn, and he holds British nationality.

He’s a singer-songwriter, soccer player and a philanthropist, who’s probably known best for being a member of the band One Direction.

Louis was raised in Doncaster alongside his four maternal half-sisters, by their mother Johannah ‘Jay’ Poulston, who split from Louis’ father Troy Austin when he was still a toddler. Johannah then married Mark Tomlinson, and Louis took his surname. He also has a paternal half-sister. Louis studied at Hayfield School, before moving on to Hall Cross School. During his time there, he worked various jobs to earn money, and then appeared in the drama series “Fat Friends”. This motivated Louis to enroll at an acting school, and he played supporting characters in the crime drama movie “If I Had You”, and the drama series “Waterloo Road”.

In 2010, Louis entered the singing competition show “The X Factor”, passing the first round with his cover of “Hey There Delilah”, however, he was soon eliminated. He was then invited to perform together with four other “The X Factor” contestants – Harry Styles, Liam Payne, Zayn Malik, and Niall Horan. They chose ‘One Direction’ as their name, and finished the competition third. They then signed a contract with Simon Cowell’s Syco Records, and in February 2011, the boys published their book “One Direction: Forever Young (Our Official X Factor Story)”.

In September 2011, their debut single was released, entitled “What Makes You Beautiful”, topping charts in several European countries, and two months later their debut album entitled “Up All Night” was released.

By 2014, One Direction had published two more books, and had released two more albums: “Take Me Home”, which topped the charts in more than 35 countries, and “Midnight Memories”, which became the best-selling album in the world.

The boys have been performing together to this day, while Louis has also launched his solo career, and should be releasing his second solo album by the end of 2021.

Louis is a philanthropist, and has been working with Bluebell Wood Children’s Hospice for many years. He also joined the 2016 Soccer Aid fundraiser created by UNICEF, and Louis’ today a supporter of the movement Black Lives Matter, while he and Eleanor walked the George Floyd protest organized in London.

In December 2016, Louis’ mother died of leukemia, and in March 2019, he lost his half-sister Felicite Tomlinson to an accidental drug overdose.

Where is Alice Kim now? How rich is Nicolas Cage’s ex wife?