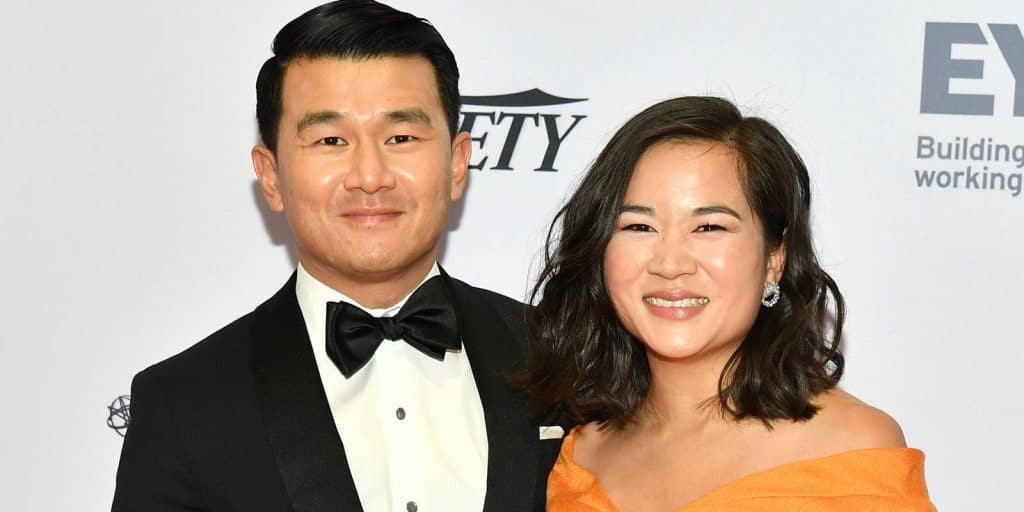 Who is Hannah Pham?

Hannah Pham was born in Melbourne, Victoria, Australia she hasn’t shared the exact date of her birth with the public, however, her year of birth is believed to be 1988 – she is of Vietnamese descent and holds Australian nationality. Hannah is a lawyer, but who is perhaps only known for being the wife of Ronny Chieng, a famous Malaysian actor and comedian.

Hannah was raised alongside her brother Bruce and sister Christine in Melbourne, by their father who has been staying away from the spotlight and their mother Julie Pham who is a housewife – both Hannah’s siblings are married and are living with their families in Melbourne.

Hannah was urged by her parents to focus on her education from a very early age and was thus one of the best students at both her elementary school and then the Melbourne Girls Grammar Public School, where she was interested in various things including writing books, acting in movies and being a member of an orchestra. Upon matriculating in 2006, she enrolled at the University of Melbourne from which she graduated with a Bachelor of Laws degree in 2010, but also obtained a Bachelor of Commerce degree in the same year.

Hannah enrolled at New York University in 2016, and obtained her Master of Laws degree the following year.

Hannah actually launched her career in August 2009, when she joined Redflex Traffic Systems as their legal assistant, and during the almost two years spent there, was in charge of ‘providing legal support to senior management on commercial agreements in Australia and Europe.’

In March 2011 she joined Herbert Geer, providing insurance services for half a year before working on projects and constructions for another half a year – in April 2012, she joined Thomson Geer as a lawyer, and was mostly in charge of conducting complicated litigation and reviewing patent licensing agreements.

After over four years at Thomson Geer, in June 2016 Hannah started working at Wilmar Sugar Australia Pty Ltd as a corporate lawyer, helping the sugar and renewable energy company with its commercial agreements, but held the job for only two months, and then worked as a freelancer for the following four years.

In July 2020, Hannah joined VICE Media as their commercial counselor, working on their legal and business affairs, but quit after three months – it appears that she has been without a job since September 2020 (according to her LinkedIn account).

Hannah and Ronny Chieng have been keeping their marriage away from the media’s attention, and not a lot is known about the two’s love life.

It is believed that they had known each other for around a decade before marrying, and that Hannah and Ronny were initially good friends before going on a date. They married in a private ceremony attended by their closest friends and family on 9 September 2016, and it appears that the two have agreed not to have children because they both want to focus on their careers. They could have been seen attending most of Ronny’s red carpet events together.

Hannah hasn’t talked about any other men she might have dated before meeting Ronny, and as of January 2021, she is married and doesn’t have children.

Hannah loves to cook, and was advised by her best friend to start a YouTube channel and upload her cooking videos onto it – she took the advice and her channel “Pham Bam Kitchen” was launched on 13 April 2018, today numbering around 1,550 subscribers and over 50,000 views of all her 25 videos combined. Hannah’s most popular video “Bak Kut Teh feat. Ronny Chieng | Pham Bam Kitchen” has been watched over 24,000 times since 6 February 2019.

Hannah is keen on travelling, and her as well as her husband’s career have taken her to various Asian and European countries, while she has also been to several US states – she is currently living in New York with Ronny.

Who is Ronny Chieng?

Ronny Xin Yi Chieng was born in Johor Bahru, Malaysia, on 21 November 1985 – his zodiac sign is Scorpio and he holds Malaysian nationality.

He is perhaps known best for having created the comedy series “Ronny Chieng: International Student” in 2017, in which he also starred alongside Molly Daniels and Shuang Hu – the series follows Ronny who travels to Australia to study law, get good grades and make his parents proud.

Ronny’s family often moved during his early years, and he lived in Malaysia, Singapore and Manchester in New Hampshire USA – he attended FuChun Primary School (Singapore) and then enrolled at Pioneer Secondary School (Singapore). He matriculated in 2003, and two years later enrolled at the University of Melbourne, from which he graduated with a double degree in law and commerce in 2009 – in 2012, Ronny obtained his Graduate Diploma in Legal Practice.

He has been credited with appearing in around 30 movies and TV series, as well as in almost 50 TV shows, while he is today a senior correspondent on the late-night talk and news satire “The Daily Show”.

He made his debut TV series appearance in 2010 when he played a translator in “Late Night Tonight”, and in 2012 portrayed Mr. Meowgi in all four episodes of the comedy series “Problems”. He gained recognition in 2013 after playing various characters in 13 episodes of the comedy series “Legally Brown”, which also starred Hazeem Hussain, a famous comedian and actor. The following years saw Ronny appear in an episode or two of various series, while his most recent role in a TV series has been in ten 2020 episodes of the animated action “Scissor Seven” in which he voiced Seven.

He made his debut film appearance in 2014 when cast to play Paul in the short comedy “Addicted to You”, written and directed by David Boulton, while his first role in a full-length movie was in the 2015 comedy “Stories I Want to Tell You in Person”. Ronny has recently been cast to appear in six upcoming movies, some of which are the comedy “Untitled Pajama Men Project”, the action adventure fantasy “Shang-Chi and the Legend of the Ten Rings”, and the comedy “Push”.