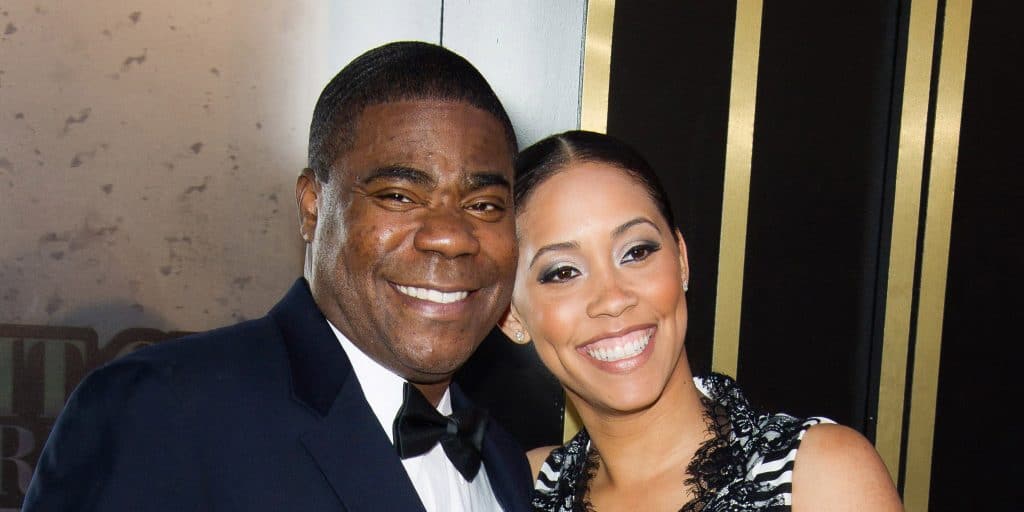 Megan Wollover was born in New Jersey, USA, on 7 November 1987 – her zodiac sign is Scorpio, and she holds American nationality. She’s an actress, producer, model, and a social media star, who’s perhaps known best for being the wife of Tracy Morgan, a famous American stand-up comedian and actor.

Megan was raised in New Jersey by her parents, but about whom nothing’s known, as she respects their privacy. She hasn’t spoken of having any siblings, and is thus believed to be an only child.

She spent a lot of time watching movies with her family too, and thus also became interested in acting. Megan began chasing after her dreams while still attending school, as she took on sports to sculpt her figure, as well as sending her pictures to various modelling agencies.

She matriculated in 2005, and then signed her first contract with a modelling agency, thus choosing not to pursue a college degree.

Career in the film industry

Not a lot is known about Megan’s career, as she prefers to keep it away from the media’s attention, however, it’s still known that she has appeared in a movie, and several talk-shows, while she also has a producing credit.

In 2010, Megan was cast to play Letisha in the short comedy film “Unholy Roller”, written by Brett Price, directed by Greg Greiner, and which starred Sarah Ansley, Fausto Bernal and Eric Greiner. It follows a student who has fallen in love with a guy with whom she’s chatting on the internet, however, problems start after they begin planning to meet in person.

In 2015, Megan appeared in an episode of the talk-show “Entertainment Tonight”, as well as in another episode in 2019, and in 2018 she made a guest appearance in the episode “Tracy Morgan’s Giant Shark Tank Revealed” of the reality show “Tanked”.

Also in 2018, Megan co-produced the episode “Swipe Right” of the popular comedy series “The Last O. G.”, created by John Carcieri and Jordan Peele, and which stars her husband Tracy Morgan, Tiffany Haddish and Ryan Gaul.

The series follows a man who has been released from prison after having served 15 years, and who has now settled in Brooklyn; it has been airing since 2018, and has won four of the 18 awards for which it has been nominated.

Megan and Tracy Morgan began dating sometime in the late 2000s, after they were introduced by a mutual friend at a party. Tracy revealed in September 2011 while attending the Emmy Awards event, that he’d asked Morgan to marry him half a year earlier, and that she’d said ‘yes’.

On 2 July 2013, Megan gave birth to their daughter Maven, who can be seen featured in many of Megan and Tracy’s Instagram pictures. On 23 August 2015, the two married in a private ceremony attended by many of their friends and family members, however, in July 2020, Megan filed for divorce for unknown reasons; it’s yet to be finalized.

She hasn’t spoken of any other men whom she has perhaps been with, but it’s widely known that Tracy was married once before meeting her. He exchanged vows with his high school sweetheart Sabina in 1987, while still attending high school, and she gave birth to their three sons. In August 2009, Tracy filed for divorce, after the two had spent eight years separated.

As of August 2021, Megan’s still married to Tracy Morgan but has filed for divorce, and has a daughter with him.

Megan’s highly active on Instagram, and is today followed by close to 18,000 people. She seems to be cautious about whom she lets see her pictures, as her account has been set to private; Megan’s uploaded over 660 photos, most taken during her everyday life.

She loves to travel, and her modelling career has taken her to many US states, as well as to a couple of European countries, including France and England; her dream travel destination is Venice in Italy, which she also believes to be one of the most romantic cities in the world.

She’s a dog-lover and has two pet dogs, while she’d apparently volunteered at an animal shelter during her teenage years.

Megan enjoys watching movies late at night, and her favorite actor and actress are Keanu Reeves and Natalie Portman, while a couple of her favorite movies are the trilogy “The Matrix”, “V for Vendetta” and “Leon: The Professional”.

Who is Tracy Morgan?

Tracy Jamal Morgan was born in New York City, USA, on 10 November 1968 – his zodiac sign is Scorpio, and he holds American nationality. He’s an actor and a stand-up comedian, who’s perhaps known best for his role in the critically acclaimed comedy series “30 Rock”, created by Tina Fey, who also starred in it alongside Tracy and Alec Baldwin. It follows Liz Lemon, who’s the head writer of a popular comedy sketch show, and has just got a new boss; the series aired from 2006 to 2013, and won 105 awards, including 16 Primetime Emmys, while it was nominated for 336 other awards.

Tracy was raised alongside his four siblings in Bedford Stuyvesant, New York City by their father Jimmy Morgan who was a musician, and their mother Alicia (nee Warden) who was a housewife. Jimmy abandoned the family when Tracy was six years old, and Alicia worked multiple jobs to support her children. Tracy studied at DeWitt Clinton High School, and was 17 when he learned that his father had been diagnosed with AIDS; Jimmy was 38 years old when he died in January 1987.

After marrying while still attending high school, Tracy began selling crack cocaine, however, as he wasn’t very successful, he began performing comedy in the streets.

He started to attract attention in the ‘90s, with his appearances in various comedy shows, and in 2003, he appeared in the political comedy movie “Head of State”, written and directed by Chris Rock, who also starred in it.

Tracy’s also known for his appearance in the comedy series “Saturday Night Live”; he was a cast member between 1996 and 2003, and on 14 March 2009 he hosted the show, as well as on 17 October 2015. Most recently, in 2021 he portrayed Uncle Reem in the comedy film “Coming 2 America”, which stars Eddie Murphy and Arsenio Hall, and follows the African monarch Akeem, who has returned to the US after having learned that he has a son there.

Back on 20 October 2009, Tracy published his autobiography “I Am the New Black”.