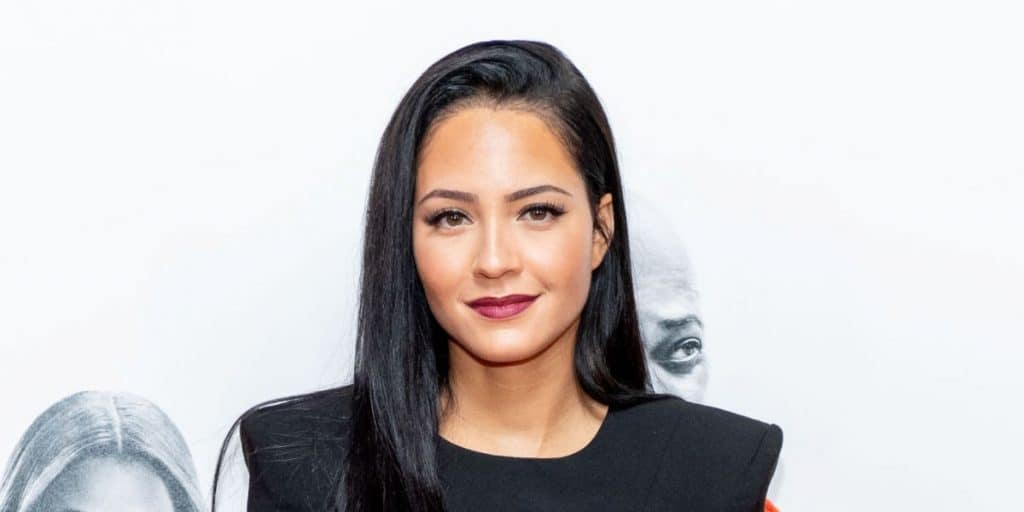 What is Tristin Mays’ ethnicity?

Tristin Mays was born in New Orleans, Louisiana USA, on 10 June 1990 – her zodiac sign is Gemini, she holds American nationality and her ethnicity is Native American. She’s an actress and a singer, who’s probably still known best for her portrayal of Riley Davis, one of the lead characters in the action adventure drama “MacGyver”, which also stars Lucas Till and Justin Hires, and follows Angus ‘Mac’ MacGyver who’s working for the US government, and is saving lives with his problem-solving skills. It’s been airing since 2016, and has won four of the seven awards it has been nominated for, including a Primetime Emmy nomination.

Tristin was raised in New Orleans alongside her older brother Jeryn, who has also become an actor, by their father Michael Mays who was in the military, and their mother Viveca who was an artist.

She became interested in acting at a very early age, and her mother supported her by driving her to auditions. In 1996, her acting career was launched with her portrayal of Angel in the drama “Harambee!”, and in 1997 aged seven, she played the supporting character Shaina in the musical family series “Gullah, Gullah Island”.

Her parents then decided that she should focus on her education, and her only role in the following years was her portrayal of Robin Dixon in three episodes between 2001 and 2004, of the action mystery series “Alias”.

Tristin matriculated in 2008, and then chose not to pursue a college degree, but to focus on acting.

In 2010, Tristin was cast to play Monica Lopez in the action adventure comedy “Zeke and Luther”, and in 2011 she portrayed the supporting character Alicia in the comedy “Fail”, which starred Andrew Bachelor, Vanessa Baden and James Bland, and follows a college freshman who starts studying with her cousin Hope’s study group. The following years saw Tristin make a guest appearance in several series, such as the drama “The Newsroom”, the action adventure drama “Supergirl”, and the comedy “King Bachelor’s Pad”. In 2015, she played Sarah Nelson in the hit fantasy horror “The Vampire Diaries”, created by Kevin Williamson and Julie Plec, and which starred Paul Wesley, Nina Dobrev and Ian Somerhalder.

It follows the lives of people living in the city Mystic Falls in Virginia, which is also home to many supernatural creatures; the series aired from 2009 to 2017, and was nominated for 102 awards; winning 36.

Her most recent role in a TV series has been her portrayal of Riley Davis in “MacGyver”.

In 2010, Tristin starred in the short comedy “Kelly Brook’s Cameltoe Shows”, and the following year saw her star in another short comedy “Hot Dog Water”.

She gained recognition in 2012, after cast to play Isabel in the family fantasy comedy “Thunderstruck”, written by Eric Champnella and Jeff Farley, directed by John Whitesell, and which starred Kevin Durant, Jim Belushi and Taylor Gray. It follows a teenager who magically takes the basketball skills of the professional player Kevin Durant, while leaving him unable to make any shots. Some of Tristin’s following roles were in the 2013 comedy “House Party: Tonight’s the Night”, the 2015 comedy “The Wedding Ringer”, and the 2015 action science fiction horror “Night of the Wild”. The year 2016 saw her play Janie in the horror thriller comedy “Happy Birthday”, and in 2019 Tristin starred as Charlotte in the short drama “Breath”.

Her most recent movie role has been her portrayal of Nora in the 2020 romantic drama “The Christmas Sitters”, which failed to attract much attention, and received mixed reviews.

In 2014, Tristin worked as an associate producer and the first assistant director on the short comedy movie “Like She Can”.

She has made a guest appearance in various talk-shows, such as “Red Carpet Report”, “Celebrity Page” and “Entertainment Tonight”.

She has won a single award: a 2019 First Glance Film Fest Hollywood Best Actress (Short) Award for her performance in “Breathe”.

We feel you Suez Canal, we've also got a ship we'd like to see move along. 🚢👀#MacRiley pic.twitter.com/1LoQjZXAco

Tristin was in a relationship with DeAndre Yedlin who’s a professional soccer player currently playing for the European soccer team Galatasaray as their right-back. The two were together for more than a year before splitting for unknown reasons, while it’s believed because of the distance.

It has been reported that Tristin’s today in a relationship with Jessie T. Usher, who’s an American actor probably known best for his portrayal of Cam Calloway in the comedy series “Survivor’s Remorse”. The two have apparently been seen together on a number of occasions, and have been together for a couple of months now.

There are rumors circulating the internet that Tristin’s a married woman, but these have been proven untrue.

As of March 2021, Tristin seems to be dating Jessie T. Usher, hasn’t married and doesn’t have children.

Tristin’s a huge dog-lover, and has a pet Miniature Pinscher called Roscoe which can be seen featured in many of her Instagram pictures.

The dog’s named after the Doberman Pinscher in the 1988 animated movie “Oliver & Company”.

She enjoys being active on Instagram because of the attention she gets. Her account is currently followed by close to 500,000 people, while she’s uploaded close to 1,000 pictures, most of which have been taken during her everyday life.

Tristin’s keen on travelling, and her acting career has taken her to various US states, as well as a couple of European countries such as France, Switzerland and Germany.

She has her own favorite actors and actresses, some of whom are Jim Carrey, the late Robin Williams and Natalie Portman, and a couple of her favorite movies include “Bruce Almighty”, “Good Morning, Vietnam” and “Leon: The Professional”.