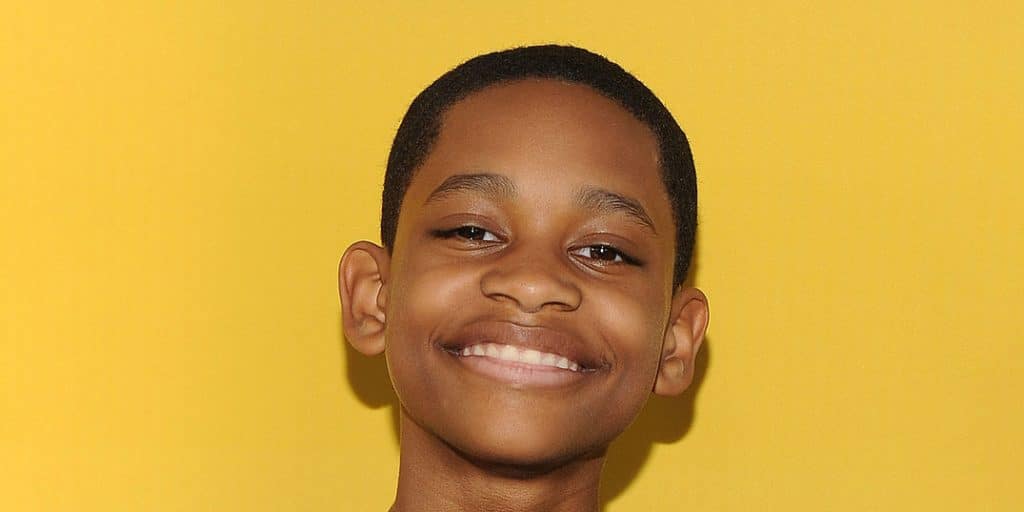 Who is Tyrel Jackson Williams?

Tyrel Jackson Williams was born in Westchester County, New York State USA, on 16 March 1997 – his zodiac sign is Pisces, and he holds American nationality. He’s an actor with 24 credits to his name, perhaps known best for his portrayal of Leo Dooley in the action comedy series “Lab Rats: Bionic Island”. It was created by Chris Peterson and Bryan Moore, starred William Brent, Spencer Boldman and Kelli Berglund, and follows a 14-year-old boy who has found out that his father’s hiding three bionic teenagers with superpowers in his basement. The series aired from 2012 to 2016, and won one of the six awards for which it was nominated.

Check out #LabRats own Tyrel Jackson Williams on #BHLNext tomorrow @ 6p EST / 3p PST! He will will discuss his shows, hobbies, and more! Put your questions in the comment box below and we might just ask him.

Tyrel was raised in Westchester County alongside his brothers Tyler James Williams and Tylen Jacob Williams, by their father Le’Roy Williams, a police sergeant, and their mother Angela Williams, who’s a singer and songwriter. Both of his brothers are actors: Tyler James is probably known best for his portrayal of the lead character Chris, in the sitcom “Everybody Hates Chris”, while Tylen Jacob’s perhaps known best for his portrayal of James Phillips, in the comedy series “Instant Mom”.

Tyrel became interested in acting when he was around six years old, as the family often watched TV movies and series together.

He was encouraged by his family to pursue an acting career, and in 2004 Tyrel made his debut film appearance in the family drama “Sesame Street: Happy Healthy Monsters”. The following year saw him play Toy Guitar Player in the musical family comedy “The Naked Brothers Band: The Movie”, and in 2006 Jeffre, in the critically acclaimed romantic comedy film “Failure to Launch”. It starred Matthew McConaughey and Sarah Jessica Parker, and follows a man who’s over 30 years old, and is still living with his parents; the movie was nominated for five awards.

Tyrel continued acting throughout his entire education. He matriculated from a local high school in 2014, and then didn’t enroll at college, but focused on his career as an actor.

Tyrel made his debut TV series appearance in 2005, with his portrayal of Baby Chris in two episodes of the sitcom “Everybody Hates Chris”; the following five years saw him make a guest appearance in an episode of various series, including the romantic comedy drama “Modern Family”, the family comedy drama “Good Luck Charlie”, and the family fantasy comedy “Pair of Kings”.

Between 2008 and 2013, Tyrel voiced Tyrone in the popular animated adventure comedy “The Backyardigans”, created by Janice Burgess, and which starred LaShawn Jefferies, Sean Curley and Jonah Bobo. It follows five friends, who are spending the majority of their time playing together in their shared backyard – the series won four of the 20 awards for which it was nominated.

In 2014, Tyrel voiced Finn the Mer-Boy, in two episodes of the animated family adventure “Jake and the Never Land Pirates”, and the following year saw him play Leo Dooley, in the episode “Lab Rats vs. Mighty Med: Part 2” of the family science fiction comedy “Mighty Med”.

Three of his most recent roles in TV series have been in the comedy “Nobodies”, the animated family comedy “Future-Worm!” (voice role), and the sports comedy drama “Brockmire”.

In 2011, Tyrel played Leo in the comedy “Billion Dollar Freshmen”, and in 2014, he made an uncredited appearance in the crime adventure comedy “Muppets Most Wanted”.

He gained recognition with his portrayal of the lead character Mikey, in the 2014 family comedy “Pants on Fire”.

Directed by Jonathan A. Rosenbaum, it also starred Joshua J. Ballard and Bradley Steven Perry, and follows a boy who has lied to become famous, while all his lies have now come true; the film won one of the two awards for which it was nominated. In 2017, Tyrel played Raffi Akka, in the comedy drama “The Bachelors”, and most recently in 2021, he played Jessie, in the action adventure comedy “Thunder Force”. It was written and directed by Ben Falcone, starred Melissa McCarthy and Octavia Spencer, and follows two friends with superpowers, as they’re protecting their city from supervillains.

Tyrel’s currently shooting for the upcoming romantic comedy drama “Hollywood Stargirl”, set to be released in 2022.

Tyrel could’ve been heard singing various songs in the 2004 episode “For the Love of Socks!” of the series “The Backyardigans”.

He has made a guest appearance in various talk-shows and game-shows, such as “Win, Lose or Draw”, “Minay TV” and “Chopped Junior”.

Tyrel has been nominated for two Kids’ Choice Blimp Awards: one in 2016 for Favorite TV Actor, and the other in 2017 for Favourite Male TV Star, both for his performance in “Lab Rats”.

Tyrel’s highly secretive when it comes to talking about his love life, and hasn’t spoken of any girls (or boys) whom he has perhaps been with. This is mostly why there are rumors circulating the internet concerning his sexual orientation, and his past and present affairs.

Some of his fans believe him to be gay, because Tyrel hasn’t been seen going out on dates with girls, and has often been seen spending time with boys.

A fan has even claimed to have seen him kissing a boy at a club in Los Angeles, but no evidence has been provided to support these claims, nor has Tyrel commented on these rumors.

There are also those who believe that Tyrel’s today in a relationship with a non-celebrity girl, but prefers to keep her away from the media’s attention; this hasn’t been confirmed either.

As of August 2021, Tyrel seems to be single, hasn’t married, and doesn’t have children.

Tyrel loves to read books in his spare time, and has apparently read over 100; he’s currently reading “She Memes Well” by Quinta Brunson.

He’s physically highly active, and has four to five training sessions at the gym every week, thus his muscular body.

Tyrel has uploaded many pictures taken during his workout sessions onto his Instagram account; he seems to be enjoying being active on the network, as he likes the attention he’s receiving from his 1.5 million followers.

Tyrel’s into travelling, and his acting career has taken him to various US states, while he’s also had an opportunity to visit several European countries, including England and France.

He has his own favorite actors and actresses, some of whom are Will Smith, Leonardo DiCaprio and Natalie Portman, and a couple of his favorite movies are “I Am Legend”, “Inception” and “V for Vendetta”.