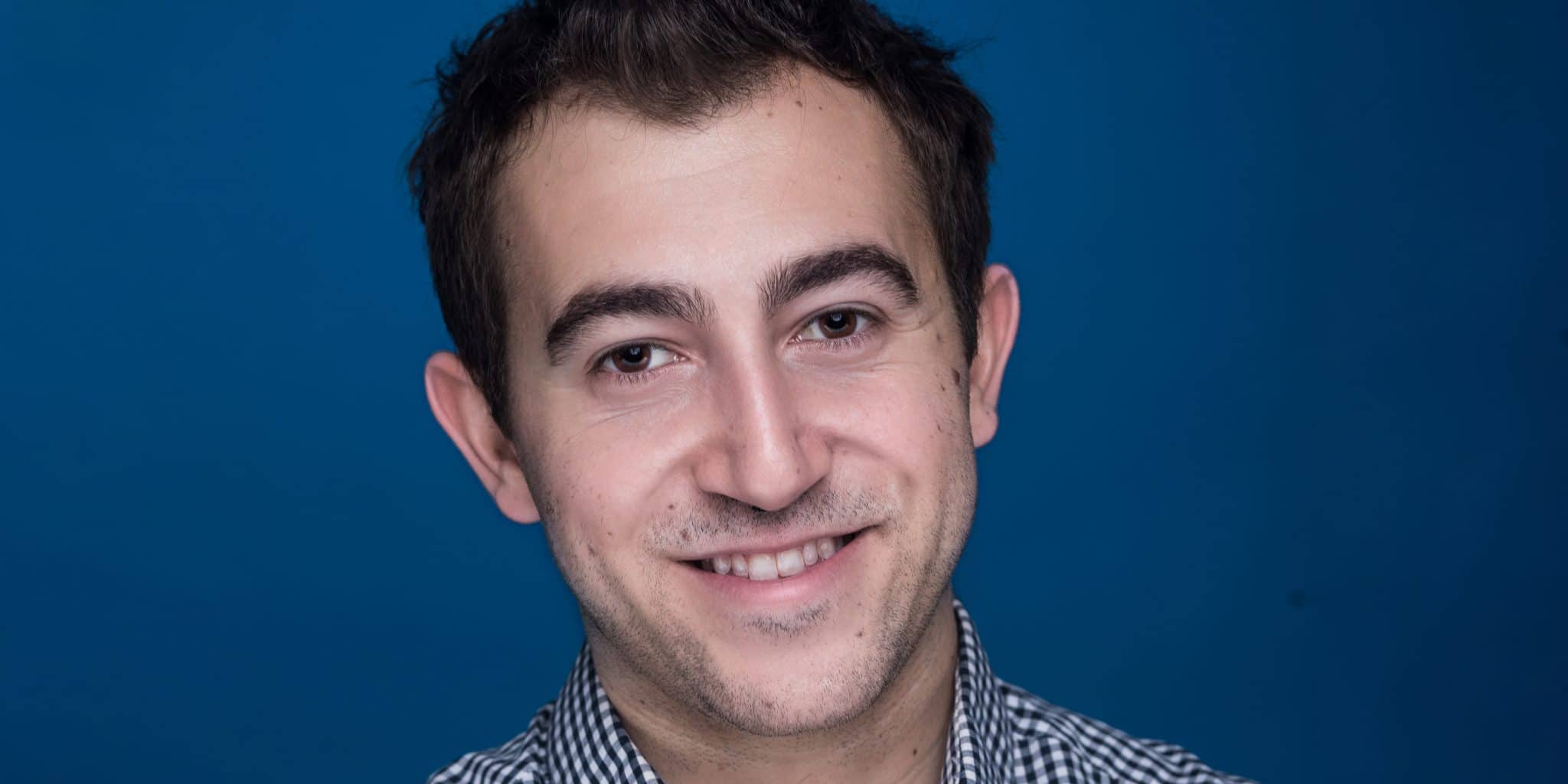 Vincent Martella from ‘The Walking Dead’: Net Worth, Girlfriend, Bio

Who is Vincent Martella?

Vincent Michael Martella was born in Rochester, New York State USA, on 15 October 1992 – his zodiac sign is Libra, he’s of Italian descent, and holds American nationality. He’s an actor and a musician, who’s perhaps known best for his voicing of the lead character Phineas Flynn, in the animated action comedy series “Phineas and Ferb”. It was created by Jeff ‘Swampy’ Marsh and Dan Povenmire, also starred Thomas Brodie-Sangster, and follows the brothers Phineas and Ferb as they’re inventing and building various things, while their pet platypus is a secret agent, and is defending the world from the evil Dr. Doofenshmirtz. The series won seven awards including three Primetime Emmys, and was nominated for 40 other awards.

Vincent was raised in Rochester alongside his younger brother Alexander, by their parents Michael and Donna Martella. His father is the owner of the chain of pizzerias Captain Tony’s.

Vincent became interested in acting at a very early age, and began practicing it upon enrolling at a local elementary school. When he was eight, the family moved to Florida, and aged 10, Vincent’s parents began taking him to auditions. He was 11 years old when he launched his acting career, with his portrayal of Robin Reveta, in the 2004 episode “The Bully” of the comedy series “Cracking Up”, while the following year saw him portray Owen, in the pilot episode of the comedy series “Stacked”.

The same year saw Vincent make his debut movie appearance, with his portrayal of Billy in the comedy “Deuce Bigalow: European Gigolo”.

Vincent continued acting during his entire education. He studied at DeLand High School, and upon matriculating in 2011, enrolled at the University of Florida, from which he graduated with a Bachelor’s degree in business in 2015.

Between 2005 and 2009, he starred as Greg Wuliger, in the critically acclaimed musical comedy “Everybody Hates Chris”. It also starred Terry Crews and Tichina Arnold, and follows the lives of an African-American teenage boy and his dysfunctional family. The series won seven of the 61 awards for which it was nominated, including three Primetime Emmy nominations.

The following years saw Vincent make a guest appearance in various series, such as the comedy “Love Bites”, another comedy “The Middle”, and the mystery crime drama “The Mentalist”. In 2013 and 2014, he played Patrick in three episodes of the hit horror thriller drama “The Walking Dead”, created by Angela Kang and Frank Darabont, and which stars Andrew Lincoln, Melissa McBride and Norman Reedus. It follows Sheriff Deputy Rick Grimes who has awoken from his coma, and has learned that the world has been overrun by zombies.

The series has been airing since 2010, and has won 80 awards, including two Primetime Emmys, while nominated for 222 other awards.

Vincent’s most recent TV series role has been his voicing of Bradley Nicholson, between 2016 and 2019, in the short animated action “Milo Murphy’s Law”. It follows the 13-year-old Milo, and Cavendish and Dakota who have come from the future.

In 2008, Vincent starred as Scott, in the short comedy “Bait Shop”, and the same year saw him play Artonius, in the critically acclaimed comedy “Role Models”. It was directed by David Wain, starred Paul Rudd and Seann William Scott, and follows two friends who have entered a Big Brother program. The movie won one of the five awards for which it was nominated.

A couple of Vincent’s following roles were in the 2010 animated crime action “Batman: Under the Hood” (voice role), the 2011 animated action adventure “Phineas and Ferb the Movie: Across the 2nd Dimension” (voice role) and the 2015 horror comedy “Clinger”. Also in 2015, he portrayed Brandon in the biographical sports drama “McFarland, USA”, directed by Niki Caro, and which starred Kevin Costner, Maria Bello and Ramiro Rodriguez. It follows Jim White who has been fired from his position of a football coach, and has now begun coaching at a new school. The movie won four of the seven awards for which it was nominated.

Three of Vincent’s most recent movie roles have been in the 2016 action crime drama “Asura”, the 2020 animated action adventure “Phineas and Ferb the Movie: Candace Against the Universe” (voice role) and the animated crime action “Batman: Death in the Family” (voice role).

In 2011, Vincent sang the song “Gitchee Gitchee Goo” in the episode “O Mokuba, Where Art Thou” of the animated comedy series “Yu-Gi-Oh! The Abridged Series”, and has sung close to 20 songs in the series “Phineas and Ferb”. Most recently, in 2020, Vincent performed “Us Against the Universe” and “We’re Back”, in the film “Phineas and Ferb the Movie: Candace Against the Universe”.

Vincent has won only a single award: in 2015, he and his colleagues won a Behind the Voice Actors People’s Choice Voice Acting Award for Best Vocal Ensemble in a TV Special/Direct-to-DVD Title or Short, for their performance in “Phineas and Ferb the Movie: Across the 2nd Dimension”.

He has been nominated for three other Behind the Voice Actors Awards, two Young Artist Awards, and a Teen Choice Award.

Vincent’s highly secretive when it comes to his love life, and hasn’t shared the details of any women (or men) whom he has perhaps been with. This is why there are various rumors circulating the internet concerning both his past and present affairs, as well as his sexual orientation.

Many people believe that Vincent was romantically linked to Alyson Rae Stoner, an American actress, singer and dancer; she’s perhaps known best for her roles in the series “The Suite Life of Zack & Cody”, “Cheaper by the Dozen” and “Camp Rock”.

The two were apparently seen spending time together many times in 2009 and 2010, however, no evidence has been provided to support the claims of them having been together, nor have Vincent or Alyson commented on the rumors.

There are also those who believe Vincent to be gay, and that this is why he hasn’t spoken of any women whom he’s dated; this hasn’t been confirmed either.

As of July 2021, Vincent seems to be single, hasn’t married and doesn’t have children.

Vincent’s a huge dog-lover, and his three pet dogs can be seen featured in some of his Instagram pictures.

Summer is his favorite season – Vincent loves to wear Hawaiian shirts, enjoys going swimming in the ocean, sun tanning at the beach, and playing beach volleyball with his friends.

He’s keen on travelling, and his acting career has taken him to various US states, as well as to a couple of European and Asian countries. Vincent’s dream travel destination is Kyoto in Japan.

He likes to read books, and his favorite writer is Stephen King.

Vincent has his own favorite actors and actresses, some of whom are Jim Carrey, Will Smith and Kate Winslet, and a couple of his favorite movies are “Ace Ventura: Pet Detective”, “I, Robot” and “The Eternal Sunshine of the Spotless Mind”.