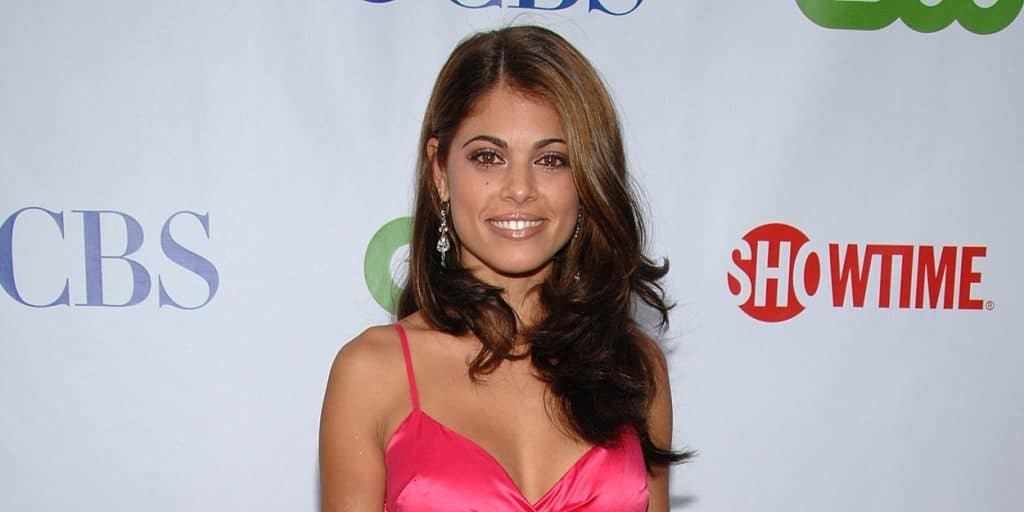 What happened to Lindsay Hartley? Where is she today? Wiki

Who is Lindsay Hartley?

Lindsay Hartley is a veteran actress, with innumerable appearances as an actor, singer, Broadway artist, Theatre professional, and novice director. She is probably best known for her roles in long-running soap operas “All My Children”, “Days of Our Lives”, and “Passions”.

Lindsay Nicole Korman was born on 17 April 1978, in Palm Springs, California, USA. She holds American citizenship but is of Greek, Italian, and French descent. She has a Russian-Jewish upbringing, as her mother, Wendy Korman, is of Greek, Italian and Ashkenazi ancestry from her maternal grandmother, while her father, Greg Korman, is Ashkenazi Jewish with roots from Poland, Russia and Hungary.

Their family supported her budding career by moving to Las Vegas, Nevada when she was 16 years old.

There, she matriculated a year early from Carl Sandburg High School and then attended the University of Las Vegas, a public research university located in Paradise, Clark Country, Nevada.

Lindsay was not a newbie to the screen before she graced TV and Broadway, among others, as she began by starring in commercials for their family business. Her parents owned and managed a shop named “Little Baja”, specializing in imported Mexican textiles. In 2006, She featured in several print ads, including for a Clorox Tilex Mold and Mildew Tile Cleaner.

Having grace and beauty, she joined and won several beauty pageants in her pre-teen years. The culmination of her beauty queen stunt was when she obtained the national title of “Young Miss America.”

Before she was known as an actress, Lindsay had been singing since age eleven. Having moved to Las Vegas, she debuted as the lead vocalist in “Viva Las Vegas”, an afternoon show in The Sands Hotel. In theatre, she was the lead character “Maria” in Civic Light Opera’s West Side Story, performed in Austin, Texas. She also played the beloved and famous character, “Dorothy” in “The Wizard of Oz” at the Mc Callum theatre in Palm Desert, California.

Even later in her soap opera career, she exhibited her talent in singing when she co-wrote the song “Kiss Me” and performed this in “Days of Our Lives” in which she also starred. Lindsay won a handful of national vocal competitions, such as “America’s Showcase Talent”, “The Los Angeles Philharmonic’s Award-Vocal/Opera”, and “The National Date Festival”.

While Lindsay’s singing career was promising, it was in the soap opera field where she would have her big break, and launch a series of successful TV series and movie roles. In 1999, she was cast to play the character Theresa Lopez-Fitzgerald Crane Winthrop in the fantasy and comedy TV series “Passions”, after reading for the part three times. Here, she would meet her co-star and future (now ex-) husband, Justin Hartley. She was in the show from 5 July 1999 to 7 August 2008.

A year later, she was cast as Arianna Hernandez in NBC’s famous “Days of Our Lives”, on 28 August 2009, and written off from the show on 8 November 2010. She also joined the cast of “All My Children”, appearingd on screen as the admired character Cara Castillo.  In 2013, Prospect Park revived the show, and she was recast in the same role.

Outside her three major soap operas, Lindsay also appeared in the tenth season of “Smallville” as the DC character Mad Harriet in the episode entitled “Abandoned”. She also played the lead role in the Hallmark movie “On Paper”. On Lifetime Channel, she starred in various films such “Nightmare Nurse” (2016), “The Wrong Nanny” (2017), “Evil Doctor” (2018), and “My Mother’s Split Personalities” (2019).

From Actor to Director-Producer

After having been subjected to different roles, Lindsay achieved another milestone and challenged herself in new waters.

She is now on the back screen as a director, after being in front of the camera for years.

Lindsay shares that her transition from acting to writing came as a surprise, especially to her. She recalls how she had never thought of becoming a writer, but this change seemed like a natural occurrence after learning how to develop and morph oneself into a character.

Her debut creation was in the Lifetime movie “Deadly Exchange”, in which she also starred with her then-boyfriend, Jason-Shane Scott. She and Scott co-directed and produced movies and series together, which she recounts as a formative experience for her and their relationship. One of their projects is the movie “Deadly Daughter Switch” (2020).

In a Soap Central interview, Lindsay admitted that she’s a workaholic who takes her craft seriously, saying “Yeah! I like working. I’m a workaholic, and I like putting my energy into things.”.

The handsome actor Justin Hartley played the character “Fox Crane” in the TV series “Passion” back in 1999, when they met; the two took their romance off-screen and dated for six months before announcing their engagement on 13 November, and then tying the knot on 1 May 2004, in a small ceremony.

On 3 July 2004 they had a daughter, and the two were together for eight years before they called it over in 2012, Lindsay filing for divorce in the Los Angeles Superior Court citing “irreconcilable differences”; they agreed on joint physical and legal custody of their daughter.

Lindsay shares an amicable co-parenting relationship with Justin and even defended him on an Instagram post amid Justine’s divorce issues with second wife, Chrishell Stause, proudly sharing how Justin had been a “dear friend and a devoted father”.

A year following Lindsay and Justine’s divorce in 2012, Justin dated soap opera star Chrishell Stause, who was also in “Days of Our Lives”; in a twist of fate, the two met through Lindsay. They eventually married in 2017 with Chrishell sharing in “Selling Sunset” that she knew from their first meeting that Justin was to be her husband.

However, this would all come to an end when Justin filed for divorce in 2019, citing “irreconcilable differences”.

Their split became the topic of controversy when Chrishell exclaimed in “Selling Sunset” that she was “blindsided by the divorce”, and that it took her completely by surprise after having no precursor knowledge about the forthcoming separation.

Justin has not issued any comment on the issue, and is currently dating another soap opera star, Sofia Pernas.

Lindsay is a natural and gifted vocalist. At seventeen, she was the youngest singer to ever headline in Las Vegas, in the show “Viva Las Vegas”.  She is a multi-talented artist who is continuously developing her proven talent in the performing arts. Growing up, she looked up to actresses Judy Garland and Natalie Wood. She’s shared that she would be a math teacher if her acting career hadn’t taken-off.

Lindsay is big on her health, as she makes it a point to lead an active lifestyle.

She’s maintained her slender and toned physique by working out in a regular lifestyle, and doing a quick run every now and then to sweat out. The actor is known for her hour-glass figure, with vital statistics of 37-24-35. She weighs 120lbs (55kgs). She has light brown eyes that match her long dark brown hair.

Lindsay has a following on her social media accounts with 63,000 on Instagram, 31,000 on Twitter, and 6,000 likes on her Facebook page. Her Twitter bio reads as “Super Proud Mother to Isabella Hartley. May act, write, and now directs”. Her official website is https://lindsayhartleyonline.com/.

Lindsay’s net worth is estimated to be over $2 million. Her source of income mainly comes from her various projects as an actor and singer, and varies according to yearly commitments.