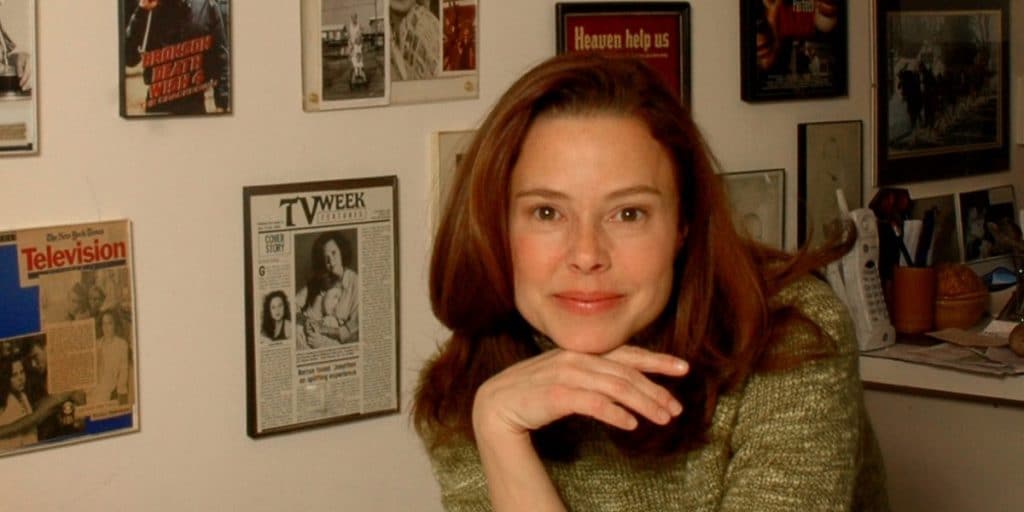 Where is Dana Barron now? Net Worth, Measurements, Wiki

Who is Dana Barron?

Dana Barron was born in New York City, USA, on 22 April 1966 – her zodiac sign is Taurus, and she holds American nationality. She’s an actress with more than 40 credits to her name, while she’s perhaps still known best for her portrayal of Audrey Griswold in the hit 1983 adventure comedy movie “National Lampoon’s Vacation”. It was written by John Hughes, directed by Harold Ramis, and starred Chevy Chase, Beverly D’Angelo and Imogene Coca. The movie follows the Griswold family as they’re travelling across the state to the theme park Walley World.

Dana was raised in New York City alongside her sister Allison, by their father Robert Weeks Barron, and their mother Joyce McCord; Joyce was a stage actress, while Robert was the founder of The Weist-Barron School of Television, and was once a Congregationalist church pastor, and a director of commercials.

Dana’s sister Allison began appearing in TV commercials when she was around six years old, and Dana told her parents that she wanted to do the same. She was 10 when she appeared in her first commercial, and 11 when she debuted in a Broadway play.

Dana launched her screen acting career in 1980 aged 14, with her portrayal of Diana in the horror thriller movie “He Knows You’re Alone”, which also marked Tom Hanks’ debut film appearance. She won her following two roles in 1983, appearing in the movies “National Lampoon’s Vacation” and “The Brass Ring”.

Dana attended a local high school, and upon matriculating in 1984, she didn’t enroll at college, but focused on acting.

Dana made her debut TV series appearance in that year, with her portrayal of Michelle Boudin in two episodes of the soap opera “One Life to Live”, and the following years saw her appear in an episode or two of various other series, such as the action crime drama “The Equalizer”, the adventure comedy drama “CBS: Schoolbreak Special”, and the mystery crime drama “In the Heat of the Night”.

Between 1987 and 1989, she starred as Eleanor in the action adventure drama “Crossbow”, created by Anthony Horowitz and Friedrich Schiller, and which also starred Will Lyman and Jeremy Clyde. Set in 14th century Switzerland, the series follows Matthew and his father William Tell, who have been imprisoned by Gessler. In 1992, Dana appeared in nine episodes of the popular romantic drama “Beverly Hills, 90210”, and the remainder of the ‘90s saw her make a guest appearance in a number of series, such as the drama “Rebel Highway”, the drama “The Watcher”, and the mystery crime drama “Murder, She Wrote”.

Between 1998 and 2000, she played the supporting character Casey Wells, in the action western “The Magnificent Seven”, which won two awards, including a Primetime Emmy, while it was nominated for three other awards.

The following two decades saw Dana appear in only a couple of TV series, as she was focused on winning roles in movies – three of her most recent appearances have been in the action thriller mini-series “Pandemic” in 2007, the 2012 episode “The Corkscrew Job” of the mystery crime thriller “Leverage”, and the 2019 episode “Vacation” of the hit comedy “The Goldbergs”.

The ‘80s saw Dana appear in a couple of popular movies, such as the 1985 romantic comedy drama “Heaven Help Us”, the 1987 action crime drama “Death Wish 4: The Crackdown”, and the 1988 romantic musical comedy “Heartbreak Hotel”. She only gained recognition in 1997, with her portrayal of Gena in the crime thriller drama “City of Industry”, directed by John Irvin, and which starred Harvey Keitel, Stephen Dorff and Timothy Hutton. It follows a thief whose mind is set on avenging the murders of his brother and girlfriend.

The new generation of Griswolds is on road to Walley World this summer… http://t.co/KCQOQlR8Hc

Dana started off the 2000s with roles in the action horror comedy “Python”, the romantic comedy drama “Dumped”, and the western thriller “Stageghost”. Perhaps her most notable performance in this decade was her portrayal of Tiny in the 2006 sports comedy “Pucked”, directed by Arthur Hiller, and which starred Jon Bon Jovi and Estella Warren; it follows a lawyer who has financed a women’s ice hockey league.

In 2010, we saw Dana appear in the critically acclaimed romantic comedy drama “Happythankyoumoreplease”, and in the 2010 horror thriller “The Invited”, plus the  fantasy comedy drama “Naughty or Nice”, and the  short comedy drama “Mayfly” both in 2012

Her most recent movie role has been her portrayal of Doria in the 2013 romantic family comedy “Snow Bride”.

She has been featured in two documentaries: the 2003 short video “The Family Truckster”, and the 2011 movie “Inside Story: National Lampoon’s Vacation”.

In 1989, Dana won a Daytime Emmy Award for Outstanding Performer in a Children’s Special, for “CBS Schoolbreak Special”.

In 1993, she was nominated for two Young Artist Awards, winning one for Best Young Actress Recurring in a Television Series, for her performance in “Beverly Hills, 90210”.

Dana has dated five men whom the public knows about. Back in 2003, she was in a relationship with Michael Vickerman, an American screenwriter, and gave birth to their son Taylor; she and Michael remained together for several years before splitting for unknown reasons.

Dana loves comedy, and has watched numerous stand-up comedians perform, with her favorite being the late Robin Williams.

She’s a fan of tattoos, and while she enjoys seeing other people inked, she wouldn’t get one herself.

Dana’s passionate about travelling, and her acting career has taken her to many US states, as well as to a couple of South American and European countries; her dream travel destination is still Los Angeles in California.

She was physically quite active during her 20s and 30s, as she played various sports with her friends and also went to the gym, however, apparently Dana no longer works out.

She has her own favorite actors and actresses, including Tom Hanks, Tom Cruise and Natalie Portman, while a couple of her favorite movies are “Sleepless in Seattle”, “Saving Private Ryan” and “The Last Samurai”.