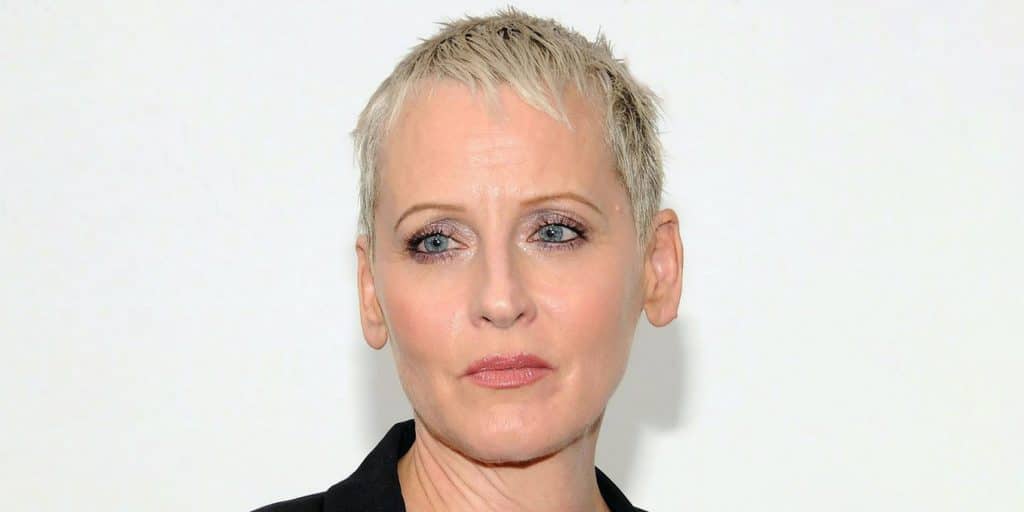 What happened to Lori Petty? What is she doing today? Wiki

Who is Lori Petty?

Lori Petty was born in Chattanooga, Tennessee USA, on 14 October 1963 – her zodiac sign is Libra, and she holds American nationality. She’s an actress, film writer and director, who has been credited with appearing in over 70 movies and TV series, while she’s perhaps still known best for her title role of Tank Girl in the eponymous 1995 action science fiction comedy movie. It was directed by Rachel Talalay, starred Lori, Ice-T and Naomi Watts, and follows a girl who’s riding her war tank around a dystopian Earth.

Lori’s today still quite active in the film industry, and is currently shooting for a couple of movies and TV series.

Lori was raised alongside her two siblings in Chattanooga, by their father who was a Pentecostal minister, and their mother who was a housewife; not a lot is known about Lori’s parents, as she respects their privacy.

She became interested in acting while attending North High School in Sioux City, Iowa, after she was encouraged by her drama teacher to appear in a school play. Lori was also into various sports during her four years at North, and played soccer and volleyball competitively. Upon matriculating in 1981, she didn’t attended college, but moved to Omaha in Nebraska, and spent four years working as a graphic designer.

She made her debut TV series appearance in a 1985 episode of the romantic mystery drama “All My Children”, and in the remainder of the ‘80s, she appeared in an episode or two of various series, such as the action crime drama “The Equalizer”, the fantasy horror drama “The Twilight Zone”, and the mystery crime drama “Stingray”.

She gained recognition in 1988, when she co-starred as Cricket in the comedy “The Thorns”, created by Tom King and Mille Taggart, and which also starred Adam Biesk and Kelly Bishop. It follows the lives of Sloan Thorn, his wife Ginger, and their children Edmund, Joey and Chad.

Lori played a couple of lead roles in the ‘90s, in series such as the mystery crime drama “Booker”, the comedy “Lush Life”, and the fantasy crime drama “Brimstone”.

In 2000, she made a guest appearance as Lisette in the episode “Double” of the fantasy horror drama “The Hunger”, while she was then invited to make a guest appearance in various other series, including the drama “The Beast”, the comedy “The Parkers”, and the romantic drama “ER”. In 2009, she portrayed Daddy, in the critically acclaimed action crime drama “Prison Break”, created by Paul T. Scheuring, and which starred Dominic Purcell and Wentworth Miller. The series follows a man who’s trying to rescue his brother who has been sent to death row even though he’s innocent; it won eight of the 41 awards for which it was nominated, including a Primetime Emmy nomination.

Some of Lori’s most notable performances in the 2010s were in the action crime drama “Hawaii Five-0”, the crime comedy “Swedish Dicks”, and the short animated adventure “Robot Chicken” (voice role).

Her most recent TV series role has been her portrayal of Lolly Whitehill, in the popular crime comedy drama “Orange Is the New Black” between 2014 and 2019; it was created by Jenji Kohan, starred Taylor Schilling and Danielle Brooks, and follows Piper Chapman, who has been sent to prison for a crime she had committed 10 years earlier. The series won 57 awards, including four Primetime Emmys, while it was nominated for 149 other awards.

She made her debut film appearance in 1987, with her portrayal of Willie, in the horror comedy drama “Bates Motel”, while she gained recognition in 1991, when cast to play Tyler in the action crime thriller “Point Break”.

It was directed by Kathryn Bigelow, starred Patrick Swayze and Keanu Reeves, and follows an FBI agent who’s trying to infiltrate a group of surfers, who are suspected bank robbers. The movie won one of the three awards for which it was nominated.

The ‘90s saw Lori appear in various other critically acclaimed movies, such as the sports comedy drama “A League of Their Own” alongside Tom Hanks, the  family adventure drama “Free Willy”, in which she also starred, both in 1992, and the 1998 comedy “Relax… It’s Just Sex”.

In 2007, Lori played Erin, the main character in the drama “Broken Arrows”, written and directed by Reid Gershbein, and which also starred Peter Quartaroli and Mackenzie Firgens. It follows Reese, who became a hitman after his wife’s death.

A couple of Lori’s most notable performances in the 2010s were in the family sports drama “Chasing 3000”, the mystery horror drama “Dead Awake”, and the comedy drama “Fear, Love, and Agoraphobia”.

Her most recent movie role has been her portrayal of Wanda Pearson in the 2020 horror “A Deadly Legend”; Lori’s currently shooting for the upcoming horror “You’re All Gonna Die”.

In 2002, she voiced Livewire, in the video game “Superman: Shadow of Apokolips”.

Lori has three writing, two directing, and a single producing credit. In 1996, she wrote two and produced seven episodes of the series “Lush Life”, and she then wrote and directed both the 2001 movie “Horrible Accident”, and the 2008 drama film “The Poker House”.

She received special thanks for the 2013 short documentary film “Baseball, Tanks and Bad Tattoos: An Interview with Lori Petty”.

She has made a guest appearance in a number of talk-shows, including “The Jon Stewart Show”, “The Big Breakfast”, and “Click on This”.

Lori has won three of the five awards for which she’s been nominated. In 2016 and 2017, she and her colleagues won a Screen Actors Guild Award for Outstanding Performance by an Ensemble in a Comedy Series, for “Orange Is the New Black”, and she also won a 2017 Hollywood Reel Independent Film Festival Award for Best Supporting Actress, for her performance in “Fear, Love, and Agoraphobia”.

She was also nominated for a 2004 Prism Award, and a 2008 Los Angeles Film Festival Filmmaker Award.

Lori’s highly secretive when it comes to her love life, and there’s only one man whom she’s dated, that the public knows about.

Back in 1994, Lori was in a relationship with David Alan Grier, an American actor and comedian, who’s perhaps still known best for his portrayal of Bernard in the 1998 sitcom “Damon”. The two met on a movie set, and began dating only a couple of days after meeting. Lori and David attended various events together, and were occasionally seen eating at expensive restaurants, and visiting exotic locations. The relationship lasted for several years before the two broke up for unknown reasons.

There are some rumors circulating the internet, claiming that Lori’s bisexual, while this seems to be mostly because of her hair, and her style; these rumors haven’t been confirmed.

As of August 2021, Lori appears to be single, hasn’t married, and doesn’t have children.

Lori’s favorite season is summer, as she enjoys sun tanning at the beach, swimming in the ocean, and going yachting.

She’s an animal lover, and has had various pets, including dogs, cats and parrots. Lori has also both volunteered at and donated money to animal shelters.

She loves flowers, with red roses being her favorites.

Lori’s passionate about travelling, and her acting career has taken her all around the US, as well as to various European countries; her dream travel destination is Athens in Greece.

She has her own favorite actors and actresses, some of whom are Al Pacino, Tom Hanks and Meryl Streep, while a couple of her favorite movies are “Scent of a Woman”, “Sleepless in Seattle” and “The Bridges of Madison County”.