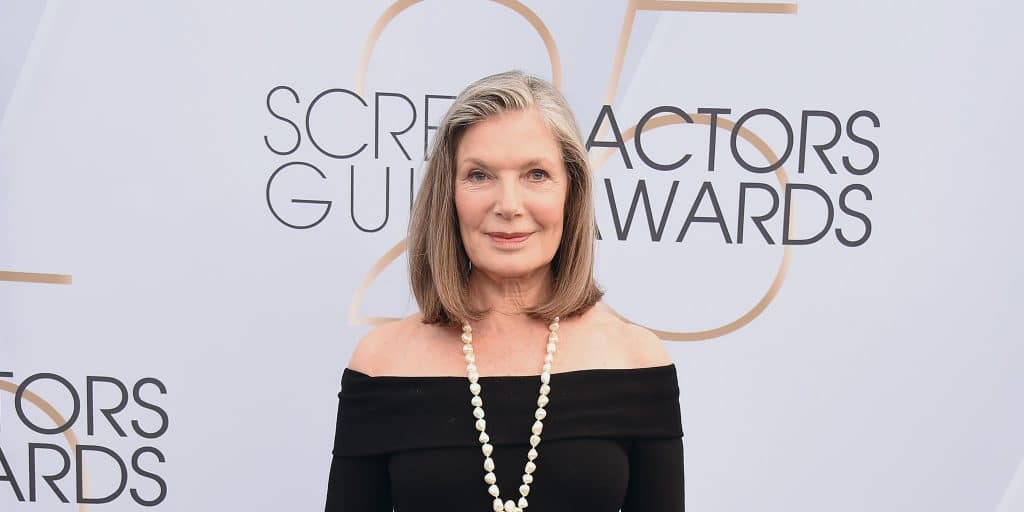 Who is Susan Sullivan?

Susan Michaela Sullivan was born on 18 November 1942 under the zodiac sign of Scorpio in New York City USA. She holds American nationality and belongs to White Caucasian ethnic group. She is a 78-year-old actress, probably best recognized for landing the role of Maggie Gioberti Channing in the CBS primetime soap opera “Falcon Crest” (1981-1989), playing Kitty Montgomery in the ABC sitcom “Dharma & Greg” (1997-2002), and featuring as Martha Rodgers in the ABC crime-comedy-drama series “Castle” (2009-2016).

How rich is she, as of now? Susan Sullivan Net Worth

As of early 2021, Susan Sullivan’s net worth is over $5 million, acquired through her successful involvement in the world of acting, garnering 75 acting credits since she started her career back in the mid-1960s.

There she was raised with her brother Brendan and sister Brigid Sullivan, by their father Brendan Sullivan who was an advertising executive, and their mother Helen Sullivan. Brigid is known for being a producer. Regarding her education, Susan went to Freeport High School. Upon matriculation in 1960, she enrolled in Hofstra University, and graduated with a Bachelor’s of Arts degree in Drama in 1964.

Susan Sullivan started her acting career on stage in the 1960s, initially performing at the National Repertory Theater in Washington D.C., and then landed a role in the Broadway play “Jimmy Shine”, alongside Dustin Hoffman. She made her debut film appearance as Augusta in the 1964 adventure drama film “Revolt Of The Barbarians”, directed by Guido Malatesta.

Three years later, she guest-starred as a ghost in an episode of the ABC gothic soap opera “Dark Shadows”, which went uncredited, and played Perdita in the made-for-TV drama film “The Winter’s Tale”. It was followed in 1968 by her portrayal of third witch in another made-for-TV drama film, entitled “Macbeth”, and she then guest-starred as April Morrison in an episode of the ABC daytime soap opera “The Best Of Everything” (1970). Between 1970 and 1971, she was cast as Nancy Condon in the ABC daytime drama series “A World Apart”.

In the early 1970s, Susan was chosen to portray Lenore Moore Curtin Delaney in the NBC daytime soap opera “Another World”, which aired from 1971 to 1975. Concurrently, she played Nancy in the made-for-TV comedy sci-fi film “Between Time And Timbuktu” (1972), and then guest-starred in such roles as Joanna Courtney in an episode of the CBS medical drama series “Medical Center” (1975), and Sharon Andress in an episode of the ABC police drama series “Bert D’Angelo/Superstar” (1976).

Never one to relax, during the same year Susan starred in the role of Dr. Julie Farr in the made-for-TV medical drama film “Having Babies II”, which she would later reprise in its 1978 sequel “Having Babies III”.

She also reprised the role in the ABC series “Julie Farr, M.D.” (1978-1979), which earned her a Primetime Emmy Award nomination for Outstanding Lead Actress in a Drama Series. She also featured in 1978 as Linda Greg in the made-for-TV comedy-drama film “The Comedy Company”, played Dr. Carol Thompson in the thriller horror film “Killer’s Delight”, and portrayed ‘Poker’ Alice Ivers in the made-for-TV western film “The New Maverick”.

In 1981, Susan joined the main cast of the CBS primetime soap opera “Falcon Crest”, featuring as Maggie Gioberti Channing in more than 200 episodes until 1989. Her performance earned her three Soap Opera Digest Award nominations for Outstanding Actress in a Leading Role: Prime Time during that time. Concurrently, Susan guest-starred as Dorothy Nicholson in an episode of the ABC drama series “Fantasy Island” (1981), played Sen. Kate Lassiter in the made-for-TV action disaster film “Cave In!” (1983), and portrayed Mary Beth Warner in the made-for-TV drama film “Rage Of Angels: The Story Continues” (1986). She then guest-starred as Laura Stratford in an episode of the CBS sitcom “Doctor Doctor” in 1990.

It was followed by her portrayal of Kaye in the 1994 made-for-TV romantic drama film “A Perfect Stranger”, and then through 1995 was cast as Kathleen Rachowski in the Fox sitcom “The George Carlin Show”. She took the role of Kathryn Monroe in the ABC primetime soap opera “The Monroes” (1995), and starred as Tino’s mother in the short film “A Memory For Tino” (1996).

In 1997, Susan landed the supporting role of Isabelle Wallace in the romantic comedy film “My Best Friend’s Wedding”, next to Julia Roberts and Cameron Diaz, and played Patricia Clarkson in the made-for-TV adventure drama thriller film “Two Came Back”. Later that year, Susan was selected to portray Kitty Montgomery in the ABC sitcom “Dharma & Greg”, which aired until 2002. Her work on the series earned her a Golden Globe Award nomination for Best Supporting Actress – Series, Miniseries or Television Film.

In 2001, Susan starred in the role of Anabel Norton in the film “Puzzled”, after which she provided the voice of Queen Hippolyta in the Cartoon Network animated superhero series “Justice League” (2001-2002), which she would later reprise in its sequel, entitled “Justice League Unlimited” in 2005. She also guest-starred in such roles as Mary Kate Hourihan in an episode of the Showtime comedy-drama series “Dead Like Me”, Rosalyn in an episode of the ABC sitcom “I’m With Her”, and appeared in the made-for-TV comedy film “The Lunchbox Chronicles”, all in 2003.

In the following year, Susan portrayed Annette Newmark in the ABC sitcom “The Drew Carey Show”, and starred in the made-for-TV comedy film “The Amazing Westermans”. In 2005, she made a guest-starring appearance as Patricia Millhouse in two episodes of the CBS legal drama series “Judging Amy”, after which she played Dr. Nancy Lombard in the ABC sitcom “Hope & Faith” (2005-2006).

In 2009, Susan Sullivan joined the cast of the crime comedy-drama series “Castle”, created by Andrew W. Marlowe, starring in the role of Martha Rodgers until the series ended in 2016. She then guest-starred as Victoria Murray in two episode of the ABC sitcom “The Real O’Neals” (2016-2017), after which she lent her voice to Fred’s Mom and Major Blast in Disney’s superhero animated comedy series “Big Hero 6: The Series” (2017-2020). In 2018, Susan landed the role of Patsy Howard in the mystery sci-fi thriller film “The Amaranth”, which was followed by her portrayals of Eileen in the Netflix comedy-drama series “The Kominsky Method” (2018-2019) and Bonnie in the ABC/Fox sitcom “Last Man Standing” (2018-2020).

May your life be blessed with love. #Valentines Day pic.twitter.com/wbJ2bIh4FO

It’s been announced that she will be featured as S in the upcoming crime drama mystery film “Marzipan”.

Susan Sullivan was romantically involved with the late Hollywood star Cary Grant back in the mid-1960s, but little is known about their romance. She then started dating noted psychologist and author Connell Cowan in 1989, and the couple tied the knot two years later. They have no children, but Susan and Connell are still going strong, dividing their time between their homes on the East and West coasts.