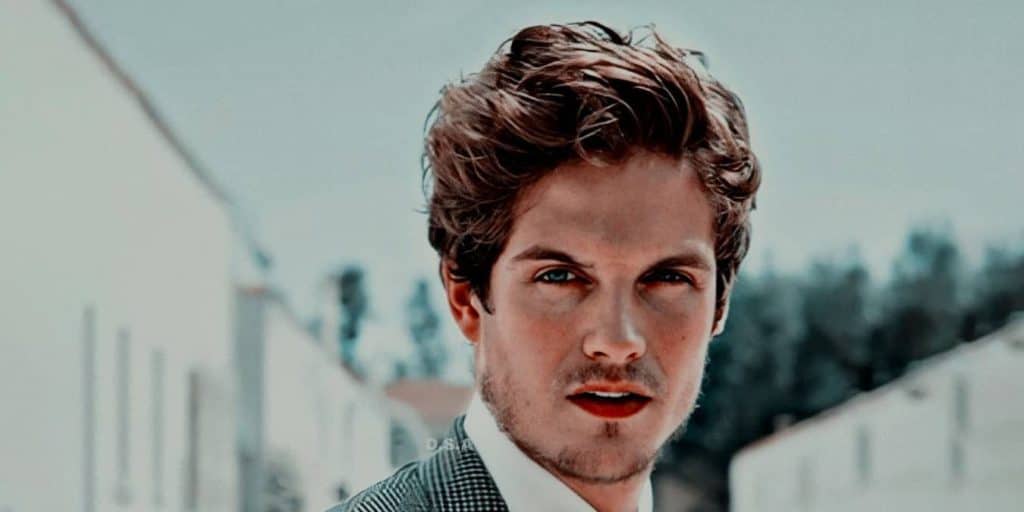 Who is Daniel Sharman?

Daniel Andrew Sharman was born on 25 April 1986 under the zodiac sign of Taurus, in Hackney, London, England. He is a 34-year-old actor and producer, probably best recognized for landing the role of Isaac Lahey in the MTV supernatural teen drama series “Teen Wolf” (2012-2014), playing Kaleb Westphall / Kol Mikaelson in The CW’s fantasy supernatural drama series “The Originals” (2014-2015), and featuring as Lorenzo de’ Medici in the Netflix historical drama series “Medici” (2018-2019).

How rich is he, as of now? Daniel Sharman Net Worth

As of early 2021, Daniel Sharman’s net worth is estimated at over $2 million, earned through his successful career as a professional actor and producer, who has garnered over 20 television and film acting credits since he launched his career back in 2003.

Daniel Sharman spent his early years in Hackney, where he was raised by his father, Nickolas Sharman, and his mother Julie Sharman; however, there is no information about their professions; he has a younger brother named Hugh. Daniel holds British nationality and belongs to White Caucasian ethnic group.

Regarding his education, Daniel went to Mill Hill School in London. He also attended the Arts Educational School in London, and upon matriculation, he studied at the London Academy of Music and Dramatic Art, from which he graduated with honors with a Bachelor of Arts degree in Acting in 2007.

Daniel Sharman developed his love for acting very early, and started at the age of nine when he joined the Royal Shakespeare Company, performing in their productions of “The Park” (1995) and “Macbeth” (1996).

During his school years, he performed in the play “Kvetch” at the Edinburgh Festival Fringe, and toured with the play “The Winslow Boy” in 2002. Following his graduation from the London Academy of Music and Dramatic Art, he played in various theater productions in London and around the rest of Europe.

In 2003, Daniel made his debut television appearance as Andy Dobbs in the episode “Judicial Review” of the BBC legal drama series “Judge John Deed”. His next role came in 2007, when he landed the role of Alex Dewhurst in the Scottish romantic drama film “Starting Over”.

He then made a guest appearance as Richard Scott in the episode “The Quality Of Mercy” of the ITV detective drama series “Inspector Lewis” in 2009.

In 2011, Daniel Sharman played Ulric in the short comedy film “The Sexy Dark Ages”, and guest-starred as Zane in two episodes of the ABC family supernatural drama series “The Nine Lives Of Chloe King”. Later that year, he made his feature film debut in the role of Harry in the thriller “The Last Days Of Edgar Harding”, and landed the role of Ares in the fantasy action film “Immortals”, next to Mickey Rourke and Henry Cavill.

Go to Netflix and you can start a whole new story:

Live the final years of the Italian Renaissance and Lorenzo Medici pic.twitter.com/YufC6ddVGF

In 2012, Daniel landed the role of Basil in Marcus Dunstan’s horror film “The Collection”, a sequel to the 2009 film “The Collector”. Thereafter, he came to prominence for starring in the recurring role of werewolf Isaac Lahey in the MTV supernatural teen drama series “Teen Wolf” (2012-2014), created by Jeff Davis and based on the 1985 film of the same title.

Daniel Sharman’s next major role came when he was cast as Kaleb Westphall / Kol Mikaelson in The CW’s fantasy supernatural drama series “The Originals” from 2014 to 2015.

He then performed in the Williamstown Theatre Festival production of “Off The Main Road”, next to Kyra Sedgwick, played Matt Collier in the short drama thriller film “Drone”, and co-produced and portrayed Jeffrey in the short comedy film “The Juilliard Of Broken Dreams”, all in 2015. Later that year, he was chosen to play the lead role of Joe in the CBS medical drama series “LFE”, but it wasn’t picked-up by the networks.

In 2016, Daniel co-produced, and played Jason in the short horror drama film “Soon You Will Be Gone And Possibly Eaten”, and featured as Lír in the action-adventure comedy film “Albion: The Enchanted Stallion”.

During the same year, he also made an appearance in the music video for the song “Where’s The Love”, released by The Black Eyed Peas featuring The World.

In 2017, Daniel Sharman produced the short animated comedy film “Simularity”, and then guest-starred as Lord Edward in two episodes of the PBS period medical drama series “Mercy Street”. During the same year, he was chosen to portray the main role of Troy Otto in the third season of the AMC post-apocalyptic horror drama series “Fear The Walking Dead”.

Daniel’s next significant role came when he joined the main cast of the Italian historical drama series “Medici”, starring in the lead role of Lorenzo de’ Medici from 2018 to 2019, the series broadcast on Netflix.

Most recently, he portrayed The Weeping Monk / Lancelot in the Netflix fantasy drama series “Cursed” (2020). It’s announced that he will play Michael in the upcoming crime film “Good Morning It’s The Cops”.

Daniel Sharman has worked on other projects – he narrated the audiobook version of the young adult fantasy novel “Clockwork Princess” written by Cassandra Clare, which is the third and final installment of the book trilogy “The Infernal Devices”.

Daniel Sharman was romantically involved with his “Teen Wolf” co-star Crystal Reed from 2011 to 2013. Thereafter, he was rumored to be in a relationship with famous supermodel Gigi Hadid between 2014 and 2015. He then went on to date British fashion model and television presenter Asha Leo from January to July 2015, but he hasn’t been linked to any women since then.

He is an avid fan of the English soccer team Arsenal.