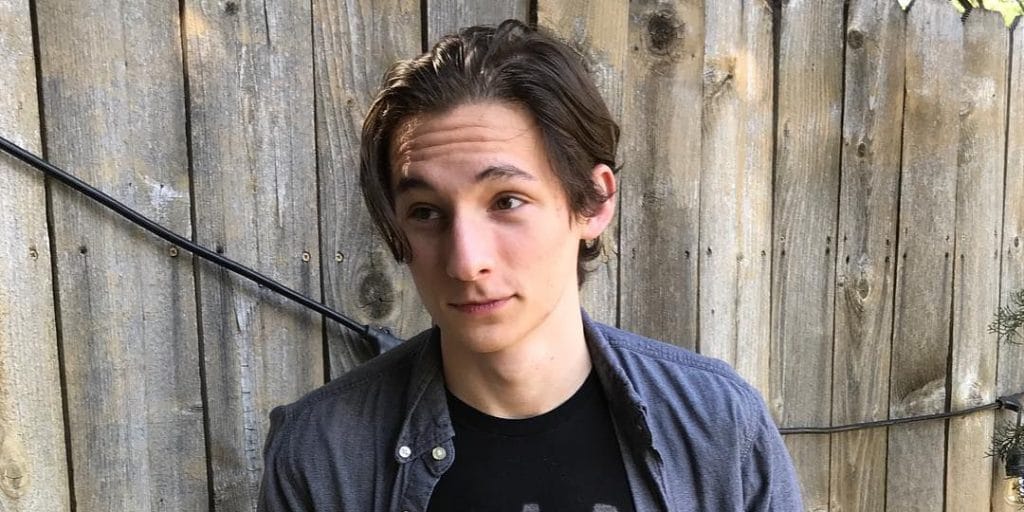 Who is Jared S. Gilmore?

Jared Scott Gilmore was born on 30 May 2000 under the zodiac sign of Gemini, in San Diego, California USA. He is a 20-year-old actor, probably best recognized for landing the role of Bobby Draper in the AMC period drama series “Mad Men” (2009-2010), and featuring as Henry Mills in the ABC fantasy adventure drama series “Once Upon A Time” (2011-2018). He is also known as a Twitch streamer.

A post shared by Fanpage Of Jared S. Gilmore (@jared.gilmore_x)

How rich is he, as of now? Jared S. Gilmore Net Worth

As of early 2021, Jared S. Gilmore’s net worth is close to $1 millon, earned through his successful career as a professional actor, working on 14 television and film titles since he launched his career back in the late 2000s. He has also increased his wealth through his streaming career.

Jared S. Gilmore spent his early years in his hometown of San Diego, where he was raised by his parents; however, there is no information in the media about their names and professions, but it’s known that he has a twin sister named Taylor Gilmore.

Jared started pursuing his acting career by accident, after running into talent agents who initially wanted to represent his twin sister Taylor. She would later quit her career in the film industry to focus on her education, while Jared began going to auditions.

Jared Gilmore will be at #RegalCon.

He landed his first acting gigs making appearances in various TV commercials, for such brands as McDonald’s, Walmart, Leapfrog Leapster, and Hometown Buffet, to name a few. These led him to more serious opportunities, and in 2008 he made his debut appearance as Matthew in the episode “Driven” of the CBS  police procedural drama series “Without A Trace”, and later in the same year he guest-starred as Owen in the episode “Titans” in the CBS police procedural drama mystery series “Eleventh Hour”.

Rise to Fame and “Mad Men”

Jared S. Gilmore’s big break came when he was chosen to portray little Bill O’Reilly in the Fox late-night “Talkshow With Spike Feresten” between 2008 and 2009. Following the end of the show, he made a guest-starring appearance as Graham in the episode “The Trash ‘N Treasures” in the ABC Family sitcom “Roommates”, and portrayed Baby Bailiff in R. Michael Givens’ family comedy film “Opposite Day”, alongside Billy Unger, Ariel Winter and Dylan Cash, both in 2009.

Thereafter, he was cast as Bobby Draper throughout the third and fourth seasons of the AMC period drama series “Mad Men”, aired from 2009 to 2010; for his performance on the series, Jared won the 2009 Screen Actors Guild Award for Outstanding Performance by an Ensemble in a Drama Series, shared with other cast members.

After leaving “Mad Men”, Jared S. Gilmore continued to line up success after success; in 2010 he starred in the role of Mona’s six-year-old son in Alan Poul’s romantic comedy film “The Back-up Plan”, next to Jennifer Lopez and Alex O’Loughlin, and then portrayed Jonas Ryland in the direct-to-video comedy film “A Nanny For Christmas”.

During the same year, he also took the role of Justin Adams in three episodes of the TNT medical drama series “Hawthorne”.

Thereafter, he guest-starred in such roles as Kenneth in the episode “Cold Calls” of the TNT comedy-drama series “Men Of A Certain Age” (2010) and young Ryan in the episode “Anger” of the FX comedy series “Wilfred” (2011).

“Once Upon A Time” and Further Work

In 2011, Jared S. Gilmore joined the main cast of the ABC fantasy adventure drama series “Once Upon A Time”, created by Adam Horowitz and Edward Kitsis.

He landed the role of Henry Mills until the final season of the series broadcast in 2018, appearing in 140 episodes, and appearing along with such actors as Ginnifer Goodwin, Jennifer Morrison, and Josh Dallas. His work on the series earned him the 2012 Young Artist Award for Best Performance in a TV Series – Leading Young Actor, and in the following year he was nominated for the same award in the same category, as well as a Saturn Award nomination for Best Performance by a Younger Actor in a Television Series.

While filming the series, he also had the part of Kyle in the 2012 romantic comedy film “Overnight”, written and directed by Valerie Breiman.

Most recently, Jared provided the voice of the character Shalio in the English version of the Japanese anime film “Code Geass: Fukkatsu No Lelouch” (2019), directed by Gorô Taniguchi.

Apart from his acting career, Jared S. Gilmore has become known as a Twitch streamer. In March 2019, he was signed to the professional “Overwatch” esports stream team Atlanta Reign as a streamer, under the nickname ‘CowboyBeBAMF’. He recently moved to another Twitch account, and you can find him under the username ‘Nightingale_Styx’. In addition, he launched his own YouTube channel, to promote his streaming projects.

Jared S. Gilmore manages to keep all the details about his love life far away from the eyes of the public. However, it is believed that he is single at the moment.

He is an avid animal lover; he has two dogs, Copper and Emma, and two guinea pigs, Ziggy and Zoey. He also has a cat named Tiger, as well as a rabbit named Benjalina.