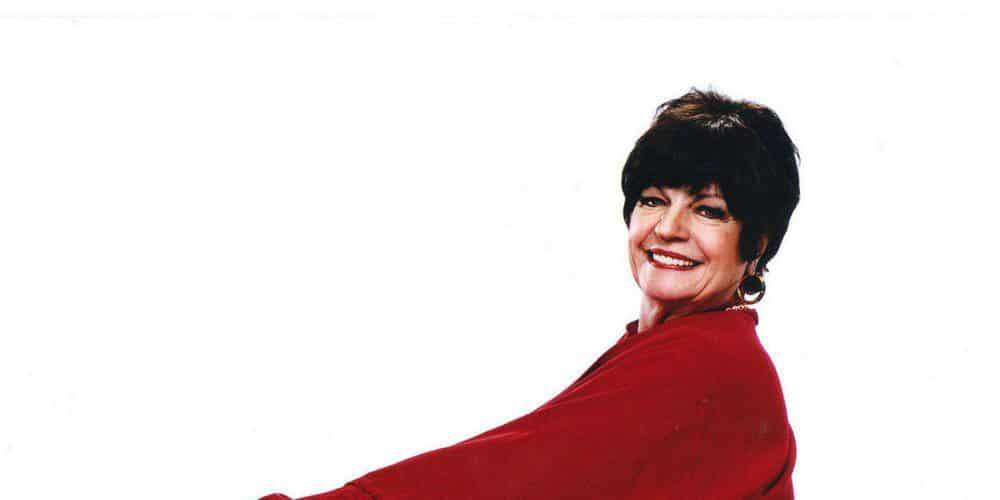 Who is Jo Anne Worley?

Jo Anne Worley is an American film, television, and theater actress, a comedian, singer and television personality, who is probably still best known to the world as a performer in the TV show “Rowan & Martin’s Laugh-in” (1967-1973), among numerous other appearances.

What is Jo Anne Worley Doing Now? Is She Dead?

Jo Anne Worley is not dead, but is very much alive and active in the world of show business. Most recently, she made an appearance in the talk show “The Hollywood Moment at Home Edition 2020”. She lives in the Los Angeles area on the west coast, however, she also spends time in New York.

Jo Anne Worley was born on 6 September 1937 under the Virgo zodiac sign, in Lowell, Indiana USA to Joseph Lauraine Worley and his wife Rose Irene (nee Gardner). She is the third child of five born to her parents, and has four half-siblings from her father’s second marriage since her parents divorced in 1962. She went to a local high school in her hometown and matriculated in 1955. After this, she moved to Blauvelt, New York, and joined Pickwick Players, thus starting her professional career. Nevertheless, she also had a scholarship to Midwestern State University in Wichita Falls, Texas, where she studied drama. Two years later, Jo Anne transferred to Los Angeles City College, and also studied at the Pasadena Playhouse.

As she was becoming more immersed in show business, Jo Anne secured her debut appearance in a musical role in a production of “Wonderful Town”,followed soon after as Jo Anne was selected for her first major appearance, in the musical “Billy Barnes People” (1961). The production ran for six performances before it was canceled, but Jo Anne received positive critiques. Three years later she made her first Broadway appearance in “Hello, Dolly”. Her popularity was steadily increasing, and in 1966 she opened her own nightclub in Greenwich Village. After a few performances, she was spotted by Merv Griffin, television show host and media mogul, best known as the host of his own “The Merv Griffin Show”. After the discovery, Merv cast her in his own show, min which she made around 40 appearances.

Jo Anne continued her way up, and in 1966 made an appearance in the musical revue “The Mad Show”, based on “Mad Magazine”. Then in 1967, she was discovered by George Schlatter who then introduced her to “Rowan & Martin’s Laugh-in”. She joined the cast from 1967 until 1970 in approximately 60 episodes of the Primetime Emmy Award-winning show, which made her a worldwide star. She left the show to focus on other projects, but returned in 1973 as a guest star. She next appeared in the show “Love, American Style” (1970-1973) and continued her career with appearances in such TV series as “Adam-12” (1972) and “The Six Million Dollar Man” (1974), while in 1976 she featured in the film “The Shaggy D.A.”.

She remained active as an actress until 2012, but didn’t have much success on television, making only a few guest appearances, though she has worked as a voice actress, lending her voice to such characters as Wardrobe in the animated film “Beauty and the Beast” (1991), Miss Maples from “A Goofy Movie” (1995), and as Mrs. Rockwaller in the animated series “Kim Possible”, among numerous other characters. Her last on-screen role was as Miss Lambert in the TV series “The Middle” in 2012.

Jo Anne Worley has made numerous appearances in theater, performing regularly at the Melody Top Theater in Milwaukee, Wisconsin, where she was seen in such plays as “Once Upon a Mattress”, “Anything Goes”, “Annie Get Your Gun”, and “Gypsy: A Musical Fable”.

She was also a regular at the Welk Dinner Theater in San Diego, California, in “Same Time, Next Year”, and at the La Mirada Theatre for the Performing Arts, La Mirada, California in “Nunsense” (1991). She was the Wicked Witch of the West in “The Wizard of Oz” (1999), and was also Mrs. Tottendale in the Broadway musical “The Drowsy Chaperone” performed at the Marquis Theatre in 2007.

Jo Anne is known for being an animal lover, and has been collaborating with the organization “Actors and Others for Animals”, which was launched in 1971 by Goldie Hawn. The organization is focused on providing help and nurture to different kinds of animals. She has been the president of the organization since 2007, having served as vice president for several years.

As of mid- 2021, Jo Anne Worley’s net worth has been estimated to be around $2 million, earned through her successful career as an actress and television personality, which spans over 60 years.

Being an animal lover, Jo Anne has a pet dog named Harmony, which she takes everywhere she goes. She loves spending time with the dog and considers it part of the family.

She has sung with the US Air Force Band, singing for the Vietnam Veterans, visiting the Vietnam Wall.

Jo Anne Worley has stated Jerry Lewis as her inspiration to start a career in show business, and eventually worked with him in his television variety show. Furthermore, she has said that she loves the work of the late Robin Williams and Jonathan Winters.

She resides in Toluca Lake, living some time across the street from star comedian Bob Hope.

While active as an actress and performer, Jo Anne was known for her catchphrase “Was that a chicken joke? Jo Anne is known for her loud and manly voice, and when she was a little girl while attending church, she confessed to lip-syncing the hymns, as she was afraid that she might drown out everyone else.