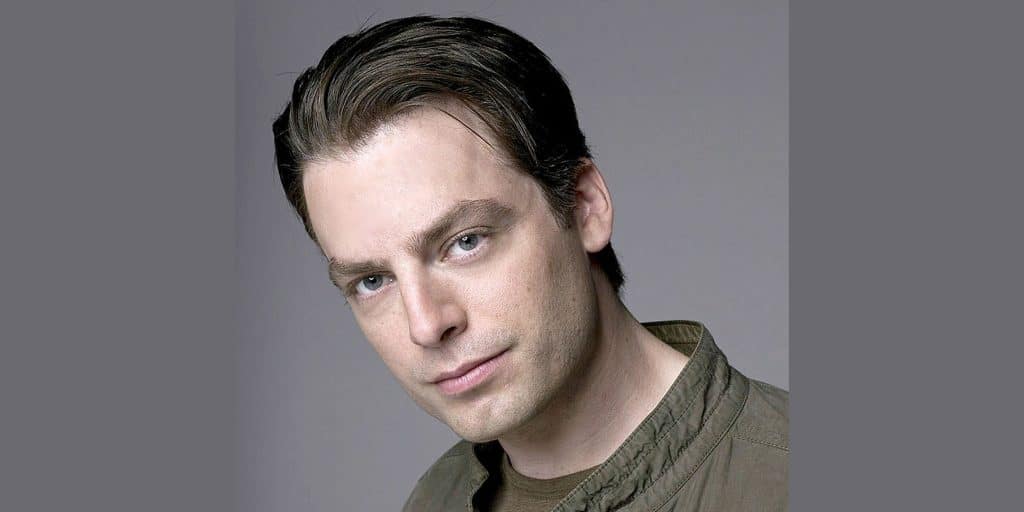 Who is Justin Kirk?

Justin Kirk was born on 28 May 1969 under the zodiac sign of Gemini, in Salem, Oregon USA. He is a 52-year-old actor, probably best recognized for landing the role of Barto Zane in The WB comedy series “Jack & Jill” (1999-2001), playing Prior Walter in the HBO romantic fantasy miniseries “Angels In America” (2003), and featuring as Andy Botwin in the Showtime dark comedy-drama series “Weeds” (2005-2012).

How rich is he, as of now? Justin Kirk’s Net Worth

As of mid-2021, Justin Kirk’s net worth is estimated at over $3 million, earned through his successful involvement in the entertainment industry as a professional actor, who has worked on more than 65 television and film titles since he launched his career back in the mid-1990s.

Justin Kirk spent his early years in Union, Washington State, where he was raised by his father, who was of British descent, and his mother, who was of Russian-Jewish ancestry; however, there is no information about his parents’ names and professions. He holds American nationality, and belongs to White Caucasian ethnic group.

Regarding his education, Justin went to elementary school on a Native American reservation in Washington State. He developed his love for acting at the age of three, and started performing at the age of seven in local college stage productions. After moving with his family to Minneapolis, Minnesota, he attended a local high school there, and performed at the Children’s Theater School.

Upon matriculation, Justin relocated to New York City, where he completed a two-year conservatory acting program at Circle in the Square Theater School. At the time, he worked as a bellboy at the Royalton Hotel, but quit the job once he took his first role on Broadway. Besides that, he played guitar, and was a member of several bands, including The Dimestore Darlings.

Justin Kirk started his professional acting career on Broadway in 1993, when he landed his role as Willis in the Longacre Theater production of the play “Any Given Day”. Two years later, he gained popularity for portraying the blind character Bobby Brahms in Terrence McNally’s play “Love! Valour! Compassion!” and its film adaptation, which earned him a joint Obie Award for Distinguished Performance by an Ensemble.

He then won a Backstage West Garland Award for Outstanding Performance for his portrayal of Stephen Hoffman in the two-character play “Old Wicked Songs” (1996) at Los Angeles’ Geffen Playhouse and New York’s Promenade Theater. In 2011, he had the part of Tripp Wyeth in the Booth Theatre production of “Other Desert Cities”, starring alongside Judith Light, Stacy Keach and Stockard Channing. His other stage work includes “Ten Unknowns”, “The Invisible Hand”, and “Evanston Salt Costs Climbing”, to name a few. Moreover, he is a founding member of the theater company Drama Department.

Rise to Fame on Film and TV

Concurrently with pursuing his stage career, Justin Kirk secured roles in films and on TV.

He made his debut TV appearance in an episode of the CBS newspaper drama series “New York News” in 1995, after which he landed small roles in several TV series and film titles. His first major role came four years later, when he joined the main cast of The WB comedy series “Jack & Jill”, in which he starred as Barto Zane until the series ended in 2001. It led him to portray the lead role of Morris Monk in the 2002 thriller film “Outpatient”, written and directed by Alec Carlin.

In 2003, Justin Kirk gained enormous popularity after being chosen to play Prior Walter in the HBO six-episode romantic fantasy miniseries “Angels In America”, co-starring alongside Al Pacino, Meryl Streep and Emma Thompson. It was based on Tony Kushner’s 1991 play of the same title which won a Pulitzer Prize, and directed by Mike Nichols.

The series was critically acclaimed and rewarded with numerous accolades, including all four acting categories at the Primetime Emmy Awards, as well as all five categories at the Golden Globe Awards. For his performance, Justin won a Satellite Awards for Best Supporting Actor – Series, Miniseries, or Television Film, and a Primetime Emmy Award nomination for Outstanding Supporting Actor in a Miniseries or a Movie.

Justin Kirk then guest-starred in such TV series as “CSI: Crime Scene Investigation” and “Without A Trace”, while his next remarkable appearance came with the main role of Andy Botwin in the dark comedy-drama TV series “Weeds”, that ran on Showtime for eight seasons, from 2005 to 2012. The series was created by Jenji Kohan, and stars Mary-Louise Parker and Elizabeth Perkins.

It follows the life of a widowed mother of two sons who starts to sell marijuana to earn enough money for her family. His portrayal in the series earned him the Satellite Award for Best Actor – Television Series Musical or Comedy in 2008, then during 2009 and 2010, he reprised the role in the comedy TV series “University Of Andy”.

Concurrently, Justin continued to work on other projects – in 2006, he shared the screen with Tom Cruise and Paula Wagner in the American-German romantic drama film “Ask The Dust”, in which he starred in the role of Sammy, and then featured as Philip in the romantic comedy film “Puccini For Beginners”, alongside Elizabeth Reaser. It was followed by his portrayals of Jeff Kane in the 2009 drama film “Against The Current”, A.J. in the 2010 romantic comedy film “See You In September”, and Henri in the 2011 comedy film “Life Happens”.

In 2012, Justin Kirk landed such roles as Bennet in the comedy-drama film “Goats”, next to Keri Russell and Vera Farmiga, and Billy in the independent drama film “Nobody Walks”, directed by Ry Russo-Young. He then took the lead role of Dr. George Coleman in the NBC sitcom “Animal Practice” from 2012 to 2013; however, it was canceled after its first season due to low ratings. His next significant role came in 2014, when he joined the main cast of the first season of the FX political drama series “Tyrant”, in which he portrayed John Tucker. During the same year, he provided his voice to Green Lantern a.k.a. Hal Jordan in the direct-to-video animated superhero film “Justice League: War”. At the time, he also guest-starred in such TV series as “American Dad!”, “Modern Family”, and “Manhattan”, among several others.

In 2017, Justin Kirk was cast as Gideon Reeves in the Fox procedural drama series “APB”, but which was canceled after one season. During the same year, he also played Jay in Aaron Sokin’s directing debut “Molly’s Game”, a biographical crime drama film that received positive reviews from critics, and featured as Phil Mason in the coming-of-age drama film “The Tribes Of Palos Verdes”, next to Jennifer Garner. It was followed by his portrayal of Scooter Libby in the critically-acclaimed biographical black comedy film “Vice” (2018), alongside former US Vice President Dick Cheney, and Christian Bale. The film was nominated for eight Academy and six Golden Globe Awards.

Thereafter, Justin landed the main role of Peter in the Showtime comedy series “Kidding” (2018-2020), sharing the screen with Jim Carrey and Frank Langella.

Justin Kirk isn’t very open about his dating life, and tends to keep it far away from the eye of the public. However, it is known that he was in a relationship once with actress Elizabeth Reaser. It is believed that he is single at the moment, dividing his time between Los Angeles, California, and New York City.