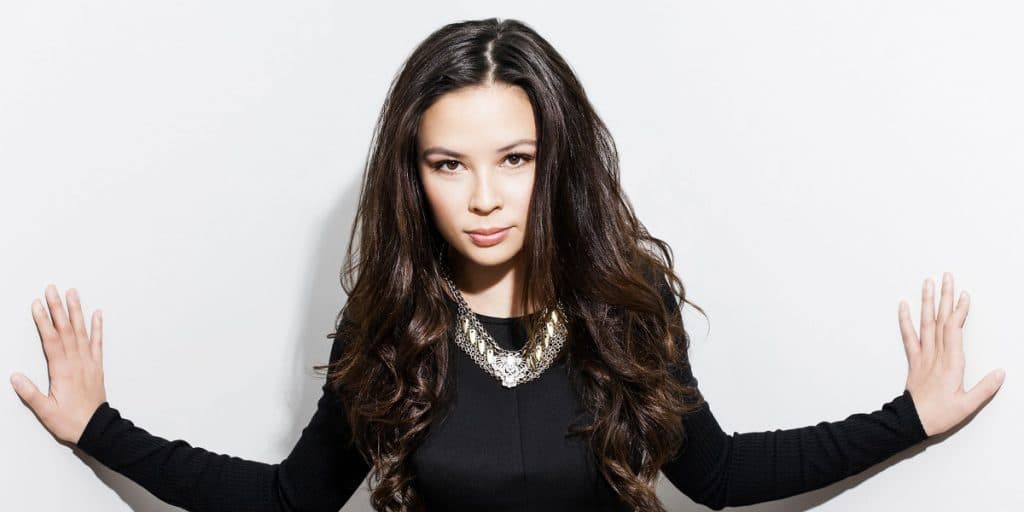 What is Malese Jow doing now? aka Anna on ‘Vampire Diaries’

Who is Malese Jow?

Elizabeth Melise Jow, better known as Malese Jow, was born on 18 February 1991 under the zodiac sign of Pisces, in Tulsa, Oklahoma USA, and is a 30-year-old actress and singer, probably best recognized for landing the role of Geena Fabiano in the Nickelodeon teen sitcom “Unfabulous” (2004-2007), playing Annabelle ‘Anna’ Zhu in The CW’s supernatural teen drama series “The Vampire Diaries” (2010-2011), and featuring as Mareth Ravenlock in the MTV / Spike fantasy drama series “The Shannara Chronicles” (2017).

How rich is she, as of now? Malese Jow Net Worth

As of early 2021, Malese Jow’s net worth is over $2 million, acquired largely through her successful involvement in the entertainment industry as a professional actress, who has garnered 35 television and film credits to date. She has also increased her fortune through her career as a singer.

Malese Jow’s father is Chinese, though his name remains a mystery, while her mother is Lanae Tillery Jow, of British and Cherokee Indian ancestry. So Malese holds American nationality and belongs to the mixed ethnic group.

She was raised by her parents in her hometown of Tulsa until they went their separate ways, and she moved with her mother and siblings to California – Malese has two brothers named Braden and Jensen Jow, and a sister named Makenna Jow.

Malese Jow started her acting career in 1997, when she made her debut appearance in the episode “Pennies, Nickels, Dimes” of the PBS children’s series “Barney & Friends”, after which she had a small role in the episode “Dreamers” of the CBS crime drama series “Dellaventura”, but it went uncredited.

It was followed by her appearances in several McDonald’s television commercials in the late 1990s, while her next role came when she guest-starred as Celeste in the episode “Right Place, Right Time” of the Nickelodeon teen sitcom “The Brothers García” in 2003.

Malese Jow came to prominence when she joined the cast of the Nickelodeon teen sitcom “Unfabulous”, alongside Emma Roberts, starring in the role of Geena Fabiano for three seasons from 2004 to 2007. For her performance, Malese received a Young Artist Award nomination for Best Performance in a TV Series – Supporting Young Actress.

Following the end of the series, she appeared as Ruby Donahue in the episode “Movies” of the Disney Channel fantasy teen sitcom “Wizards Of Waverly Place”, and portrayed Quinn in the musical comedy film “Bratz: The Movie”, which is based on the line of the Bratz dolls, both in 2007.

It was followed by her guest-starring appearances as Hannah in two episodes of the CBS soap opera “The Young And The Restless” (2008), and fake Carly in the episode “iLook Alike” of the Nickelodeon teen sitcom “iCarly” (2009). During the same year, Malese guest-starred in such roles as Gail in the episode “One Night At Band Camp” of the ABC Family teen drama series “The Secret Life Of The American Teenager”, and Rachel in two episodes of the Disney Channel teen sitcom “Hannah Montana”, and then landed the role of Julie in the live-action/animated sci-fi comedy film “Aliens In The Attic”, directed by John Schultz.

Malese Jow’s next major appearance came when she was chosen to play Annabelle ‘Anna’ Zhu in The CW’s supernatural teen drama series “The Vampire Diaries”, starring in 18 episodes from 2010 to 2011. Concurrently, she played Megan in the romantic fantasy film “You’re So Cupid!”, and guest-starred as Josie in the episode “The Boost Job” of the TNT action crime drama series “Leverage”, both in 2010. In the same year, she also portrayed Alice Cantwell in David Fincher’s biographical drama film “The Social Network”, which earned her a joint Hollywood Film Festival Award for Ensemble of the Year.

In 2011, Malese made a guest appearance as Violet in the episode “Then I Really Got Scared” of the ABC mystery comedy-drama series “Desperate Housewives”. Between 2011 and 2013, she was cast as Cadence Nash in the Nickelodeon action sci-fi sitcom “The Troop”, and played Lucy Stone in the Nickelodeon musical sitcom “Big Time Rush”. She then guested as Amanda Reed in the episode “Friendly Fire” of the CBS police procedural drama series “CSI: Miami”, and portrayed Morgan in the pilot episode of The CW’s drama series “Shelter”, both in 2012.

In 2014, Malese guested as Hillary Cooper in the episode “Smells Like Teen Spirit” of the ABC police procedural crime comedy-drama series “Castle”, and landed the role of Beth in the action comedy-crime film “Plastic”, directed by Julian Gilbey.

Later that year, she played Julia Yeung in The CW’s sci-fi romantic teen drama series “Star-Crossed”, and featured as Madison Ashland in the made-for-TV film “Presumed Dead In Paradise”.

These were followed by her portrayals of Linda Park / Dr. Light in The CW’s superhero drama series “The Flash”, next to Grant Gustin, and Beatrix Bishop in the Fullscreen’s satirical teen sitcom “Filthy Preppy Teens”, both in 2015. Between 2015 and 2019, she guest-starred as Jennifer Kim in several episodes of the CBS action series “NCIS: Los Angeles”. In 2016, Malese played Jenny in the TV comedy series “How To Be A Vampire”, and appeared as Chloe Freeman in the episode “Tragic Kingdom” of the MTV comedy-drama series “Sweet/Vicious”.

In 2017, Malese Jow took the role of Sarah Adams in the made-for-TV family film “Sisters Of The Groom”, and played Mareth Ravenlock in the MTV / Spike fantasy drama series “The Shannara Chronicles”. Thereafter, she guest-starred as Camilla in two episodes of the Hulu comedy-drama series “Casual” (2018) and portrayed Daya Zhang in the direct-to-video prison action thriller film “Escape Plan: The Extractors” (2019), alongside Sylvester Stallone, 50 Cent, and Dave Bautista. It is the third and final installment of the “Escape Plan” film trilogy.

Most recently, she landed the role of Ariana in the fantasy comedy-drama film “I Wrote This To You” (2020) and provided her voice to Dupli-Kate / Kate Cha in the Prime Video adult animated superhero series “Invincible” (2021).

Apart from her acting career, Malese Jow is also known as a singer. She started her music career at the age of six, when she became the lead singer for The Wild West Band. They performed at local events and opened for such music artists as Brenda Lee, George Jones, Ty Herndon, Marty Stuart and Ray Price, among many others. Between 2001 and 2002, she competed in the PAX Network talent competition series “Ed McMahon’s Next Big Star”, winning four rounds in the kids’ vocalist category.

She then focused on her acting career, so her debut single entitled “Trying To Sleep”, wasn’t released until 2018 – she directed the music video for the single.

The up-and-coming actress is currently in a relationship with a guy whose name remains a mystery; she frequently posts their cute snaps on her official Instagram account. Previously, she was rumored to be romantically involved with such celebrities as Kevin James and Ian Somerhalder, and was also linked to Carter Jenkins and Steven R. McQueen.