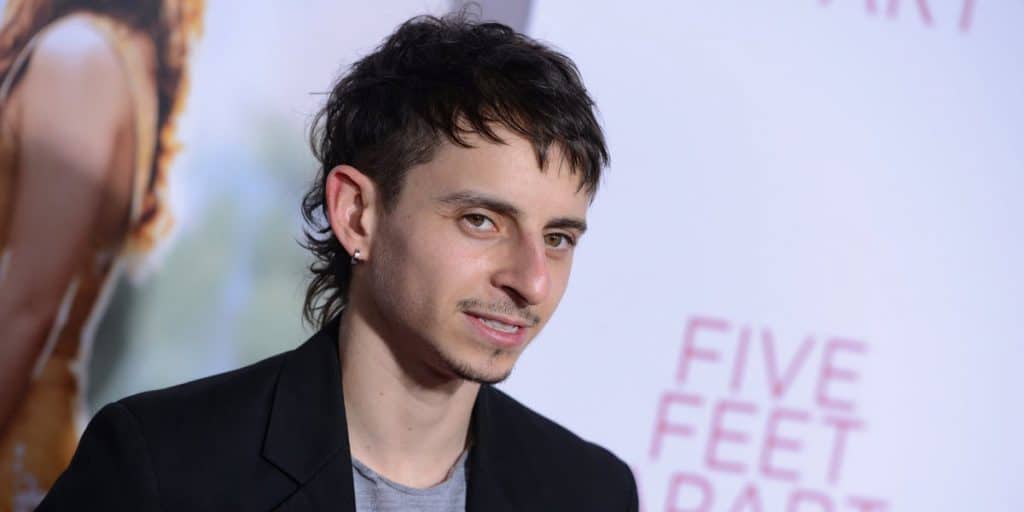 What is Moises Arias doing now? The Truth About Willow Smith

Who is Moises Arias?

Moises Arias was born in New York City, USA, on 18 April 1994 – his zodiac sign is Aries, and he holds American nationality. He’s an actor with close to 50 credits to his name, while he’s perhaps known best for his portrayal of one of the lead characters, Biaggio, in the 2013 adventure comedy movie “The Kings of Summer”. Directed by Jordan Vogt-Roberts, it also starred Nick Robinson and Gabriel Basso, and follows three teenagers as they build a house in the woods during summer. The movie won five of the 15 awards for which it was nominated.

Moises was raised in New York City alongside his brother Mateo Arias, by their Colombian parents Cesar and Monica Arias, about whom nothing’s known, as they prefer to be left out of media. Mateo is also an actor, with 13 credits to his name.

Moises became interested in acting around the time when he enrolled at a local elementary school, and he was nine years old when he made his debut TV series appearance, with his portrayal of Kid #5 in the 2005 episode “Everybody Hates Sausage” of the sitcom “Everybody Hates Chris”. The following year saw him appear in the episode “Day Care” of the family comedy series “The Suite Life of Zack & Cody”, while he also made his debut film appearance, with his portrayal of Juan Pablo in the popular family sports comedy “Nacho Libre”.

Moises continued acting during his entire education. He studied at Barbizon Modeling and Acting School located in Tampa, Florida, and upon matriculating in 2012, he didn’t enroll at college, but focused on his acting career.

By the end of the 2000s, he had appeared in a couple of critically acclaimed movies, such as the 2008 family comedy “Beethoven’s Big Break”, the 2009 action adventure comedy “Dadnapped”, and the 2009 family comedy drama “The Perfect Game”.

In 2010, Moises voiced Spiller in the English version of the Japanese animated family adventure “The Secret World of Arrietty”; a couple of his following roles were in the 2012 comedy “We the Party”, the 2012 comedy “Noobz”, and the 2013 action fantasy adventure “Ender’s Game”. Also in 2013, Moises voiced Antonio Perez, in the hit animated adventure comedy “Despicable Me 2”, directed by Chris Renaud and Pierre Coffin, and which starred Steve Carell, Kristen Wiig and Benjamin Bratt. The movie follows Gru as he’s building new gadgets with his minions, and it won 12 of the 80 awards for which it was nominated, including two Oscar nominations.

Some of Moises’ following notable performances were in the 2015 biographical historical drama “The Stanford Prison Experiment”, the 2016 drama “The Land”, and the 2016 action adventure drama “Ben-Hur”.

In 2017, he was cast to play Bar Guest in the critically acclaimed action adventure fantasy “Kong: Skull Island”, directed by Jordan Vogt-Roberts, and which starred Tom Hiddleston, Samuel L. Jackson and Brie Larson. It follows a team of scientists who after the Vietnam War, have embarked to explore a recently discovered island in the Pacific. The movie won one of the 23 awards for which it was nominated, including an Oscar nomination.

Three of Moises’ most recent film roles have been in the drama “Blast Beat”, the comedy drama “The King of Staten Island” both in 2020, and the 2021 drama “Jockey”. He’s currently shooting for three movies – “Samaritan”, “American Murderer” and “The Things They Carried”.

Between 2006 and 2009, Moises voiced Olly in 14 episodes of the animated fantasy “Dive Olly Dive!”, and in 2009, he portrayed Conscience in three episodes of the adventure comedy drama “Wizards of Waverly Place”.

Created by Todd J. Greenwald, it starred Selena Gomez, David Henrie and Jake T. Austin, and follows three siblings who are competing to become the family’s next wizard; it won 39 awards, including two Primetime Emmys, while it was nominated for 50 other awards.

Between 2006 and 2011, Moises portrayed Rico Suave, one of the lead characters in the popular musical family comedy “Hannah Montana”. It also starred Miley Cyrus and Emily Osment, and follows a teenage pop star who’s hiding her true identity from even her closest friends. In 2011, Moises guest starred in the episode “Sky High” of the comedy “Love Bites”, and in 2012 he played Matt in five episodes of the comedy “The Middle”.

Two of Moises’ most recent roles in TV series have been his portrayal of Luis in six episodes of the action comedy drama “Jean-Claude Van Johnson” in 2017, and his appearance in the 2020 episode “Fractured” of the drama “The Good Doctor”.

Moises has one writing, three producing, and eight directing credits. In 2012, he wrote, produced and directed the short war drama “Brothers in Arms”, and all his other credits are music videos of Jaden Smith’s songs, such as “Hello”, “Blue Ocean” and “Scarface”.

He’s been featured in a couple of documentaries, including the 2007 series “Disney 365”, and the 2008 film “Disney Channel’s Totally New Year”.

Moises has made a guest appearance in around 10 talk-shows, such as “The Bonnie Hunt Show”, “Up Close with Carrie Keagan”, and “Reel Junkie”.

Moises has been nominated for seven awards, including two Behind the Voice Actors Awards, two CinEuphoria Awards, and two Young Artist Awards.

Back in May 2014, a picture was leaked onto the internet which featured Moises lying alongside Willow Smith in bed. He was shirtless in the picture, and at that time was 20 years old, while Willow, the daughter of the famous American actor Will Smith, was only 13. This was investigated by Los Angeles County Department of Children and Family Services, which revealed that nothing had happened between the two.

Moises prefers to keep his personal matters to himself, and there’s only a single girl whom he has dated that the public knows about.

Back in 2011, he was in a relationship with Cassidy Sawchuk, an American non-celebrity girl, who attracted attention only after she was seen spending time with Moises. The two were together for around a year, before splitting for unknown reasons.

There are still those who believe that Moises was in a relationship with Willow Smith in 2014. They were apparently seen spending time together on multiple occasions, but both have stated that they were, and still are, only good friends.

As of August 2021, Moises seems to be single, hasn’t married and doesn’t have children.

Moises’ favorite hobby is photography, and close to 900 pictures taken by him can be seen uploaded onto his Instagram account, on which he’s amassed over 900,000 followers.

He’s passionate about travelling, and has been to many US states, as well as various European countries; Moises is currently in Palermo, Italy.

He’s a fashionista, and goes shopping for clothes multiple times every week. Because Moises usually wears strange clothes, some people believe him to be gay.

He has his own favorite actors and actresses, some of whom are Matt Damon, the late Heath Ledger, and Amanda Seyfried. A couple of his favorite movies are “Good Will Hunting”, “Brokeback Mountain” and “Dear John”.