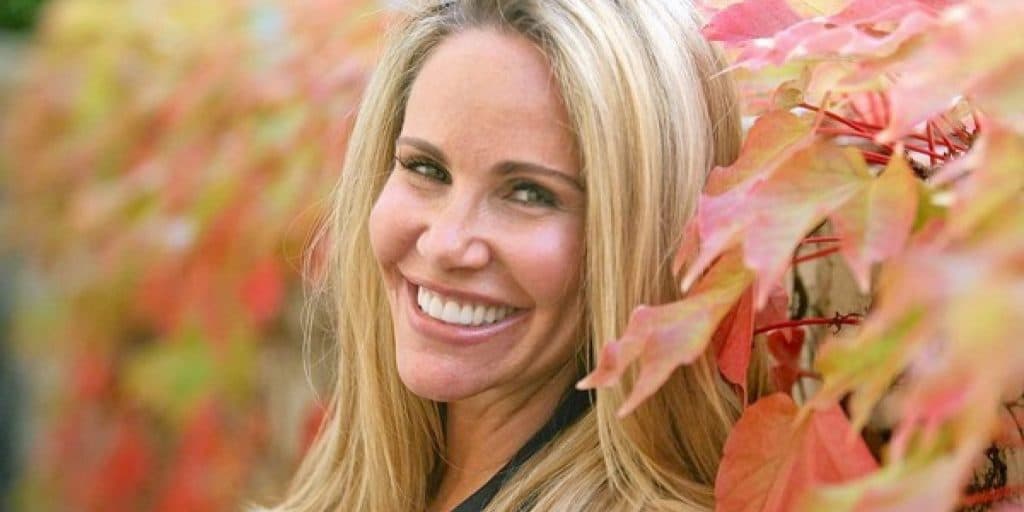 Who is Tawny Kitaen?

Julia E. ‘Tawny’ Kitaen was born in San Diego, California USA, on 5 August 1961 – her zodiac sign is Leo and she holds American nationality. She’s an actress, comedian and a social media star, who’s perhaps still known best for her portrayal of Debbie Thompson, one of the lead characters in the 1984 comedy movie “Bachelor Party”, written and directed by Neal Israel, and which also starred Tom Hanks and Adrian Zmed. It follows a man who’s about to marry the love of his life, and his friends, who are throwing him the best bachelor party ever.

Tawny was raised in San Diego alongside her younger brother and sister, by their father Terry Kitaen who worked at a neon sign company, and their mother Linda who’s a housewife, and was a beauty pageant contestant.

Tawny attended Mission Bay High School at which she was mostly interested in becoming a famous model, and thus played sports and followed a strict diet to remain fit. During her first year, she attended a rock concert at Balboa Stadium and there watched the British rock musician Peter Frampton perform. Tawny and her friends were allowed to go backstage, and after she saw all the privileges of Peter’s girlfriend, she determined to also date someone very popular.

Tawny was just about to matriculate in 1980, but then chose to move to Los Angeles with her boyfriend Robbinson Crosby, who played the guitar for the metal band Ratt, and who helped her launch her modelling career as she was featured on the album cover of his band’s extended play (EP) “Ratt” in 1983, as well as on the cover of their debut album “Out of the Cellar” in 1984.

Tawny made her debut film appearance in the 1983 drama “Malibu”, and the following years saw her play supporting characters in various mediocre movies, such as the 1984 action adventure comedy “Gwendoline”, the 1985 comedy “California Girls”, and the 1986 romantic musical drama “Crystal Heart”.

She gained recognition in 1986 when cast to star as Linda Brewster alongside Todd Allen and Stephen Nichols in the horror mystery thriller “Witchboard”, written and directed by Kevin Tenney, and which follows Jim and his girlfriend who contact a ghost using a Ouija board. Tawny then went on to star in three music videos by the band Whitesnake, entitled “Still of the Night”, “Is This Love” and “Here I Go Again”, continued on collaborating with Whitesnake, and two years later in 1989 appeared in their other two music videos “Fool for Your Loving, Version 2” and “The Deeper the Love”.

The year 1993 saw her portray a woman in a bar in the romantic comedy “Three of Hearts”, which starred William Baldwin, Kelly Lynch and Sherilyn Fenn, and follows a lesbian who hires a man to pretend to be her boyfriend at her sister’s wedding, so that she could somehow persuade her ex-girlfriend to come back to her. Tawny was then cast to play Deianeira in three 1984 Hercules movies: “Hercules: The Legendary Journeys – Hercules and the Circle of Fire”, “Hercules in the Underworld” and “Hercules in the Maze of the Minotaur”.

Tawny’s following two roles in movies were in 1996, the thriller “Playback” and the action thriller drama “Dead Tides”. Her following movie role didn’t come until 13 years later, when she portrayed a supporting character in the 2009 comedy “Tom Cool”, written and directed by Ron Carlson, and which starred Mila Kunis and Nicki Aycox.

Tawny’s two most recent film roles have been in the 2014 mystery thriller “After Midnight”, and the 2015 comedy “Come Simi”.

She’s currently shooting for the upcoming action crime comedy “Lolipop Gang”. set to be released on 1 January 2022. The film is written and directed by Christopher Annino, and will star Evan Ginzburg, Jeanne Basone and Angel Orsini.

Tawny made her debut TV series appearance with her portrayal of Meredith Ross in the romantic drama “Capitol” in 1986, and gained recognition in 1989 when cast to star as Lisa DiNapoli in the romantic drama “Santa Barbara”, which aired from 1984 to 1993, numbering 2,137 episodes. The series follows the lives of three Santa Barbara families: the Capwells, Lockridges and Andrades, and it won 47 awards of the 161 it was nominated for.

Also in 1989, Tawny portrayed Skylar Samperton in the episode “Someone Stole Lucille” of the mystery crime drama “Booker”, and the following years saw her appear in an episode or two of various series, such as the science fiction comedy “They Came from Outer Space”, the fantasy crime drama “Shades of LA”, and the crime mystery “Veronica Clare”.

In 1991, Tawny was cast to star as Mona Loveland in the comedy “The New WKRP in Cincinnati” created by Hugh Wilson and which also starred Gordon Jump, Frank Bonner and Richard Sanders. The series follows the lives of people working at a radio station, but it failed to win any awards. From 1992 to 1995, she voiced Annabelle in the animated adventure comedy “Eek! The Cat”, and she then portrayed supporting characters in various series including the action adventure drama “Hercules: The Legendary Journeys” in 1997, and the mystery crime drama “CSI: Crime Scene Investigation” in 2011.

Her most recent role in a TV series has been her portrayal of Rachel in ten episodes of the comedy “Moms Anonymous” in 2018.

Tawny has one producing credit: in 2017 and 2018, she produced six episodes of the series “Moms Anonymous”.

She has appeared in various TV specials, including “1988 MTV Video Music Awards” and “Sports Illustrated: Swimsuit ’99”. Tawny has also been featured in many documentaries, such as the 2011 series “Metal Evolution”, the 2014 film “Progressive Entrapment: The Making of Witchboard”, and the 2017 series “Inside Edition”.

She has made guest appearances in various talk-shows, such as “LeagueOne: In the Spotlight!”, “Oprah: Where Are They Now?”, and “Botched”.

During her teenage years and while still attending high school, Tawny began dating Robbinson Crosby, and in the late ‘70s, she travelled with his band Whitesnake to Los Angeles, California, wanting to work on her own career there.

She and Robbinson eventually split, and she began dating David Coverdale, the singer of the band. The two married in 1989, but then divorced two years later for unknown reasons. Tawny was then in a relationship with the former football star and convicted felon O. J. Simpson, which lasted for a couple of months.

In 1997 she married her second husband, Chuck Finley, an American professional baseball player, but they divorced in 2002, the same year that Tawny was charged with domestic violence because she hit Chuck multiple times with her high-heeled shoes.

There are many other men whom Tawny has dated, but who are rarely mentioned in the media – some of them are the musician Tommy Lee whom she dated in 1985, the comedian Jerry Seinfeld whom she was with in 1992, and another comedian Jon Stewart whom she was seeing in 1995.

Since her divorce from Chuck, Tawny hasn’t been seen with any men, and has allegedly been single. As of March 2021, she’s apparenly single, has been married twice, and has two daughters.

Tawny was interested in sports during her 20s and 30s, and spent a lot of time doing gymnastics. She also worked out at a local gym, and occasionally played tennis with her friends.

Tawny has been a fan of travelling since her early teenage years, and has been all around the US thanks to her acting career, while she’s also travelled to various European countries, such as England, France and Spain.

She is a cat-lover and allegedly has two pet cats.

Tawny has her own favorite actors and actresses, some of whom are Al Pacino, Leonardo DiCaprio and Angelina Jolie, and a couple of her favorite movies are “Catch Me If You Can”, “Scent of a Woman” and “Mr. and Mrs Smith”.