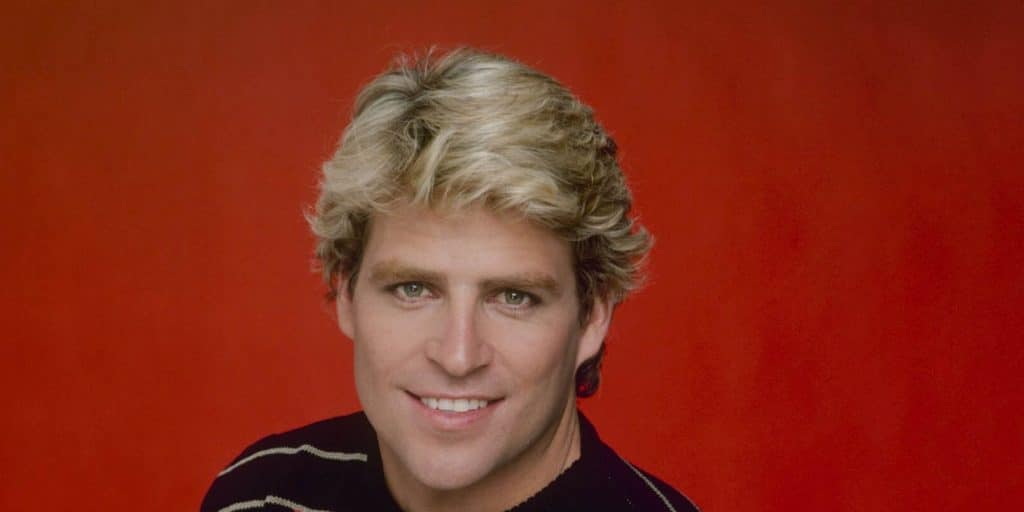 What is Ted McGinley (aka Jefferson D’Arcy) doing today? Wiki

Who is Ted McGinley?

Ted McGinley is an American award-winning actor, who is perhaps still best known to the wider public as Jefferson D’Arcy in the TV comedy series “Married… with Children” (1989-1997), and also as Charley Shanowski in the TV series “Hope & Faith” (2003-2006), in addition to several other notable roles that he’s secured in his long and successful career.

What is Ted McGinley Doing Today?

McGinley’s career started in the early ‘80s, so in 2020 he celebrated 40 years as a professional actor. He is still actively pursuing new projects to work on, and in recent years Ted has appeared in the TV series “Mom” in 2020, and has portrayed Webb in the TV mini-series “Keeping Up with the Joneses” (2021).

Theodore Martin McGinley was born on 30 May 1958 under the Gemini zodiac sign, in Newport Beach, California USA. Of Irish ancestry, he is the son of Bob McGinley and his wife Emily. He went to Newport Harbor High School, where he participated in many sports, including swimming, and was a star on the water polo team. Following matriculation, Ted enrolled at the University of Southern California as he received a water polo scholarship.

However, he never finished his studies; he was a two-time MVP of the water polo team, but on a recommendation from his then-girlfriend, Ted ventured into modeling. This was just his way into acting because he made his debut after being featured in the magazine GQ.

His picture was seen by a casting director, and in 1980 he was cast as Roger Phillips in the TV comedy series “Happy Days”, appearing in 61 episodes through 1984. During this time he also worked on other projects, including the film “Young Doctors in Love” (1982) as Dr. Bucky DeVol, while he also starred in the television comedy movie “Herndon” in 1983. Furthermore, in the same year he was chosen for the role of Photographer Ashley “Ace” Covington Evans in the TV series “The Love Boat”, remaining on the show until 1987, meantime in 1986 starting to play Clay Fallmont in the soap opera “Dynasty”.

Ted was making huge steps in his career, and before the end of the ‘80s and he was chosen for his most prominent role as Jefferson D’Arcy in the TV sitcom “Married… with Children”. He featured in 167 episodes of the multiple Primetime Emmy Award-nominated series, which made him rather famous around the world, since the show aired in numerous countries.

Concurrently Ted featured in several other projects, including the lead role in the sci-fi action thriller film “Blue Tornado” in 1991, then a minor role in the film “Wayne’s World 2”, with Mike Myers, Dana Carvey, and Christopher Walken in the lead roles, and as Peter Lawrence in the television movie “Deadly Web” in 1996.

Following the end of “Married… with Children”, he continued his career quite successfully, first as Gordon in the TV series “Sports Night” (1998-1999), and then as James Allen Bailey in the 1999 comedy film “Follow Your Heart”.

He started the new millennium with a role in the Academy Award-winning historical action-drama film “Pearl Harbor”, with such greats as Ben Affleck, Kate Beckinsale and Josh Hartnett in the lead roles. His next major appearance was as Charley Shanowski in the TV comedy series “Hope & Faith” (2003-2006), starring Faith Ford, Kelly Ripa and Macey Cruthird.

However, following the end of the series, Ted struggled to secure any major role in the second half of the 2000s. He returned to the big screen with the role of Dan Reed in the comedy-drama film “Christmas with a Capital C” in 2011, starring alongside Brad Stine and Nancy Stafford. Two years later, he was Stan in the television mystery thriller-drama film “A Mother’s Rage”, which starred Lori Loughlin, Kristen Dalton and Shaun Sipos, and the same year he also guest-starred in the TV series “Mad Men”.

McGinley starred in the television comedy-drama movie “Rescuing Madison”, with Alona Tal in the titular role, while in 2015 he co-starred in the drama film “Do You Believe?”, for which he received two Grace awards, first in the category for Most Inspiring Performance in Movies and the second one for Best Actor. The same year, Ted co-starred as Charlie Bartons in the television romantic drama movie “The Bridge”, th e role he reprised on the sequel “The Bridge Part 2” in 2016.

He has worked on several projects from 2016 until the present day, and one of his major roles is the part of John Baxter in the TV series “The Baxters” since 2019, in which he’s co-starred with Ali Cobrin, Roma Downey, and Masey McLain.

Ted McGinley is a married man  -his wife is actress Gigi Rice, and the couple married on the 21st June 1991, and since then have welcomed two children, Beau Martin McGinley, and Quinn Thomas McGinley.

As of mid- 2021, Ted McGinley’s net worth has been estimated to be around $5 million, earned through his successful career as an actor, during which he has appeared in more than 90 film and TV titles, all of which have added to his wealth.

This award-winning actor has light brown hair and blue eyes. He stands at a height of 6ft (1.83m), while he weighs approximately 175lbs (84kgs). His vital statistics are unknown, but he has kept an athletic figure.

Born Georgeanne Marie Rice on 13 March 1965 in Westerville, Ohio USA, she attended Ohio State University from which she obtained a bachelor’s degree of fine arts in musical theatre.

She got her start in theater while serving as an apprentice at Maltz Jupiter Theatre in Jupiter, Florida. During this time, she featured in such plays as “Mame”, and “I’m Not Rappaport”, however, since then, she’s focused on television – her first major role was as Samantha Glick in the TV fantasy comedy series “Harry and the Hendersons” in 1991. From 1993 until 1996 she starred as Carly Watkins in the Primetime Emmy Award-winning TV comedy series “The John Larroquette Show”.

In 1998 she was Charlotte in the TV mini-series drama “Significant Others”, while her next major role was as Susan in the action crime-comedy film “The Man”, with Samuel L. Jackson in the lead role in 2005.

She’s appeared in more than 60 film and TV titles, and in 2010 starred in the comedy film “Ashley’s Ashes”, while in 2014 she was Diane Ireland in the thriller-drama film “Mission Air”. Most recently, Gigi appeared in the film “Courting Mom and Dad”, and is working on the comedy film “Standby”, in which she will star as Karen next to Stephnie Weir.

According to sources, Gigi Rice’s net worth has been estimated at $3 million, as of mid- 2021.