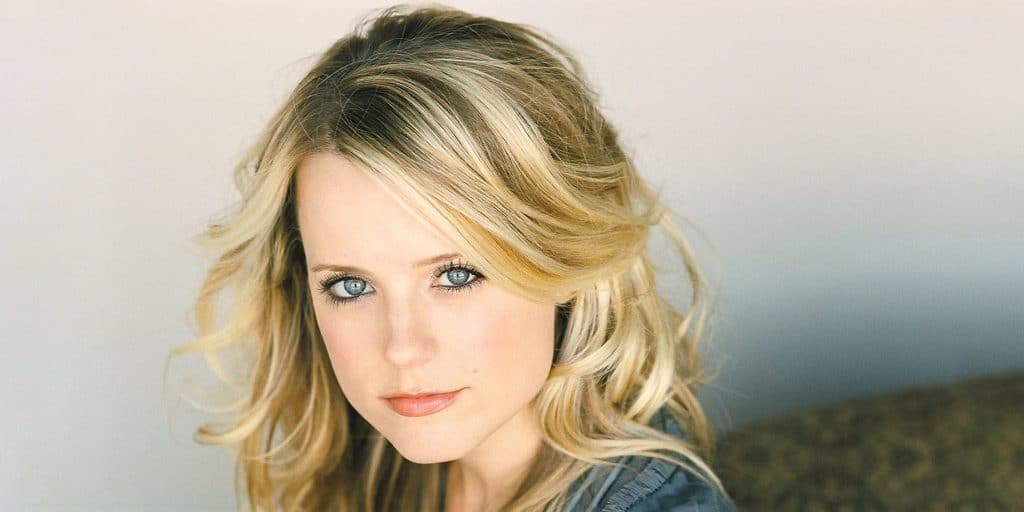 Where is Allison Munn now? What is she doing today? Biography

Who is Allison Munn?

How rich is she, as of now? Allison Munn Net Worth

As of mid-2021, Allison Munn’s net worth is estimated at over $2 million, acquired through her successful involvement in the world of entertainment as a professional actress, who has garnered 35 television and film acting credits since she launched her career in 2000.

Allison Munn spent her early years in her hometown of Columbia, where she was raised by her father Russell Munn, who was a political lobbyist, and her mother Nadine Munn, a homemaker; her brother is Russell Clark Munn Jr. She holds American nationality and belongs to White Caucasian ethnic group. Regarding her education, Allison went to the AC Flora High School. Upon matriculation, she attended The College of Charleston.

She landed her debut leading role in the Off-Broadway show “The Fantasticks” at the Sullivan Street Theatre, performing in more than 500 shows between 1988 and 2000. She also auditioned for several TV and film roles, which led her to make her TV debut as Gretchen in the CBS sci-fi comedy-drama series “Now And Again” (1999-2000). It was followed by her portrayal of Emily Harlin in an episode of the NBC crime drama series “Law & Order: Special Victims Unit” in 2000.

Allison Munn’s big break came in 2001 when she was selected to play Caroline Dupree in the Fox period sitcom “That ‘70s Show”, next to Ashton Kutcher, Topher Grace and Mila Kunis, remaining until its finale in 2006; the series was nominated for 16 Primetime Emmy Awards, and is Fox’s second-longest-running live-action sitcom ever.

Concurrently, Allison continued to work on other projects, and guest-starred in such TV series as “2gether”, “Boston Public”, and “Charmed”. She also worked on two made-for-TV film titles, “St. Sass” (2002) and “Sweet Potato Queens” (2003). Besides that, she made her debut feature film appearance as Allison in the 2002 coming-of-age drama film “Local Boys”.  The same year, she portrayed Hannah in the drama film “White Oleander”, alongside Michelle Pfeiffer and Alison Lohman in the film based on the novel of the same title written by Janet Fitch.

Allison Munn’s next major role came in the following year, when she joined the main cast of the second season of The WB sitcom “What I Like About You”, in which she played Tina Haven until the series ended in 2006.

Simultaneously, she featured as Desk Clerk Charlotte in Cameron Crowe’s 2005 romantic tragicomedy film “Elizabethtown”, with Orlando Bloom, Kirsten Dunst, Alec Baldwin and Susan Sarandon. In the same year, she played Tequila in the comedy film “A Couple Of Days And Nights”, written and directed by Vaughn Verdi.

After landing the role of Mary in the 2007 comedy film “Farm Girl In New York”, Allison Munn went on to play Cindy in “Carpoolers”, the short-lived ABC sitcom that aired from 2007 to 2008. Following the cancellation of the show, she joined the cast of The WB/CW drama series “One Tree Hill” in 2009, starring in the recurring role of Lauren, Jamie Scott’s teacher, until the series ended in 2012.

Concurrently, she featured as Tami Manly in the 2010 made-for-TV comedy film “Wright vs. Wrong”, next to Melissa Rauch and Carrie Fisher, followed by her portrayal of Kayte in the 2011 short comedy-drama film “I’m Having A Difficult Time Killing My Parents”. She then guest-starred in such TV series as “Family Tools”, “That Puppet Game Show”, and “Dads”.

In 2014, Allison Munn was cast as Catherine in the horror-thriller film “The Devil’s Hand”, directed by Christian E. Christiansen.

Later that year, she was offered the main role in the Nickelodeon comedy series “Nicky, Ricky, Dicky & Dawn”, in which she portrayed Anne Harper, co-starring alongside Brian Stepanek, Aidan Gallagher and Lizzy Greene; the series ended with the fourth season in 2018. While filming it, Allison made appearances in such TV series as “Instant Mom” and “It’s Always Sunny In Philadelphia”. She also played Carly Calhoun in “Nickelodeon’s Sizzling Summer Camp Special” in 2017, the made-for-TV comedy film.

Most recently, Allison provided her voice to various characters in the popular Fox animated sitcom “Family Guy” (2020); the series received 12 Primetime Emmy Awards nominations and was named the greatest TV cartoon of all the time.

In the same year, she also starred as a community member in the short film “Know Your Ballot CA: Prop 15”, and then took the main role of Cassy in the Netflix sitcom “The Big Show Show”, co-starring next to Paul Donald Wight II a.k.a. Big Show.

After dating for two years, the couple took a step closer to marriage when he popped the question in December 2006, in Paris, France. The couple eventually tied the knot at a ceremony that was held on 17 November 2007 at the French Huguenot Church in Charleston, South Carolina.

They are the parents of two children. She gave birth to their first child, a son named Nathan Powell on 15 November 2011, and welcomed their second child, a daughter named Nora in 2015. The family’s current residence is in Los Angeles, California, where they live with a pet terrier named Buster Keaton.

Allison is known for supporting and being actively involved in Rock the Vote, a non-profit political organization that encourages young people to take part in the political process.