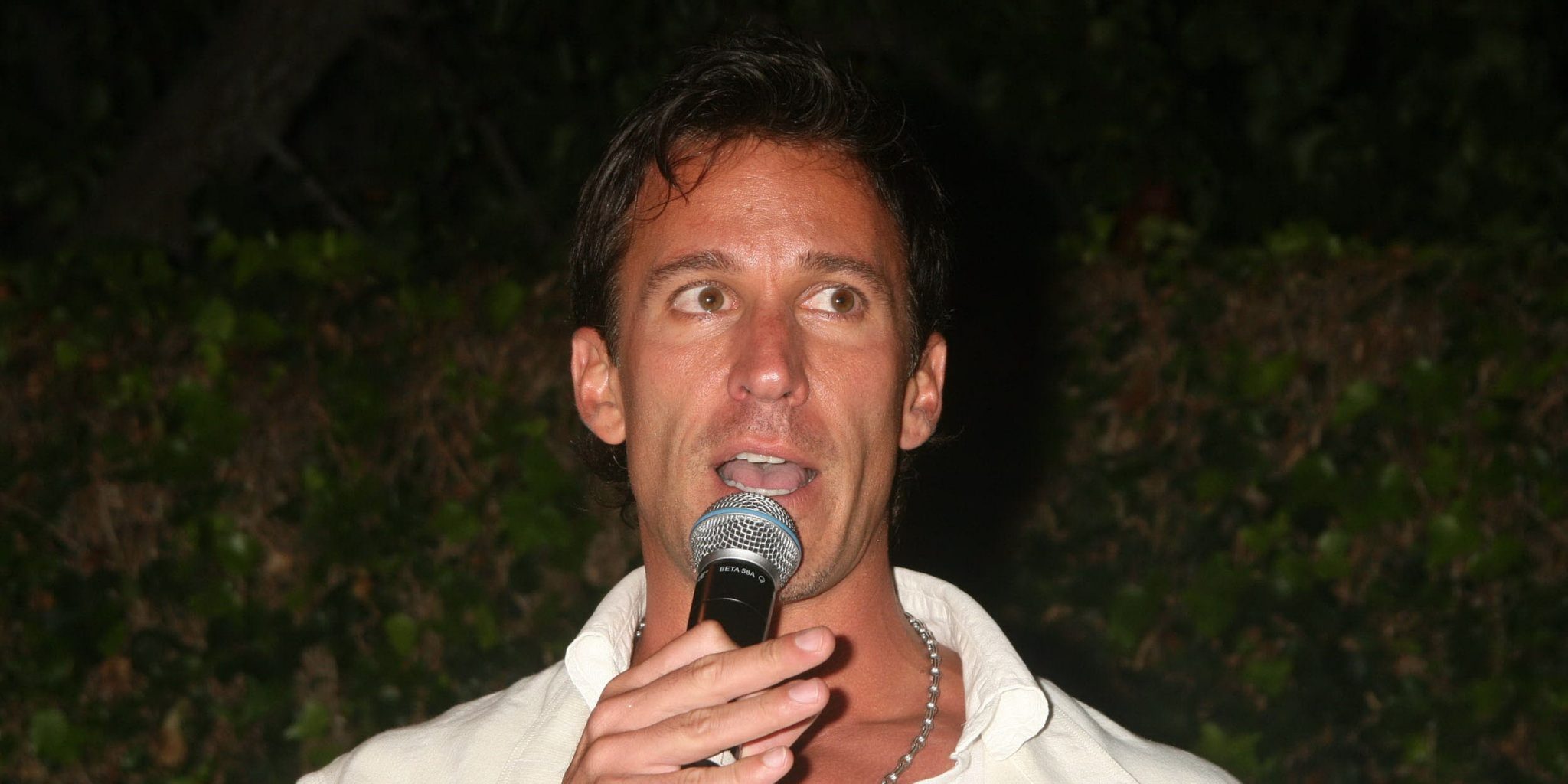 Where is Dan Cortese from MTV Sports today? Wife, Age

Who is Dan Cortese?

Dan James Cortese was born in Sewickley, Pennsylvania USA, on 14 September 1967 – his zodiac sign is Virgo and he holds American nationality. He is an actor, who is perhaps known best for his portrayal of one of the lead characters Perry Rollins in the comedy series “Veronica’s Closet”, which also starred Kirstie Alley and Kathy Najimy, and follows Veronica Chase who has recently divorced her husband and is working as a romance expert. The series aired from 1997 to 2000 and won nine awards, while it was nominated for 11 others including a Golden Globe.

Although he hasn’t appeared in any new movies or TV series since 2015, Dan hasn’t officially retired from acting.

Actor and host Dan Cortese starred in VERONICA'S CLOSET and MELROSE PLACE.See him on HOT IN CLEVELAND — 7:30p ET. What have you seen him in?

Dan was raised in in Sewickley alongside his two brothers and a sister by their parents, about whom nothing is known except that they were very supporting of all Dan’s decisions.

Dan studied at Quaker Valley High School, at which he became interested in sports and played both football and basketball for the school’s teams. Upon matriculating in 1985, he enrolled at the University of North Carolina on a football scholarship, and graduated with a Bachelor of Arts degree in broadcasting.

Dan made his debut TV series appearance with his portrayal of Kyle Donovan in the pilot of the 1987 drama “General College”, but which wasn’t picked up by any network.

Six years later, he was cast to play the main character Arthur Clark in the adventure “Route 66”, but that was cancelled after airing four episodes.

Dan gained recognition in 1994, when cast to star as Chris alongside Lindsay Crouse and Piper Laurie in five episodes of the drama “Traps”, then in 1995, he portrayed Jess Hanson in nine episodes of the romantic drama “Melrose Place”, which aired from 1992 to 1999 and won six awards. The year 1997 saw him play the supporting character Dan Montgomery in the comedy “The Single Guy”, and his following notable performance was in 2003, when cast to star as Jimmy Cox in the family comedy “Rock Me, Baby” created by Tim Kelleher and which also starred Bianca Kajlich and Carl Anthony Payne II; it follows Jimmy, who was leading a care-free life until the birth of his son Otis.

In the same year, Dan was cast to play the supporting character Vic Meladeo in the hit comedy “What I Like About You”, which starred Amanda Bynes, Jennie Garth and Wesley Jonathan, and follows Holly who moves in with her sister Valerie in New York City, completing her life; the series was nominated for 10 awards. In 2009, Dan appeared as Onno in 10 episodes of the comedy “Surviving Suburbia”.

Three of his most recent roles in TV series have been in the 2010 episode “The Late Shaft” of the crime comedy “Castle”, the 2011 episode “High Road Is the Guy Road” of the comedy “Man Up!”, and the 2012 episode “God and Football” of the hit comedy “Hot in Cleveland”.

Dan made his debut film appearance in the 1993 critically acclaimed action science fiction thriller “Demolition Man”, which starred Sylvester Stallone, Wesley Snipes and Sandra Bullock, and follows a former police officer who is released from prison to help catch a wanted criminal. The movie won one of the eight awards it was nominated for.

The year 1996 saw Dan play Melvin Purvis in the crime thriller “Public Enemies”, while he also appeared in the romantic comedies “A Weekend in the Country” and “Two Guys Talkin’ About Girls”, and the horror thriller “The Lottery”. In 1997, Dan played the lead character Peter Slater in the action drama “Volcano: Fire on the Mountain”, which attracted little attention and received poor reviews, then in 2000 he starred alongside Virginia Madsen in the romantic comedy “After Sex”.

The year 2001 saw him star in the horror thriller “The Triangle”, and in 2007, he played a supporting character in the romantic comedy “Everybody Wants to Be Italian”, written and directed by Jason Todd Ipson, and which starred Jay Jablonski, Cerina Vincent and John Kapelos; it follows the story of two non-Italian people who pretend they’re Italian, hoping to win the heart of the other.

Three of Dan’s most recent roles in movies have been in the 2008 family sports comedy “Soccer Mom”, the 2011 mystery “Brain Trust”, and the 2015 family comedy “Changing Seasons”.

He sang the song “Macarena” in the 2004 episode “Love at First Sight” of the series “Rock Me, Baby”, and also sang “Someone’s in the Kitchen with Daddy” of the series “What I Like About You”.

He directed the 2006 episode “The Other Women” of the series “What I Like About You”.

Dan is quite secretive when it comes to his love life, but it’s known that he was once a married man. He exchanged vows with Dee Dee Hemby on 21 May 1994 in a private ceremony attended by their close friends and family members, and Dee Dee went on to give birth to their two children, Roman and India Isabella. Dan and Dee Dee divorced on 24 June 2012 for unknown reasons.

Dee Dee is a former model, and an actress with just a single credit to her name: in 1996, she portrayed Barfly in the movie “Two Guys Talkin’ About Girls”.

Dan hasn’t mentioned any other women he had perhaps dated before meeting Dee Dee, however, as of February 2021, he appears to be in a relationship with a woman named Carolina London; he was once married and has two children.

Dan is interested in writing, and has just recently authored his first book – “Step Off! My Journey from Mimbo to Manhood”.

Dan loves to travel, and has been all around the US for both work and pleasure, while he’s also been to various European countries, including England, Greece and Italy.

Summer is his favorite season, as he enjoys being close to the ocean.

He has his own favorite actors and actresses, some of whom are Jim Carrey, Tom Hanks and Julia Roberts, and a couple of his favorite movies are “Liar Liar”, “The Terminal” and “The Runaway Bride”.