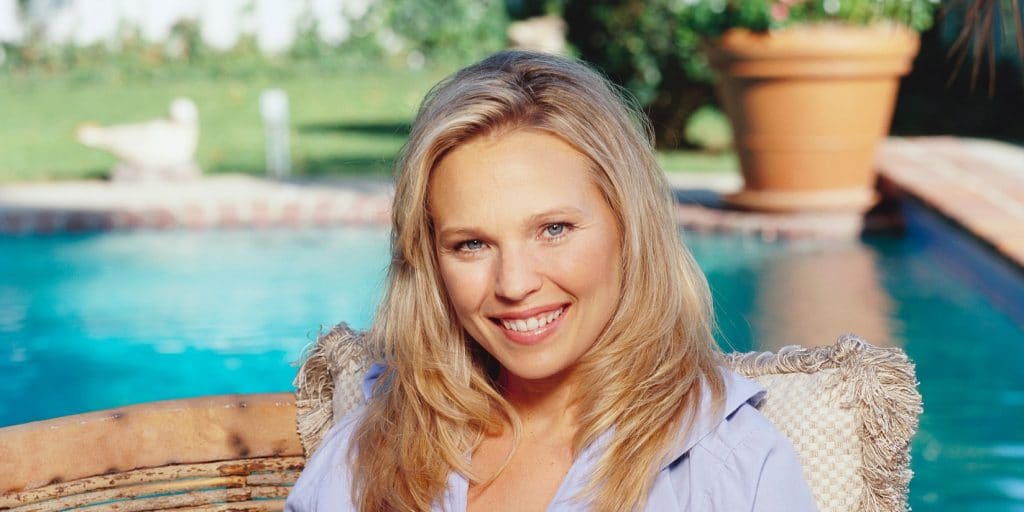 Where is Kari Michaelsen now? What is she doing today? Wiki

Who is Kari Michaelsen?

Kari Michaelsen was born as Kari Markussen in Manhattan, New York City USA, on 3 November 1961 – her zodiac sign is Scorpio, and she holds American nationality. She’s a retired actress, motivational speaker and a TV personality, who’s perhaps still known best for her portrayal of Katie Kanisky, one of the main characters in the comedy series “Gimme a Break!” It was created by Sy Rosen and Mort Lachman, aired from 1981 to 1987, and also starred Nell Carter and Lara Jill Miller. The series follows Nell who has become the housekeeper of the Kanisky family, which comprises police chief Carl, his three daughters and a foster son. It was nominated for 14 awards, including two Primetime Emmys.

Kari was raised an only child in Manhattan, by her father Arne Markussen who was a singer, and her mother Roberta Stevenson who was a dancer.

Kari became interested in acting at a quite an early age, and was 11 years old when she began appearing in theatre plays. In 1975, she moved with her family to Beverly Hills, California, and the following year saw her make her debut film appearance in the short drama “Joy Ride: An Auto Theft”. Kari studied at Beverly Hills High School, and upon matriculating in 1979, she enrolled at the University of California, Los Angeles, from which she graduated with her Bachelor’s degree in marketing and promotion in 1983.

In 1980, Kari appeared in the comedy drama “Scared Straight! Another Story”, and gained recognition in the following year, when she played a supporting character in the drama “The Choice”, written by Dennis Nemec, directed by David Greene, and starring Susan Clark, Mitchell Ryan and Largo Woodruff. The film follows the 20 years old Michael and Lisa who have been living together for over a year, while Lisa has now found out that she’s pregnant, and is thinking about having an abortion.

In 1981 as well, Kari appeared in the fantasy horror comedy “Saturday the 14th”, which follows a family who have moved into an old mansion, and have learned that all the monsters of the world are living inside “Book of Evil”, found at the mansion; the film was nominated for four awards.

Her first lead role was in the 1983 family comedy “The Kid with the 200 I. Q.”, written by Oliver Hawthorne, directed by Leslie H. Martinson, and which also starred Gary Coleman and Robert Guillaume. It follows a highly intelligent teenager who’s adapting to college life, its parties and romance.

Kari’s final film role before retiring from acting was in the 1989 drama “Girl Talk”. It follows four women who are spending some time together, to get some rest from their husbands.

Kari made her debut TV series appearance in 1980, with her portrayal of Ellen Marshall in the episode “Little Mother” of the family comedy “Diff’rent Strokes”. It aired from 1978 to 1986, and was quite popular, winning two of the 34 awards for which it was nominated.

The following years saw Kari make a guest appearance in an episode or two of various series, such as the family comedy drama “Eight Is Enough”, the mystery crime drama “CHiPs”, and the action adventure drama “The Incredible Hulk”. In 1982, she was cast to play Cassie, in the episode “Legends/The Perfect Gentleman” of the adventure comedy “Fantasy Island”, created by Gene Levitt, starred Christopher Hewett, Herve Villechaize and Ricardo Montalban, and follows a one of a kind resort island run by Mr. Roarke. The series aired from 1977 to 1984, and was nominated for 10 awards, including seven Primetime Emmys.

Three of Kari’s final roles in TV series, before retiring from acting, were in episodes of the adventure comedy “ABC Afterschool Specials” and “Trust Your Hart” of the action crime adventure “Hart to Hart”, both in 1983, and the 1989 episode “Joey & Stacy and… Oh, Yeah, Jesse” of the family comedy drama “Full House”.

Kari featured in the 1983 TV special documentary “Circus of the Stars #8”, and in 1984, she was a panelist in the show “Match Game/Hollywood Squares Hour”.

Kari’s to be featured in the upcoming documentary movie “David Mirisch, the Man Behind the Golden Star”.

Life after retiring from acting

Since 1990, Kari has been working as a public speaker, and has hosted numerous educational seminars. Since giving birth to her son, she’s spent time at home, focused solely on raising him.

Back in 1983, Kari was in a relationship with Andy Gibb, the late British/Australian singer-songwriter, who died on 10 March 1988, five days following his 30th birthday. His three brothers Maurice, Robin and Barry, were members of the famous music group The Bee Gees. Kari and Andy were together for close to a year.

In 1985, Kari began dating Michael J. Fox, a Canadian-American actor and activist, who’s perhaps still known best for his portrayal of Marty McFly, in the film trilogy “Back to the Future”. The two were together for over a year, before splitting for unknown reasons.

Sometime in the early 2000s, Kari was shopping for a car when she met the Mercedes-Benz executive David A. Waldock. The two exchanged vows in July 2002, and not long after that, Kari gave birth to their son Nickolas. In 2009, David and Kari divorced for unknown reasons.

Kari has been passionate about travelling since the launch of her acting career, and it took her all around the US, as well as to various European countries. She continued travelling after retiring from acting, thanks to being a motivational speaker.

Summer has been her favorite season since her early teenage years, as she enjoys relaxing at the beach.

She likes to watch sitcoms in her spare time – her favorite actors and actresses are Matt LeBlanc, Jennifer Aniston and Sarah Jessica Parker, while a couple of her favorite comedy series are “Friends”, “That ‘70s Show” and “Sex and the City”.