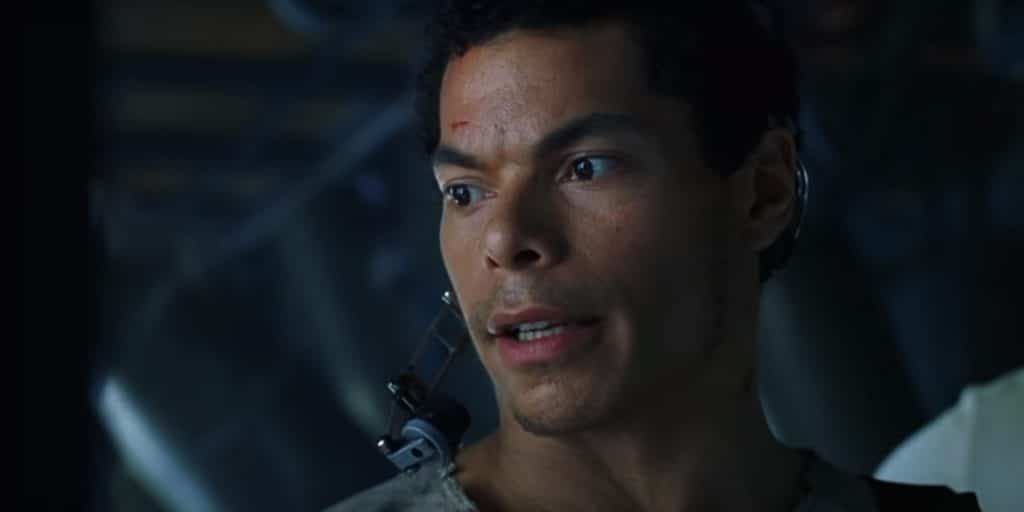 Where is Marcus Chong now? What is he doing today? Net Worth

Who is Marcus Chong?

Marcus Chong was born as Marcus Wyatt in Seattle, Washington State USA, on 8 July 1967 – his zodiac sign is Cancer, and he holds American nationality. He’s an actor, with over 35 credits to his name, while he’s perhaps still known best for his portrayal of Tank, in the 1999 evergreen action science fiction movie “The Matrix”. It was written and directed by Lilly and Lana Wachowski, starred Keanu Reeves and Laurence Fishburne, and follows Neo who has been ‘teleported’ from the world he knows, to an underworld ruled by cyber-intelligence. The movie won 46 awards, including four Oscars, and was nominated for 51 other awards.

Marcus was raised in Seattle by his African-American father Martin Wyatt, a former sports reporter, and his Chinese-American mother, who was a housewife. In 1978, aged 11, he was adopted by Shelby and Tommy Chong.

He launched his acting career in 1978, with his portrayal of Richard in the short video “Lady and the Tramp: A Lesson in Sharing Attention”, and the same year saw him make his debut TV series appearance, with his portrayal of Samson, in the episode “Blind Journey (Part II)” of the critically acclaimed romantic family drama “Little House on the Prairie”.

Marcus continued acting throughout his entire education. He attended a local high school, and was also into sports during his four years there. Upon matriculating in 1985, he didn’t enroll at college, but continued working on his way up in the film industry.

In 1979, Marcus portrayed Frankie Warner, in the hit biographical historical drama “Roots: The Next Generations”, and the following years saw him make a guest appearance in an episode or two of various series, such as the drama “The Lazarus Syndrome”, the romantic drama “Dallas”, and the family comedy “The Facts of Life”.

He gained recognition in 1989 with his portrayal of Jazman in the drama “Generations”, created by Sally Sussman Morina, and which starred Kelly Rutherford, Kristoff St. John and Joan Pringle. It follows the lives of two families, one black, and the other white, and the series won one of the 18 awards for which it was nominated.

Marcus is also known for his starring role in the action adventure drama “Street Justice”.

It aired from 1991 to 1993, starred Carl Weathers, Bryan Genesse and Charlene Fernetz, and follows the life of a police officer, who was a soldier in Vietnam, and would have died if it wasn’t for Grady Jameson, a young boy who saved him. A couple of Marcus’ following roles were in an episode of the mystery thriller drama “Chicago Hope”, the comedy drama “Linc’s”, and the mystery crime drama “Law & Order: Special Victims Unit”.

Marcus’ most recent TV series role has been his portrayal of Caleb in the 2010 episode “Brotherly Love” of the action crime drama “Burn Notice”. Although he hasn’t worked on any projects since 2013, Marcus hasn’t officially retired from acting.

In 1980, Marcus was cast to play Johnny in the crime science fiction comedy “Cheech and Chong’s Next Movie”, but only gained recognition in 1992, with his portrayal of Terry Cosmos in the romantic crime drama “American Heart”. It starred Jeff Bridges, Edward Furlong and John Boylan, and follows an ex-con and his teenage son, as they’re living together in Seattle. The movie was nominated for five awards.

In 1994, Marcus played Fu Qua, in the first, second and fourth installment of the action drama “Vanishing Son”, and the following year saw him portray Huey Newton in the drama “Panther”, which won two of the four awards for which it was nominated.

Marcus’ next notable role came a decade later, in the 2005 action adventure comedy “The Crow: Wicked Prayer”, in which he starred alongside Tito Ortiz and Yuji Okumoto. The film follows a gang leader who wants to become an immortal demon, and for that has to kill a former convict and his girlfriend.

Three of Marcus’ most recent movie roles have been in the 2009 short action drama “Concrete River”, the 2013 short family drama “Son Shine”, and the 2013 short biographical drama “Not 4 Sale”.

In 2013, Marcus produced the short biographical movie “Not 4 Sale”, and the documentary movie “The Marcus Chong Story” in 2018.

Marcus prefers to keep the details of his love life to himself, and hasn’t spoken of any women (or men) whom he has been with, with the exception of Nichole Choice, an American actress and model. The two were introduced by a mutual friend in 2004, and began dating a week later. Marcus and Nichole could’ve been seen attending various red carpet events together, and there were rumors circulating the internet claiming that they were also planning to marry, however, in 2008, the two split for unknown reasons.

There are also some of Marcus’ fans who believe him to be gay or bisexual, and that this is why he has been keeping his love life away from the media’s attention since his split from Nichole, but this hasn’t been confirmed.

In his 20s, 30s and 40s, Marcus’ main hobby was working out, and he had six to seven training sessions at the gym each week. He often showed off his muscular body in his movies and TV series, and working out eventually became important for Marcus’ career.

He has been passionate about travelling since the launch of his acting career, and by the time he turned 18, Marcus had already visited several US states. He has been to various European and Asian countries, but enjoys being in Los Angeles, California the most.

He has his own favorite actors and actresses, some of whom are Clint Eastwood, the late Marlon Brando and Julia Roberts, and a couple of his favorite movies are “The Good, the Bad and the Ugly”, “A Streetcar Named Desire” and “Notting Hill”.