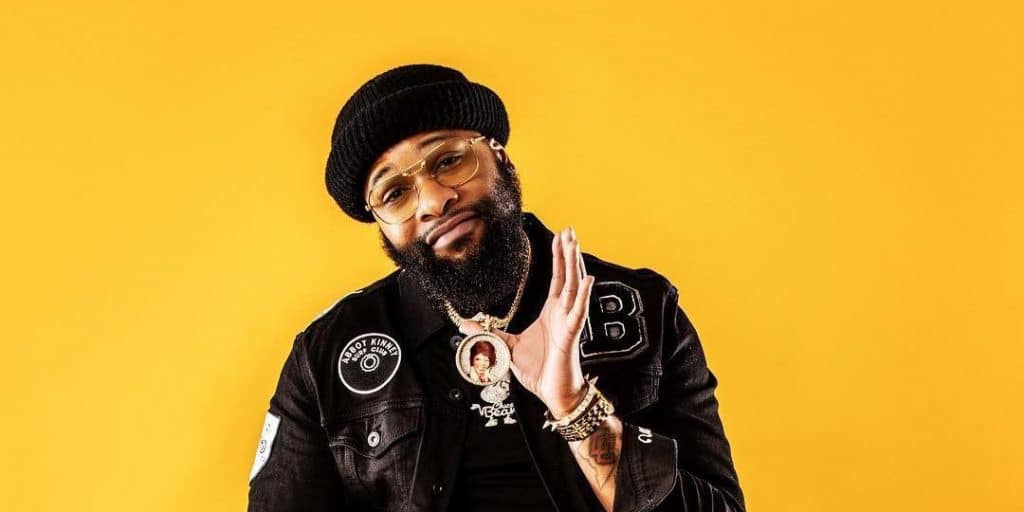 Who Chico Bean Is: Age, Height, Net Worth, Girlfriend, Wiki

Chico Bean is a famous multi-talented personality. who is a producer, actor, singer, and rapper, known best for his successful career in comedy. The famed stand-up comedian has a rags-to-riches story and has trodden a rocky path to rise to prominence, having experienced serious financial setbacks and family tragedies.

Anthony Jamal ‘Chico’ Bean was born under the Aquarius zodiac sign on 20 February 1987, in Washington, D.C., USA, which makes him 34 years old as of 2021. He was born to Tawanda Bean who struggled to make ends meet as she raised him single-handedly. Chico had a rough childhood; his family was involved in a gun violence when he was growing up in the D.C., and was only two year old when he lost six family members on the spot, including his father whose name he hasn’t revealed.

As was the norm for most of Chico’s family members, he was bred into the life of the street; despite this, he broke the circle, and ventured into legitimate endeavors to make a reputable name for himself.

As a child, Bean had a knack for music, and he grew up very passionate about rap – his goal was to become a popular entertainer. Most people found Chico naturally endowed with a good sense of humor as he was growing up. Bean hasn’t revealed where he attended elementary school but it is well known that he got a conventional education and that he went for his tertiary studies in North Carolina College, where he also decided to venture into stand-up comedy.

Anthony got his stage name “Chico” from his uncle as he was growing up.

He enjoys listening to music, and his favourite singers are Michael Jackson and Justina Valentine.

Chico kicked off his career in comedy in Greensboro, North Carolina, in 2007. The talented comedian’s growth in the comic scene in showbiz was gradual, and he started as an opener for other top comedians, gaining recognition for his successful stint as Chris Wiles’ opener. As his popularity grew, Bean collaborated with other established comedians such as Dareen Brand and B-Daht to form the “Freestyle Funny Comedy Show” comedy group in 2009.

A few months later, their group expanded when they were joined by DeMar Rankin Sr. – known mostly as OsamaBinDrankin. The group visited universities, colleges, and comedy clubs where they thrilled their fans with stand-up comedy.

Chico is also a founding member of “Dem WildBoyz” comedy group alongside Karlous Miller and DC Youngfly. The group was particularly popular for their prowess in delivering raw southern comedy to their avid fans.

Chico had a breakthrough in 2011, when Nick Cannon noticed his talent and unique ability to captivate huge crowds at stand-up comedy shows. Nick flew Chico into the well-known Gotham Comedy Club, and gave him an opportunity to be a part of Fresh Faces of Comedy Stand-Up Show. The talented comedian had to redo and rehearse his comedy sketch at short notice, when the showrunners informed him that he was not allowed to use curse words during the performance.

Chico spent a great deal of time revising his comedy sketch and Cannon once revealed during an interview that he witnessed Chico talking to himself as he was trying to redo his skit in accordance with the new guidelines that he had been given. He performed spectacularly at the show, and was encouraged to greater exploits by Nick Cannon.

As soon as Bean learned about “Wild ‘N Out’s” next series on Twitter, he decided to try his luck in the auditions, and Nick Cannon drove to Charlotte, North Carolina to witness his (Bean’s) auditions. Bean was later flown to New York City to audition in front of MTV showrunners before traveling once again for another audition. The skillful comedian emerged positively from all three auditions and was chosen to be on the MTV Show, and has had a recurring role in the show since it aired for the fifth season in 2013.

He also starred in “Wild ‘N Out: Wildest Moments” movie during the same year.

Chico has made a few guest appearances in several films and TV shows, such as “Uncommon Sense with Charlamagne,” “Steve Harvey,” and “HuffPost Live Conversation.” He appeared in two episodes of “Trivia Takedown” game show, and acted in E! Network’s comedy sketch series “The James Davis Project.”

Chico has had many successful performances, such as the 29 November 2017’s University Program Council-sponsored performance at Nebraska Union Auditorium that was free for students – staff, public, and faculty paid an entry fee of $5 however.

Music Career and Other Ventures

The award-winning artist has released several albums, including “The Black Wall Street Comedy Special Live in Tulsa” and “Crack Smoke in Your Body.”

He is also a remarkable writer who has worked on several shows including “Trivia Takedown.” Chico co-wrote and produced BET Hip-Hop Awards of 2020, an annual ceremony held to display the hip-hop community’s major achievements.

On top of his career on stage and screen, Chico owns a merchandise store, which is currently selling just two items, a full-face beanie and a hoodie, but is looking forward to expanding his range and the store.

Chico has kept his personal and romantic life away from the public eye and hasn’t revealed whether he is married or not. Nonetheless, he’s the father to a daughter, Pierce Chanel, but has kept details about the circumstances surrounding Pierce’s birth and the name of her mother under the radar. Chico’s relationship with his daughter is presumably close because he frequently posts his daughter’s photos on his Instagram page.

He is not an outspoken person, but since he’s never been seen publicly with any woman since he began his career, it’s highly speculated that he’s single as of 2021.

Chico is not much into keeping fit but has been keen to reduce his weight and maintain a healthy diet since 2019, and has managed to attain a better physique and now has a masculine body. He is American of Afro-American ethnicity who weighs 198lbs (90kgs) and is 5ft 7ins (1.7m) tall. He has dark brown eyes, black hair and a beard, and also has well-finished tattoos.

Chico has managed to carve a niche for himself in the entertainment industry, and has earned a decent amount of net worth from his career as a stand-up comedian, estimated authoritatively at close to $2 million as of mid-2021, mostly from the entertainment industry. His income varies, however, according to Distractify, “Wild ‘N Out” cast members earn differing amounts per episode – Spanky Hayes, for instance, earns around $26,000 per episode (first season) and Katty Williams makes approximately $50,000 for each episode. Chico must have earned a substantial amount of income considering the fact that he has made appearances in close to 120 episodes of this show, and since he is still actively contributing to the entertainment industry and his popularity is increasing, his earnings and net worth is expected to rise steadily.